Love Goes is out 10/30 via Capitol Records

“Diamonds” hits the scene with an official video showing Smith dancing freely within an empty house. Emerging from a stormy night to greet the morning sun, Smith is absolved of their worries as a new day commences. The video was directed by Emmy award-winning filmmaker and longtime cohort, Luke Monaghan. Watch below.

Love Goes will feature 17 songs written over the course of the past two years. The pandemic gave Smith a fresh perspective on the album and impacted both its title and the recording of tracks such as “My Oasis,” a cross-continental collaboration with Burna Boy. In addition to a Labrinth feature on the title track, the album contains Smith’s megahit collaborations with Demi Lovato, Calvin Harris, and Normani.

Sam’s new album is the follow-up to the 2017 smash, The Thrill Of It All, which debuted at No. 1 on the Billboard 200 and also topped the charts in the U.K., Ireland, New Zealand, Norway, Sweden, the Netherlands, and Belgium. The album included the hit single “Too Good At Goodbyes,” which recently became Smith’s second song to receive over a billion streams on Spotify, after “Stay With Me.” With over 30 billion career streams and 20 million albums sold, Sam Smith’s third album will be on the fall’s major releases. See the full tracklist and pre-order here. See past Sam Smith coverage here. 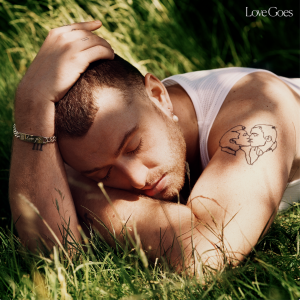