Little Dark Age out via Columbia Records
It’s been over a decade since psychedelic rock band duo MGMT released their critically-acclaimed debut album Oracular Spectacular. The iconic acid-tinged album is packed with the classic tracks “Weekend Wars,” “The Youth,” “Pieces of What,” “Of Moons, Birds & Monsters,” as well as three international breakout hits that may outlive us all — “Time to Pretend,” “Electric Feel,” and “Kids.”

Three tracks that contributed heavily to a growing wave of mainstream indie rock in the late 2000s, and sparked a new era of creativity and musical experimentation in the early 2010s. In the process, MGMT transformed from college pranksters and bandmates into bonafide rock stars. A transition the group seemed disinterested or unable to maintain as they released newer music, and as other bands set out to perfect the sound that made MGMT a household name.

Since Oracular Spectacular, the band has released two additional albums, 2010s Congratulations, which peaked at #2 on the Billboard 200, and their self-titled third album MGMT in 2013. The albums were progressively more experimental than their radio-friendly debut, and never quite produced major hits, which alienated fans and sent some critics running for the hills. We, however, never miss a chance to see MGMT.

When we first caught the duo during their Congratulations tour stop at Merriweather Post Pavilion in 2010, we were in complete awe of their show and performance. The band opened with “The Youth” and ripped through 16 other songs after, playing almost their entire first two albums and even giving a nod to their 2005 Time To Pretend EP by playing “Destrokk.” It was an amazing tour and an unforgettable night. The two following times we saw Andrew and Ben perform live, we enjoyed the sets, but felt more nostalgic than fully engaged.

RELATED: Watch MGMT perform “Me and Michael” and “Electric Feel” on Colbert

During their 2013 set at Virgin Mobile FreeFest, the band opted to skip their biggest hit “Kids,” which felt odd at the time, but also indicative of the band’s stance on their past success by 2013. Of course, they didn’t have to play the track, but for many (including us) it was exactly what we needed that rainy day in Maryland. Regardless, the entire set was pretty good overall. The kaleidoscope glitches and visuals illuminated the entire pavilion with every malfunction which was exciting as usual. We caught the group again in 2014 while performing at Coachella in support of their album MGMT. The set was a few songs shorter than FreeFest, and the crowd fluctuated in excitement with many waiting for the “big 3” songs that always incite literal panic.

MGMT delivered a strong performance and even joined Kid Cudi for his set that weekend, but their newer songs seemed to leave fickle fans in the crowd mumbling through lyrics. The band ran off to Europe for Glastonbury and their tour soon thereafter. But when their most experimental album MGMT fizzled,  Andrew and Ben decided to take a small hiatus, with Ben moving to California and Andrew staying in New York.

Almost two years after starting their hiatus, on Christmas Day in 2015,  MGMT delivered the best gift to fans worldwide by announcing their imminent return. While new music did not follow in the year after the announcement, by late 2016 an untitled album was in confirmed to be in progress and by mid-2017, a teaser along with the title of their forthcoming album was announced through social media. That album is 2018s Little Dark Age, MGMT’s first album in five years and a long-overdue return to music.

Little Dark Age, the duo’s closest convergence to the indie pop sounds of their debut effort, finds MGMT experimenting with waves of 80s-inspired electro-pop melodies, and delivering some of their catchiest hooks in years. The album presents a rather clean sound, removing a lot of the fuzzy experimental noise that haunted their third album. According to the band, the album is noted to be a commentary on the current political and social state of the world, with VanWyngarden claiming in a January interview with Rolling Stone Magazine, the duo was “more inspired to write pop music” following the most recent election when “evil took over the world.”

The 10-track album opens with “She Works Out Too Much,” a tongue-in-cheek track about dating apps and dating in the era of social media. “Sick of liking your selfies / should’ve gone with my gut… but I’m constantly swiping it, tapping” sings Andrew in the opening verse. It’s an upbeat and jazzy opener to an otherwise dark and electro-psych album. The title track, released in October 2017, follows, and is a melancholic and goth-electronica hit, while “When You Die” offers one of the best lines of the album with “go f*** yourself/you heard me right/don’t call me nice again.” TSLAMP (or “time spent looking at my phone”) is another angsty track about the dictating power of technology, wrapped in a light-hearted, Spanish-inspired tune.

“James,” about the band’s guitarist, is an ode to friendship and features a prominent French horn. While the nearly 5-minute “Days That Got Away” is a trippy jam session with Chairlift’s Patrick Wimberly and New Zealand psychedelic pop artist Connan Mockasin. A great interlude of sorts before our absolute favorite track on the album, “One Thing Left to Try.” An anthemic, upbeat, and concisely experimental track that should be all over alternative radio. Track 9 is “When You’re Small,” a softer track about the dichotomy of the highs and lows in our life, and the relativity of the issues we see as grand at the moment. The album closes with “Hand It Over” which VanWyngarden is quoted as telling Rolling Stone is directly about the most recent election results.

Overall, Little Dark Age is a strong comeback album for a band that alienated most of their fans during what should have been their most critical career years. It’s clear MGMT still has a pulse on experimental pop music, and strong evidence Andrew and Ben can still write catchy tracks that bend the realms of mainstream culture and music. While the numbers may not reach the 500+ million Spotify streams shared by “Time to Pretend,” “Kids,” and “Electric Feel” — we join the listeners that have streamed the new album’s singles 40 million times, in playing Little Dark Age on repeat. It’s simply their best work in years.

MGMT recently finished the first leg of their “Little Dark Age” tour, which included sold-out dates in Atlanta, New York, DC, Chicago, and a stop at the Late Show with Stephen Colbert. We knew we couldn’t miss their show, so we caught them at The National in Richmond, Virginia. The show opened with LDA’s title track, which was a great choice in the spirit of ringing in a new and welcomed era. “When You Die” followed before the opening notes of “Time to Pretend” engulfed the theater. “She Works Out Too Much” finds Andrew on a stationary bike for the track, and we were excited to hear most of the new album live.

Performances of “Alien Days” and “Congratulations” felt like welcomed throwbacks instead of forced diversity on the setlist, and “Me and Michael” featured a groovy disco ball similar to their Colbert performance. The band closed their show with “Kids” before returning for an encore of “Hand It Over” and one of our favorite tracks “The Youth.” It was an amazing night that reminded us of the first time we stood in the grass at Merriweather and watched this iconic band shred. Andrew and Ben still sound great live, and the new live show is a must-see.

MGMT will kick off the next leg of their tour in May, with a show in Denver, across Canada, and the west coast. They’ll play at Firefly Music Festival alongside Kendrick Lamar, Eminem, The Killers, and Arctic Monkeys, before joining the festival circuit across Europe and select cities in South America. Check out our photos from their show in Richmond, and go see MGMT the absolute next chance you get.
STREAM Little Dark Age 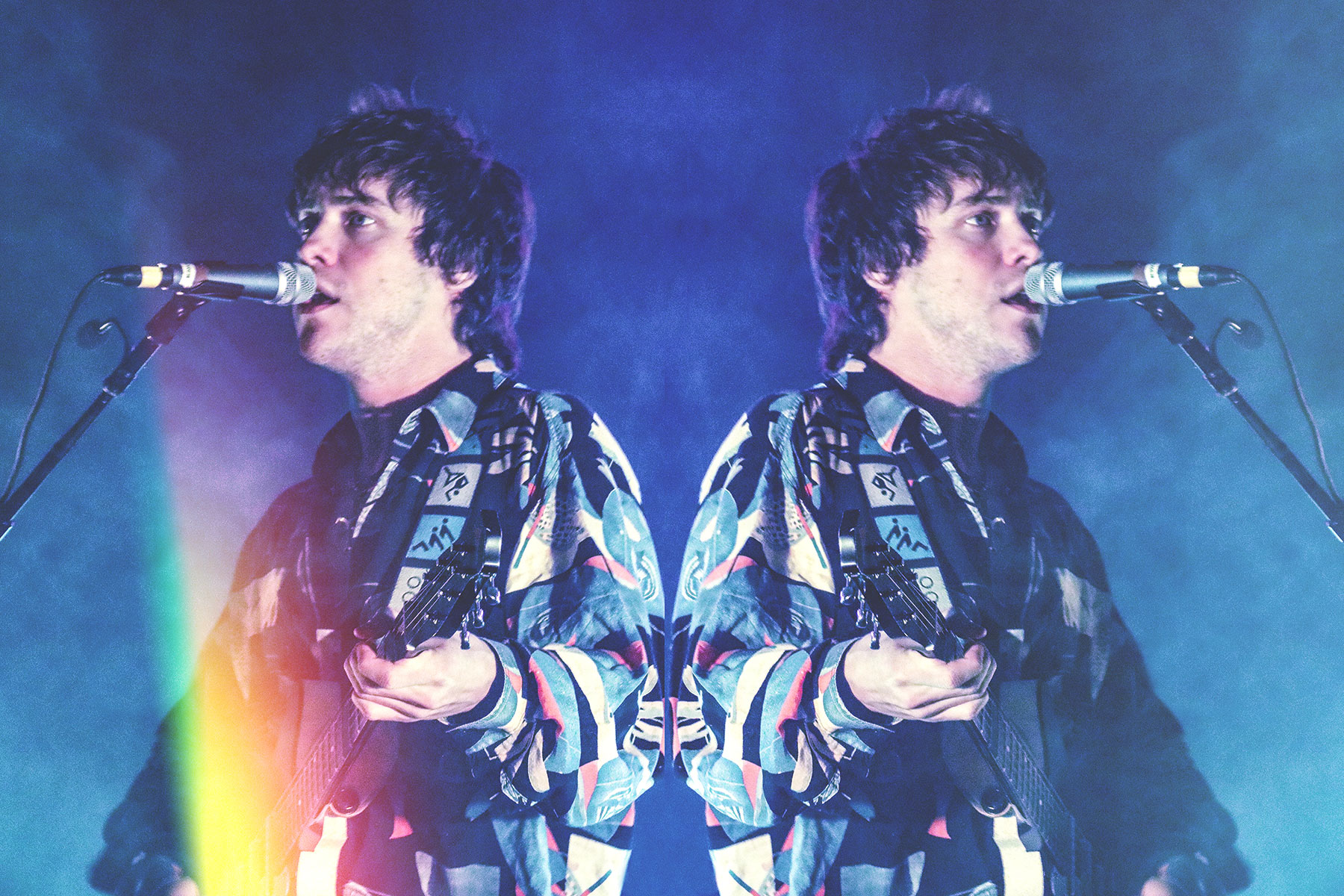 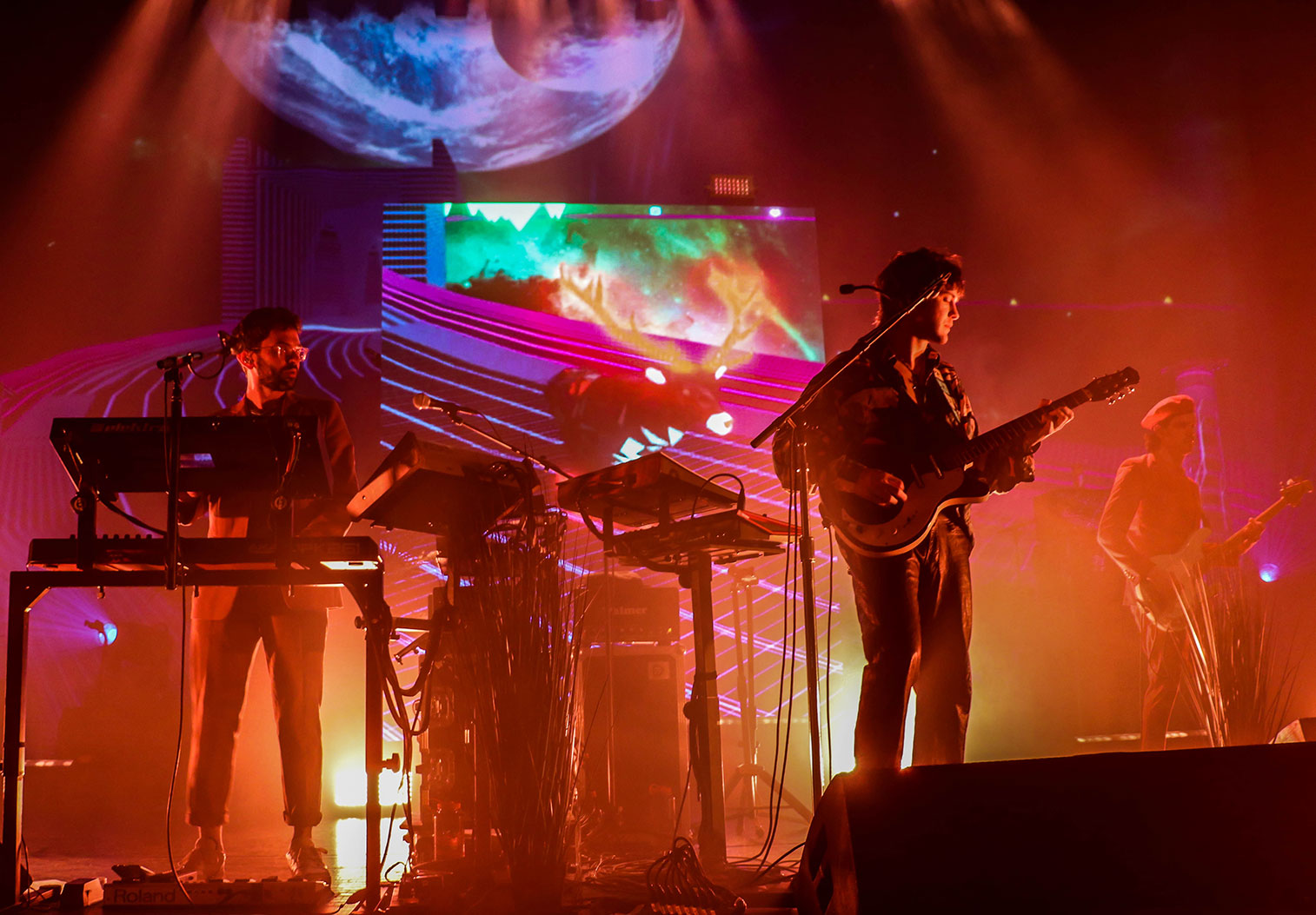 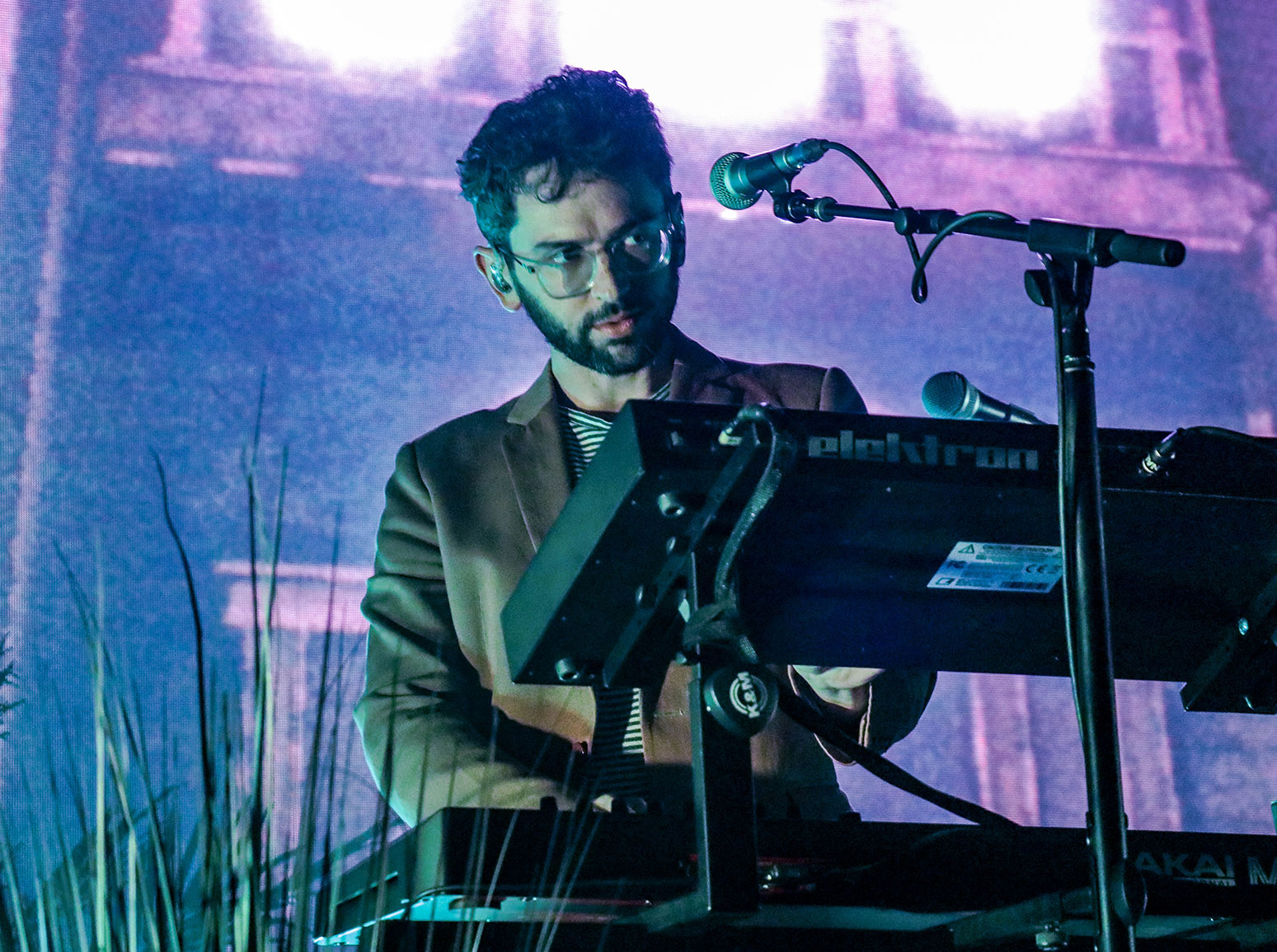 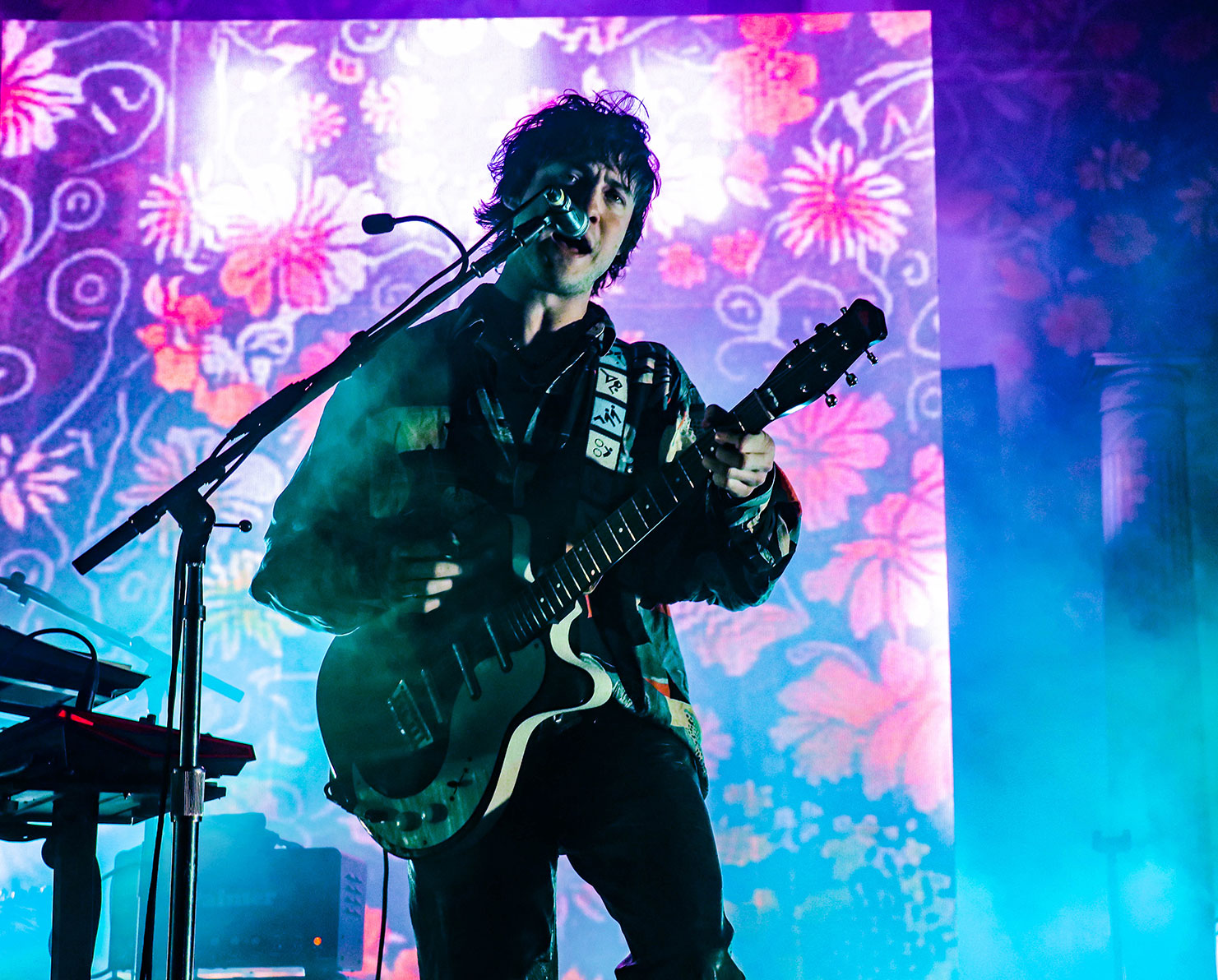 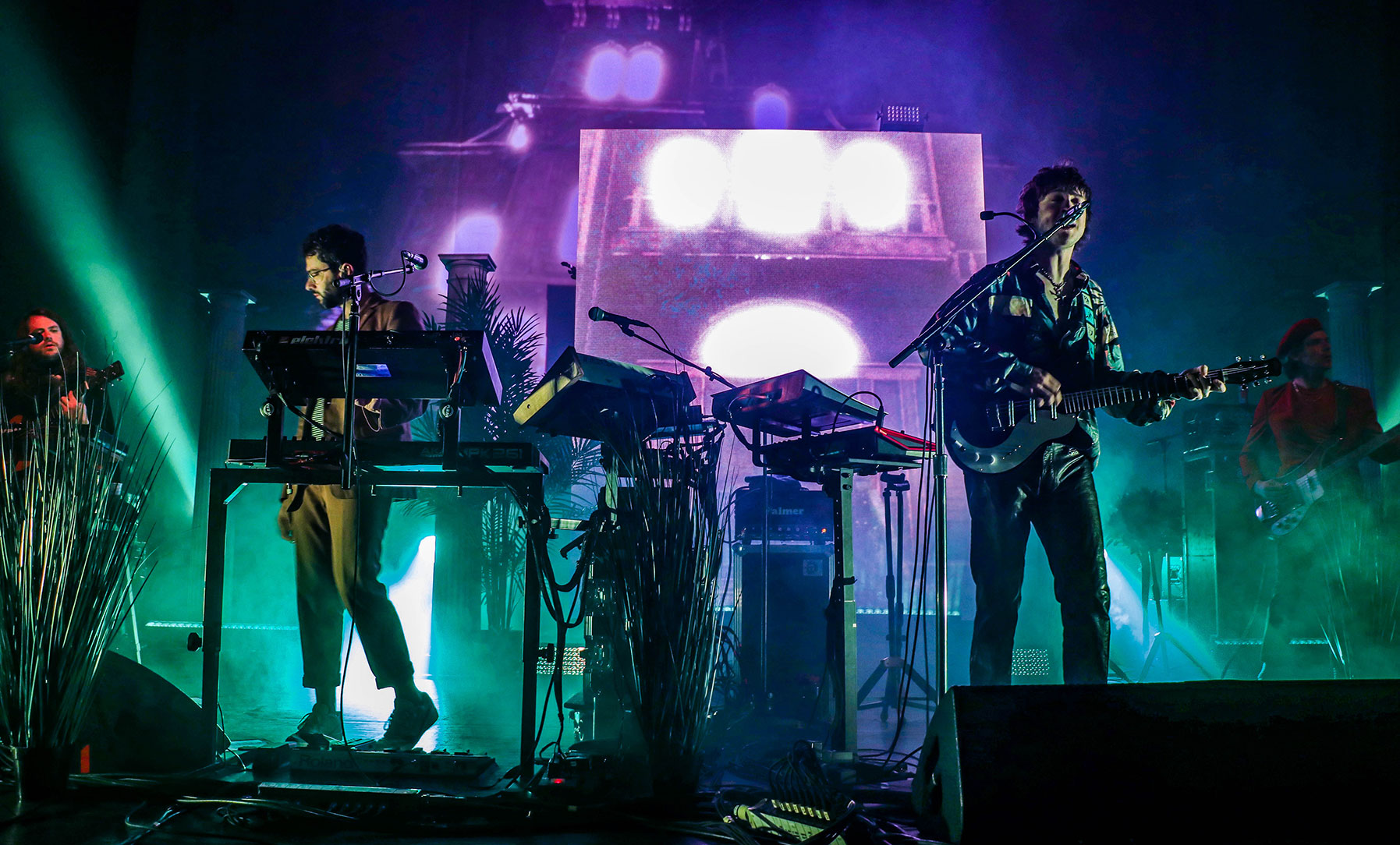 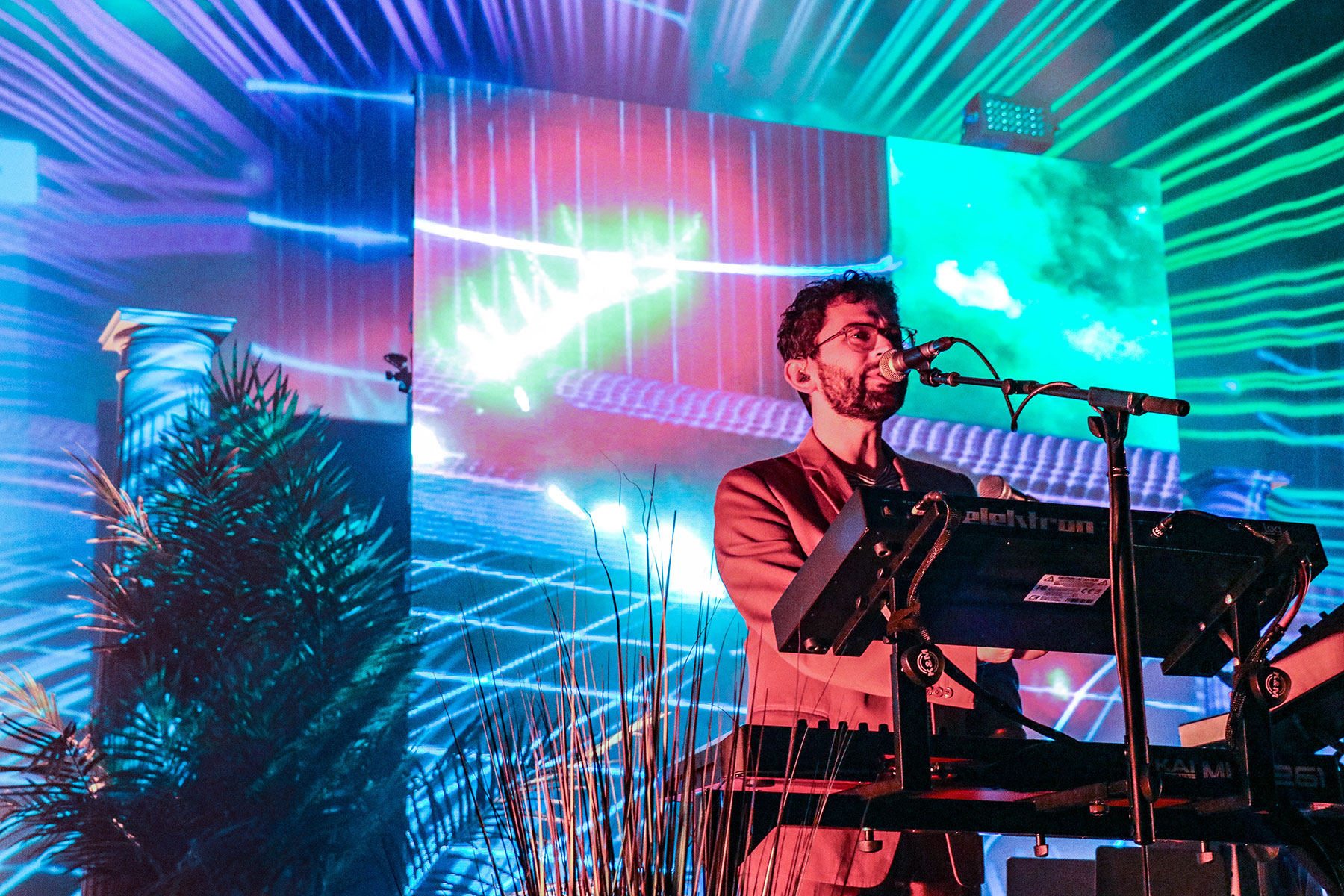 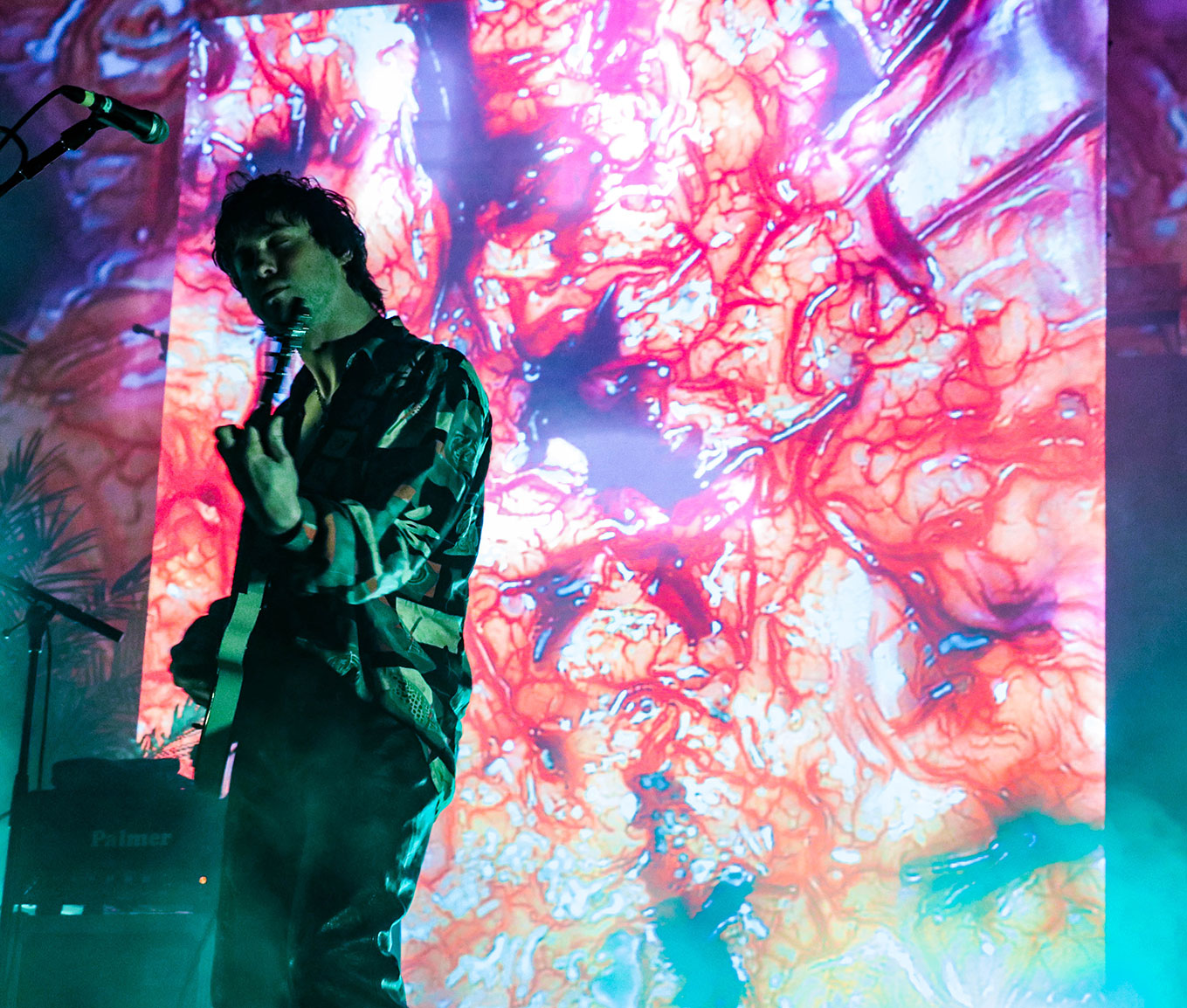 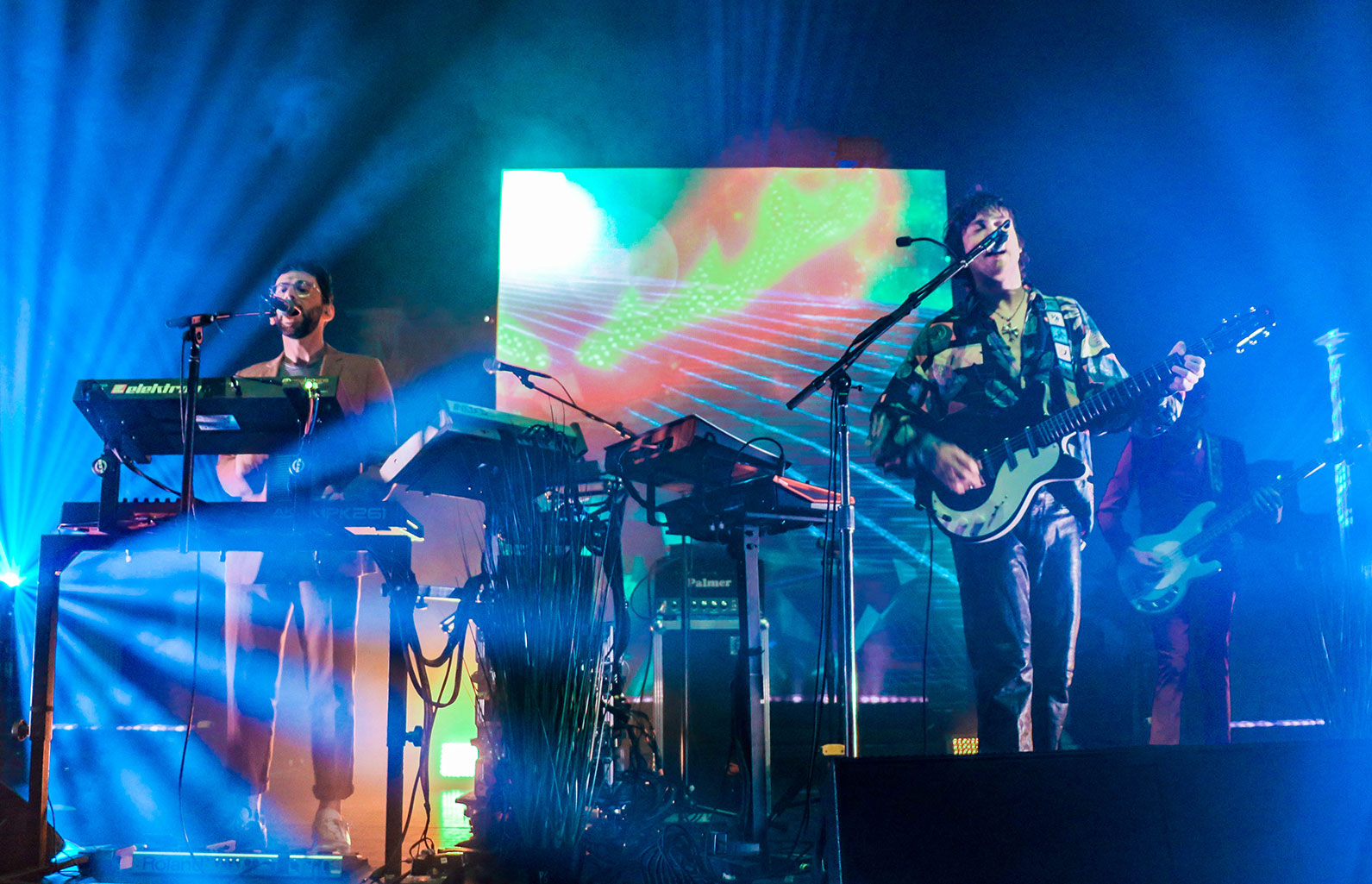 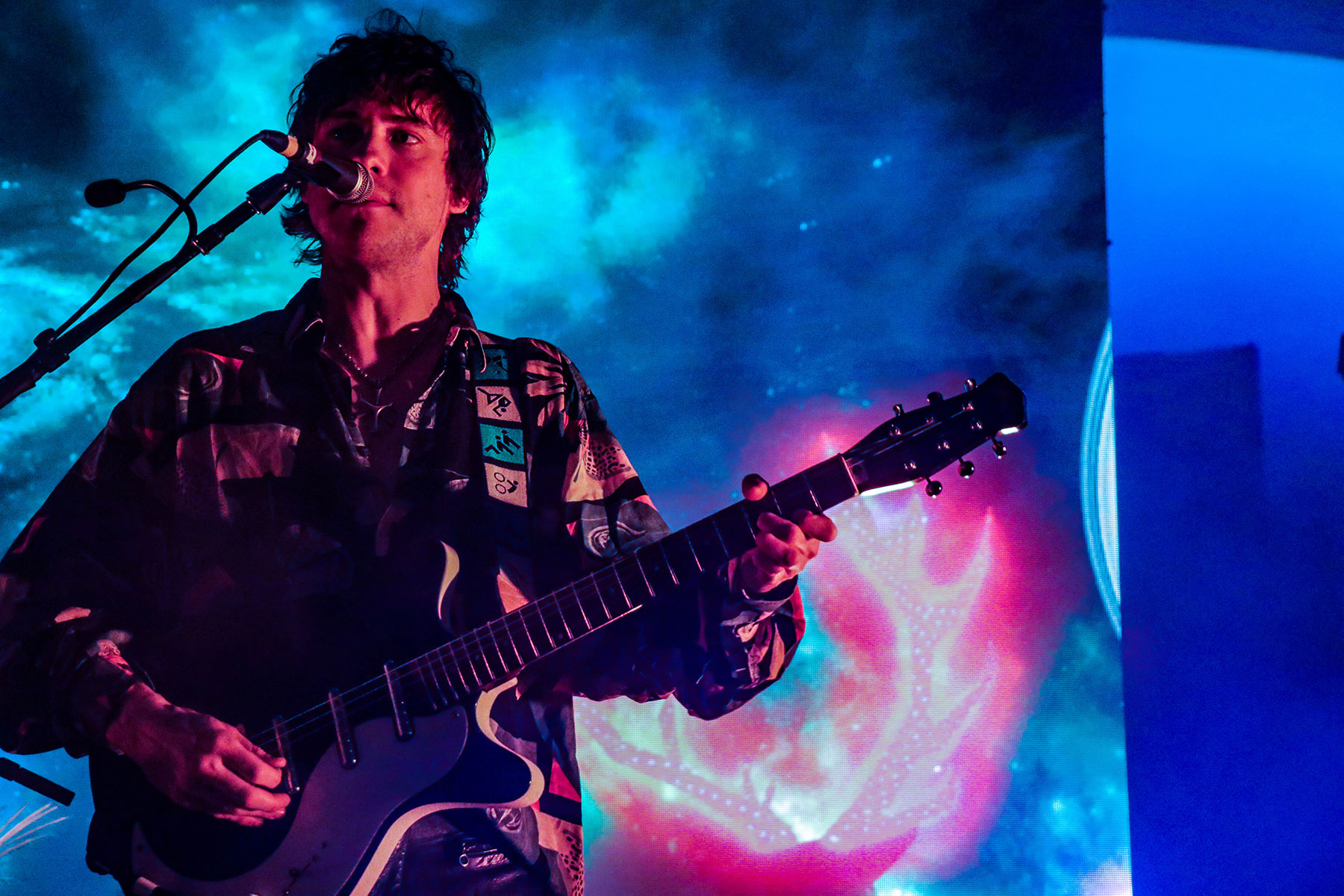 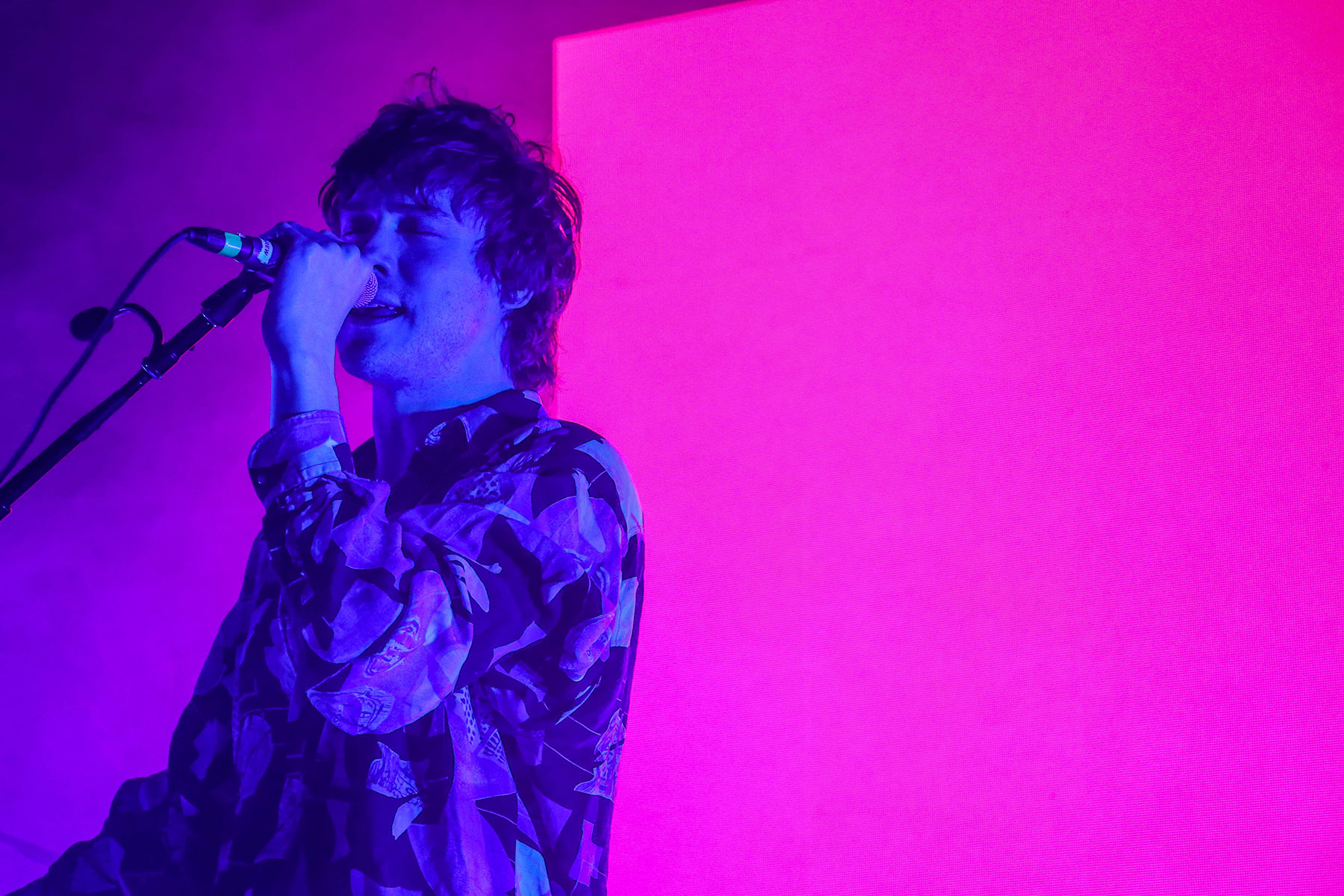 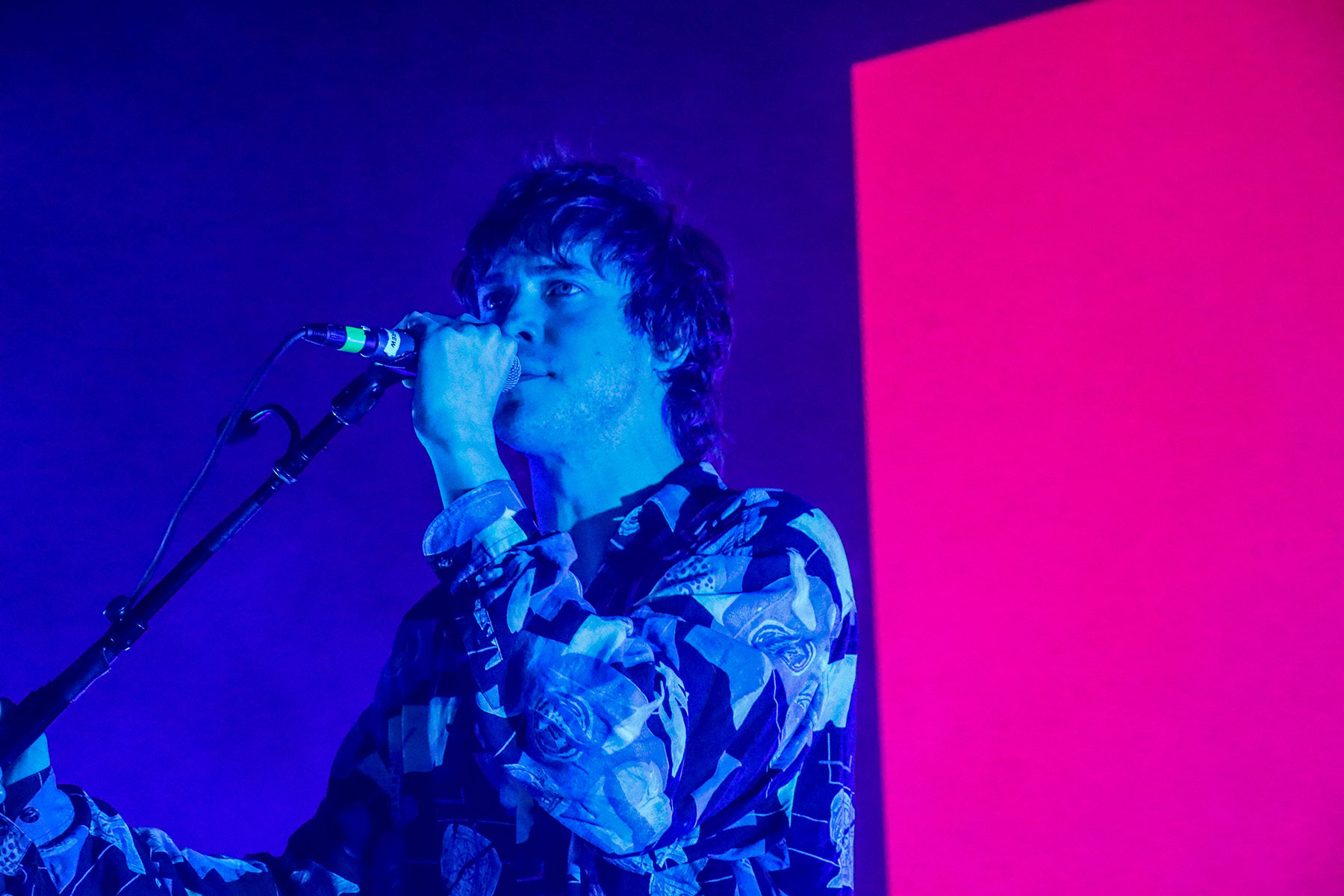