Talos’ Far Out Dust is out now on BMG

Understanding and accepting change, distance, or solitude can be extremely cathartic. At times, even necessary for our own survival. For Irish artist Eoin French aka Talos, the need to explore these visceral emotions has led to some of his most ambitious songwriting and studio work yet, and the creation of Talos’ brilliant sophomore album, Far Out Dust.From light fleeting sounds to the rushing roar of synths and drums crashing over French’s impeccable falsetto, Far Out Dust captures an artist openly exploring his vulnerabilities and doubts as his life continues to drastically evolve. “There was a lot of stuff that I was coming to terms with while being cast off into this continually-changing landscape… I think all of that madness is reflected in the album,” recounts Talos.

We caught up with Talos earlier this week on the tail-end of his tour with AURORA, to discuss his latest album, touring the globe, SXSW, and a few other interesting topics. See more below.

You’ve been on tour with AURORA for a few weeks now. What has that experience been like?

Eoin: It’s been epic. They’re just an incredible crew and AURORA’s live show is amazing. The fans have been really receptive to the new material. It’s been a lot of work and a cool thing to be a part of — she’s really iconic on stage.

You’re on the road with your brilliant new album, Far Out Dust, which dropped in February. Were there any catalysts in your life that prompted this new album?

Eoin: There was just a lot of change going on. I also didn’t think finishing the first record was going to have that much of an impact on my life. Not having that and doing everything behind that, it just felt like there was a massive hole. That was a tough thing to kind of wrestle with, not having something very intense to work on every day when you wake up. I suppose it then just manifested into a real hunger to make something new.

I also think the EP that came in between the two albums was a very important thing for me because it was so dark and heavy. In a way, I guess it was a little aggressive? I felt like I was destroying what I had made already to kind of find something new in the wake of it.

It feels like with this second album there’s a lot more self-reflection — or at least more openly.

I appreciate that. I’m glad you can hear that. I think it was very much that. I would like to think that in everything that I do, it’s a very open book and it’s quite a naked portrayal of what is going on. It doesn’t try to flower myself up in any way, it shows the good, bad, and ugly sides always.

On that note, the album opens with “Boy Was I Wrong,” which seems like your most self-reflective song title yet. Was there any intention behind introducing the album with that track?

Eoin: Yes, definitely. In a way, it documents the process of actually making this record and a lot of things that happened as I was making the record with people that were close to me. I suppose, as well, when I started this album I wrote at the top of the page that it would be a “pop album” — but my kind of pop album. I think there was a lot of moments in the making of it that I was asking “what the fuck have I done here?” Thinking that I needed to restart. Opening the record with this song felt really apt and in a way, it’s a statement but it’s also a question. Was I wrong? I don’t think we were in the end.

Especially later in the album with “The Light Upon Us” and “To Each His Own.” It sounds like you’re coming to terms with change, distance, and so many different aspects of life. Were there any moments while writing this album on the road that immediately inspired you to create?

Eoin: I suppose there were a lot of personal things – relationships and such – that we’re unraveling a little. Beyond that, I think just being in transit amongst all of that, there was a lot of stuff that I was coming to terms with while being cast off into this continually-changing landscape. I was thrown across, I don’t even know how many continents and countries, and then making the record at the same time. I think all of that madness is reflected in the album.

“Dawn, The Front” is an interesting track on the album. It’s led by a powerful instrumental and features one incredible and haunting verse. What inspired that track?

Eoin: There’s a sample on the track from “The Front” by Conor Walsh. Conor was a friend of mine that actually passed away suddenly three years ago, and we had spoken a lot about collaborating together. Since he died so suddenly, we never got the chance to do it. It was something I always wanted to do, and it felt like there was something that was left unfinished. It wasn’t really the collaboration we had hoped for, but I wanted to honor what we had talked about and recognize his brilliance as an artist, what he made, and what it meant to me.

The album closes with the title track, “Far Out Dust.” Why is this the closer and what does the album title mean to you?

Eoin: The song is a bit epitomized in its first line, “It’s the last goodbye.” Although it was the first song that I wrote for the album. In a way, it felt like it was the right song to end with. In the actual way that the song is constructed, it felt completely apt. The whole idea, with that build at the end, is that I wanted to feel like it was continuously moving towards a peak. Just at the moment when you look at the top or something breaks through the clouds, it kind of dies and you’re left in this absence, in this void, and that was the whole idea.

There’s almost a sense of – not unfulfillment – but there’s a sense that more could be said, and I think that was important for me. I think it goes hand-in-hand with getting past things. You’re never going to say everything that you want to say, so I think that feeling was all held there in that song. It feels like everything has come full circle.

I’m looking forward to your show with AURORA at Lincoln Theatre on Sunday, March 10. What was the last concert you attended?

Eoin: That’s a good question actually. I don’t think I’ve had a lot of time to go see much in the last 8-12 months even, to be honest. I was up at a festival last summer where I saw some stuff, but nothing in a while. I’m seeing Nils Frahm in a week in LA, again. I saw him twice last year. I think last year’s All Melody was my favorite album of 2018. We saw his album release show at Funkhaus in Berlin and that was probably one of the most inspiring things I’ve seen in a long time. So, we’re going to see him again once we get to LA in two weeks. It’s a funny thing actually, I suppose I hadn’t even realized that I haven’t been to a whole pile of gigs in the past eight months.

Do you normally try to attend concerts in your spare time?

Eoin: I really like it, I really do. Mostly because I treat them as two very different things. David Byrne talks about in his book, How Music Works, but I love that concept of treating both aspects of music very differently. You treat what you make on a record completely differently than how you present it in a space. Even what I get from it, from a learning aspect and as an artist, is very critical to me.

Well, you’re off to SXSW next week, so, hopefully, you’re able to see a lot while there. What’s your schedule like once you arrive?

Eoin: Definitely. We have two shows at SXSW. We’re doing the Communion Showcase at The Augustine on the 13th, and then we’re doing the Irish Showcase at The Velveeta Room on the 14th. I’m beyond excited, the lineup for the Irish Showcase is wild. So great to see KOJQAUE, David Keenan, and a few others on there. It’ll be insane. The Communion one is massive as well, so looking forward to that. There might be one more that pops in, so look out for that as well.

Do you have plans set after SXSW?

Eoin: Playing a few shows in Ireland and then we’re back in the US at the end of April/early May. We’re playing a show in DC, and this will be my headline tour, so definitely excited for that.

Looking forward to your future headline show in DC. If you couldn’t create music, how would you express yourself?

Eoin: I think I would act or paint. Or maybe I would make films – I’ve never done that before. I started painting last year and I actually love it. I feel like it’s changed the way I write music, in a way, and I love acting as well. I would maybe want to act on stage – so I guess a mixture of those three things. In a way, that may be the closest thing to making music.

The problem with acting is that you’re always waiting for someone to tell you that you can do it. It’s a little grim and a hard thing to imagine being in that life. I know a few people that do it and are really successful, but a majority of people are kind of standing and waiting for someone to tell them that they can. Instead of waking up in the morning and just playing something on the piano or painting. There’s no agenda behind it, it’s just, whatever happens, happens.

Stream Far Out Dust on Spotify

Talos is wrapping up his tour with AURORA at Lincoln Theatre in DC and will then head to SXSW. Dates for a headline tour in the US are being confirmed for late April/May and dates in Europe follow. Find tickets here. 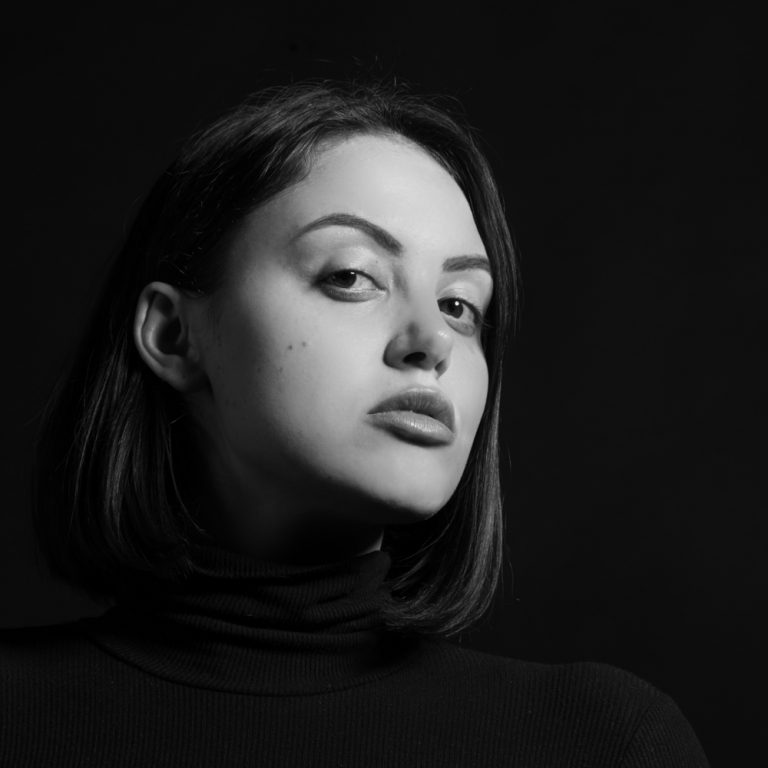 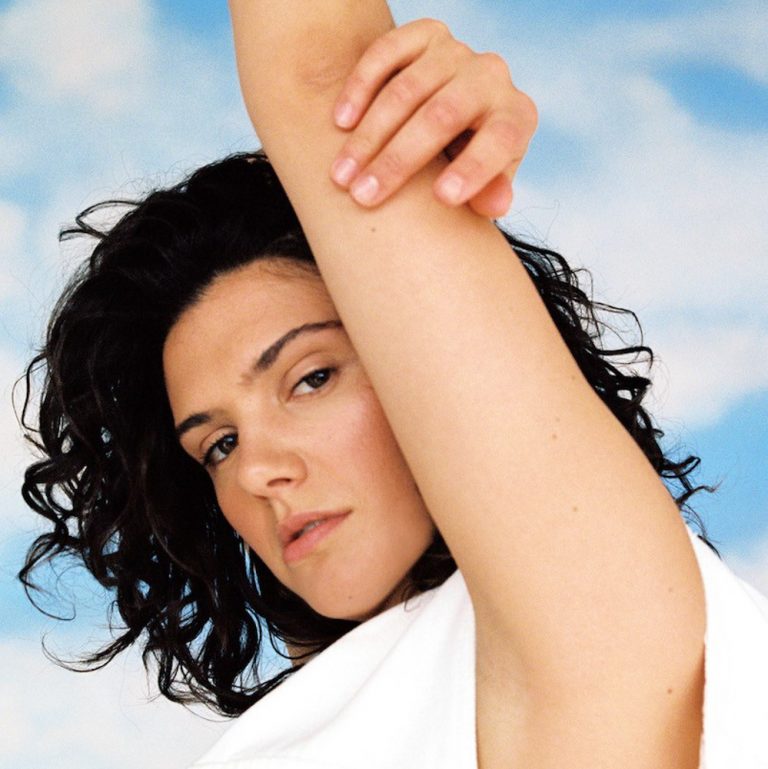 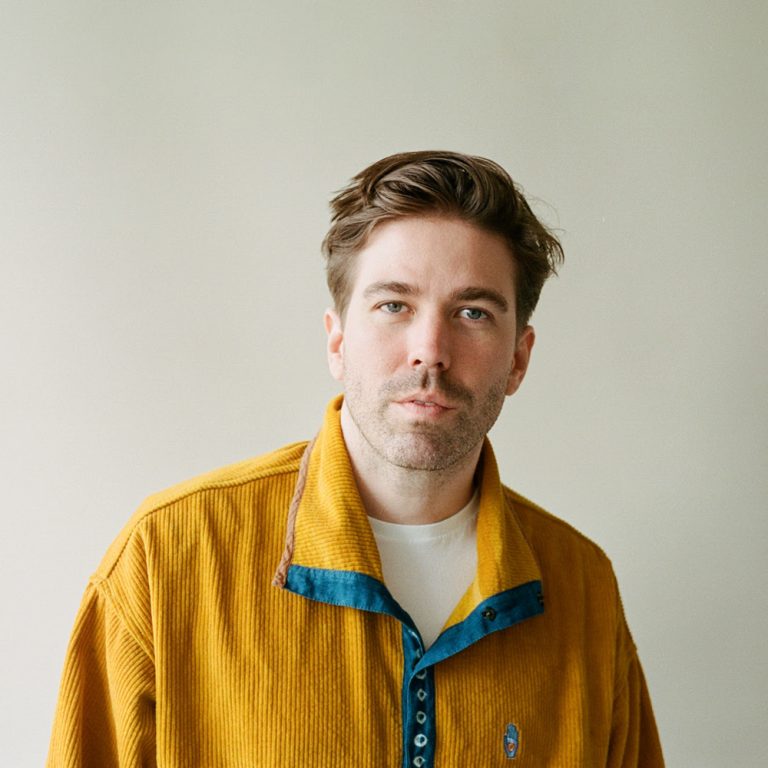