The album follows the widely-lauded Pure Comedy, released in 2017, and an interesting period for Tillman, which included a brow-raising on-stage rant and an abruptly stopped set at a festival in New Jersey. Recounting the recent low point in an interview with UK’s Uncut, Tillman shares the album “was written in a six-week period where I was kind of on the straits — I was living in a hotel for two months. It’s kind of about… yeah… misadventure. The words were just pouring out of me. It’s really rooted in something that happened last year that was… well, my life blew up. I think the music essentially serves the purpose of making the painful and the isolating less painful and less isolating. But in short, it’s a heartache album.”

The heartache and disarray Father John Misty describes are clear throughout the entirety of God’s Favorite Customer. From the envy felt for those “getting an early start” at the gallows in the album’s opener to the multiple courting pleas to his estranged wife, Emma, it’s clear Tillman is at one of his lowest points and struggling to survive. “I’m in over my head” Tillman admits on “The Palace” while expressing his desire to return home. While tracks “Just Dumb Enough to Try,” “Please Don’t Die,” and “The Songwriter” find Tillman not only attempting to make sense of his relationship, but also the role he’s played throughout, and the damage he’s caused. “What would it sound like if you were the songwriter and you did your living around me?” he wonders on the latter track. It’s Father John Misty at his most vulnerable and introspective yet, setting the stage for an incredibly emotional and cohesive album.

Father John Misty recently stopped at Washington, DC’s The Anthem in support of God’s Favorite Customer. Guitar in hand, Tillman led the crowd through an amazing and carefully-curated 20+ song set, rarely straying from his folk-driven recipe for success, and running through all four Father John Misty albums in the process. Unfortunately, the set did not include “The Songwriter,” one of our favorite tracks on the album. Also, another aspect that caught our attention was the juxtaposition and difference in the perspective and lyrics related to Tillman’s relationship with his spouse. The show closed with the title track of 2015s I Love You, Honeybear before Tillman returned to open a four-song encore with “The Palace,” followed by the non-album single “Real Love Baby,” and ironically ending with “The Ideal Husband.” Stream God’s Favorite Customer and check out our photos from the show below. 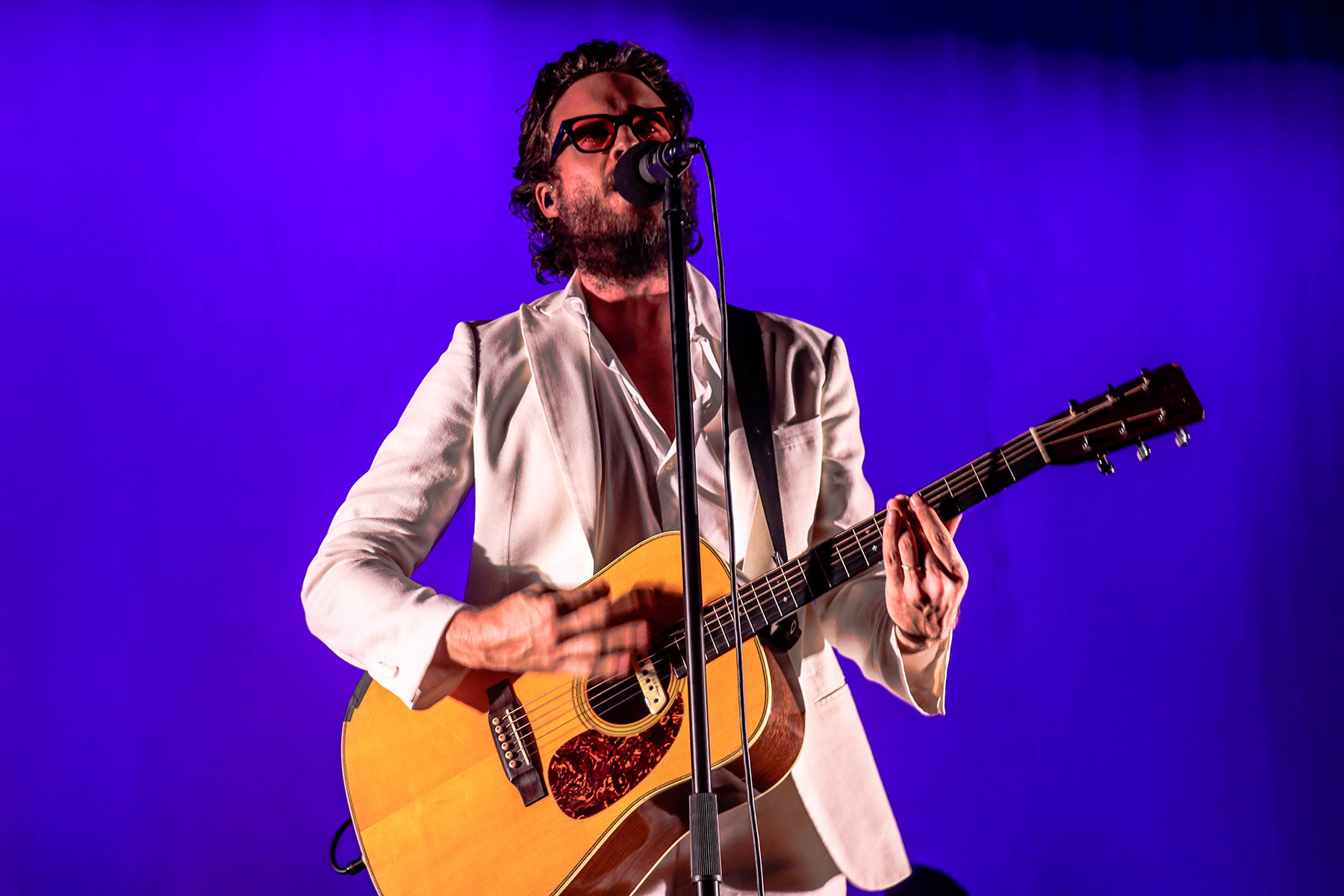