All Things Go Fall Classic returned for its sixth year on October 12-13 and it was a great time! Similar to most of the previous years, the festival’s stage was nestled adjacent to D.C.’s cozy Union Market and a little secluded from the otherwise busy happenings of downtown. Providing a nice weekend getaway from the noise.

This year, Scottish band CHVRCHES was tasked with closing out a major Saturday bill – which they did convincingly with an epic light show and live performance. Sunday saw Melanie Martinez debut the new live show behind her second album, K-12, which also proved to be quite the mesmerizing spectacle.

In addition to locking down excellent electropop headliners, the fall classic weekend was rounded out with performances by LANY, COIN, Olivia O’Brien, Allie X, MUNA, and others. The weekend kicked off with the 2nd Annual “Classic Conversations” at Eaton – featuring an all-female music and media panel of journalists, music insiders, and others from CNN, the White House, and more, before rolling into the following two days.

DC-based post-punk artist Sneaks and Canadian rockers Arkells opened the two-day festival on Saturday. Chelsea Jade, who joined the bill following Nasty Cherry‘s last-minute cancellation, was certainly the life of the party, delivering a high-energy performance of tracks from her 2018 album, Personal Best.

Venturing around for food and drinks, I found myself chowing down at the unmissable ArepaZone, Rocklands BBQ for a delicious mixed mac and cheese bowl, and Bun’d Up because their pork-belly bao buns are so good.

The thousands in attendance were also able to enjoy their CAVA, Shake Shack, &pizza, Swizzler‘s hot dogs, cold-pressed JRINK, Insomnia Cookies, Nando’s​,​ TaKorean​, and other options alongside custom ATG cocktails by Whistlepig, Ketel One, and others.

MUNA ripped the stage to shreds moments after mxmtoon‘s sweet ukelele-led set. The Los Angeles band played tracks from their latest album, Saves The World and it was hands down one of the best sets of the weekend.

COIN and LANY delivered impassioned sets shortly after. COIN played tracks from their forthcoming 2020 album, Dreamland. While D.C.’s packed crowd went absolutely insane later as LANY frontman Paul Klein jumped onto the barricade during one of their opening tracks. It was the exact energy needed as the “All Things Pig” cocktails kept flowing.

“I Don’t Wanna Love You Anymore,” and “Run” were huge moments during the vibe-filled LANY set that took over the fall classic. Malibu Nights is such a solid album but hearing “pink skies” from the kinda – EP hit different as the sunset to complete darkness. “ILYSB” closed a set fans at ATG Fall Classic won’t soon forget.

A year after their headlining show in DC, Glaswegian band CHVRCHES returned to the nation’s capital excited to close out a great first day of the fall classic. The band’s latest tour is in support of their third album, Love Is Dead, which saw them dive headfirst into a more pronounced pop sounds while teasing the glitchy 80s electronica that made their earlier releases so alluring.

One of the great things about a CHVRCHES live show is that you never really see the same one twice. Their music blends so effortlessly and soars on stage – so they often sprinkle different tracks from their three albums to resounding responses. Their headlining set at ATG Fall Classic was no different, reinforcing their sheer talent and ability to put on an exceptional show.

After making their anticipated return to DC with “Get Out,” lead vocalist Lauren Mayberry swiftly led us through a nostalgic run of CHVRCHES classics like “Gun” and “We Sink.” She was assisted by guitarist Iain Cook, Martin Doherty on synths and keys, and drummer Jonny Scott – the team making it all happen alongside Mayberry.

“Science/Visions” got its rightful spotlight mid-set, taking fans back to 2012’s The Bones of What You Believe right before Martin Doherty took over lead vocals for “Tether / Under the Tide.” A celebrated moment CHVRCHES fans awaited anxiously.

After a frenetic performance from Doherty – we were served “Deliverance,” the timeless “Recover” and a string of hits that jumped albums and kept hearts racing until the final moments of day one. “Leave a Trace,” “Clearest Blue” and “The Mother We Share” led to a set finale of “Never Say Die” one of the best songs on Love Is Dead. THAT’S how you close the first day.

The festival’s second day featured an all-female lineup co-curated in partnership with ​She Is The Music​, an organization dedicated to promoting inclusivity and supporting equal representation in the music industry. It’s great that ATG uses its platform to expand consciousness beyond music consumption.

Shenna and TeaMarrr kicked off Sunday’s performances! Carlie Hanson followed with tracks off her Junk – EP. Though “Back in My Arms” is the major standout track from that release, Hanson also delivered a great performance of “WYA,” another song from the EP.

Spooky season continued with “Girl of the Year” Allie X‘s set. The Canadian singer-songwriter, who has been teasing new music since the release of Super Sunset, opened with her biggest hit “Bitch” before running through a medley of some of her bests like “Casanova” and “Old Habits Die Hard.” The set closed with “Rings a Bell” which was unreleased at the time.

Was It Even Real? I finally got to see Olivia O’Brien perform live thanks to ATG Fall Classic and she was a lot of fun as expected. The rising artist played songs from her debut album like “Just A Boy” – getting the crowd ready for a rousing set from Sweden’s LÉON.

LÉON was a great addition to the lineup. She has a true Stevie Nicks tone to her raspy voice and she’s an absolute firecracker on stage. She played songs from her self-titled debut album as the largest crowd of the weekend trickled in for three-time ATG Fall Classic veteran, Betty Who.

The Australian singer returned to perform all of DC’s favorites and new cuts from her latest album, Betty, which was met with an insane response. It’s hard to ignore Betty Who’s strong connection to DC and ATG Fall Classic but admittedly I was a little bummed to see her on the 2019 lineup. Especially given the vast number of artists out there that haven’t played the festival and are also worthy of the timeslot.

Betty Who, however, proved the third time is a charm as she delivered her best ATG performance with backup dancers and cool new visuals. Unless Who returns to headline in 2020, which I kindly do not think she should, it may be time for a fallow year.

Alternatively, perhaps Betty Who could host one of the days? She attracted the largest crowd of the weekend and maybe some fans would stick around longer and party just a little bit harder if Betty Who was hosting and hanging in a decked out VIP suite the festival offers stage-side.

A month after releasing her second album, K-12, Melanie Martinez made her highly-anticipated return under the spotlight. Stage props and backup dancers filled the stage as Martinez kicked off her first show in over a year with “Wheels On the Bus.”

Melanie ran through a majority, if not all, of her new album, which touches on topics associated with coming of age, social pressures, and is juxtaposed against multiple facets of a twisted school. “Nurse’s Office” and “Detention” found new meaning on the album, leading to a highly emotional and theatrical show that fans at ATG Fall Classic got to see first.

Fans of Melanie Martinez that came dressed up in amazing outfits screamed as she dropped “Mad Hatter,” “Sippy Cup” and “Alphabet Boy” from her debut album. Little did they know she would end her set with “Fire Drill” – the unreleased pop gem her fans have been dying over online. 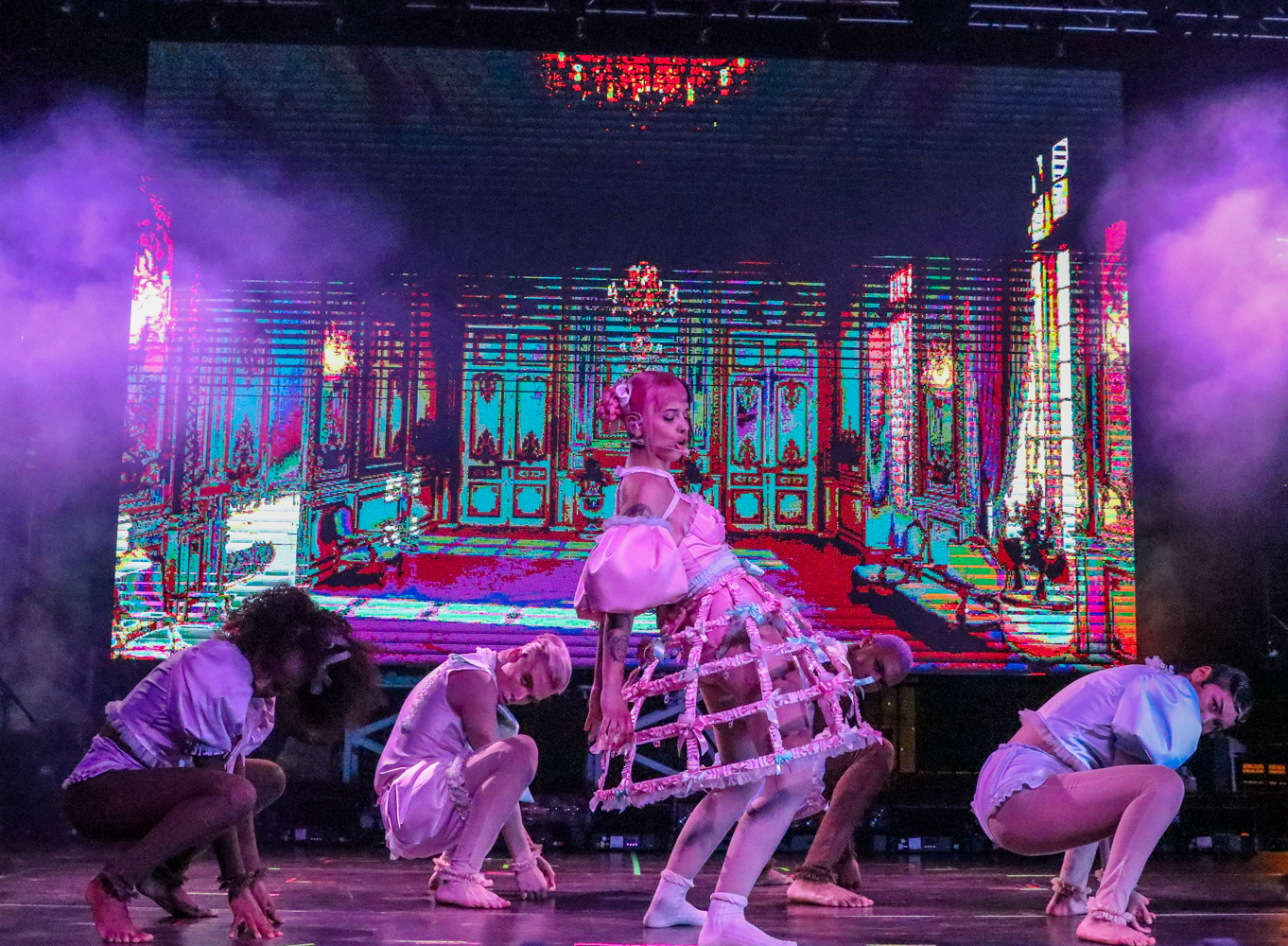 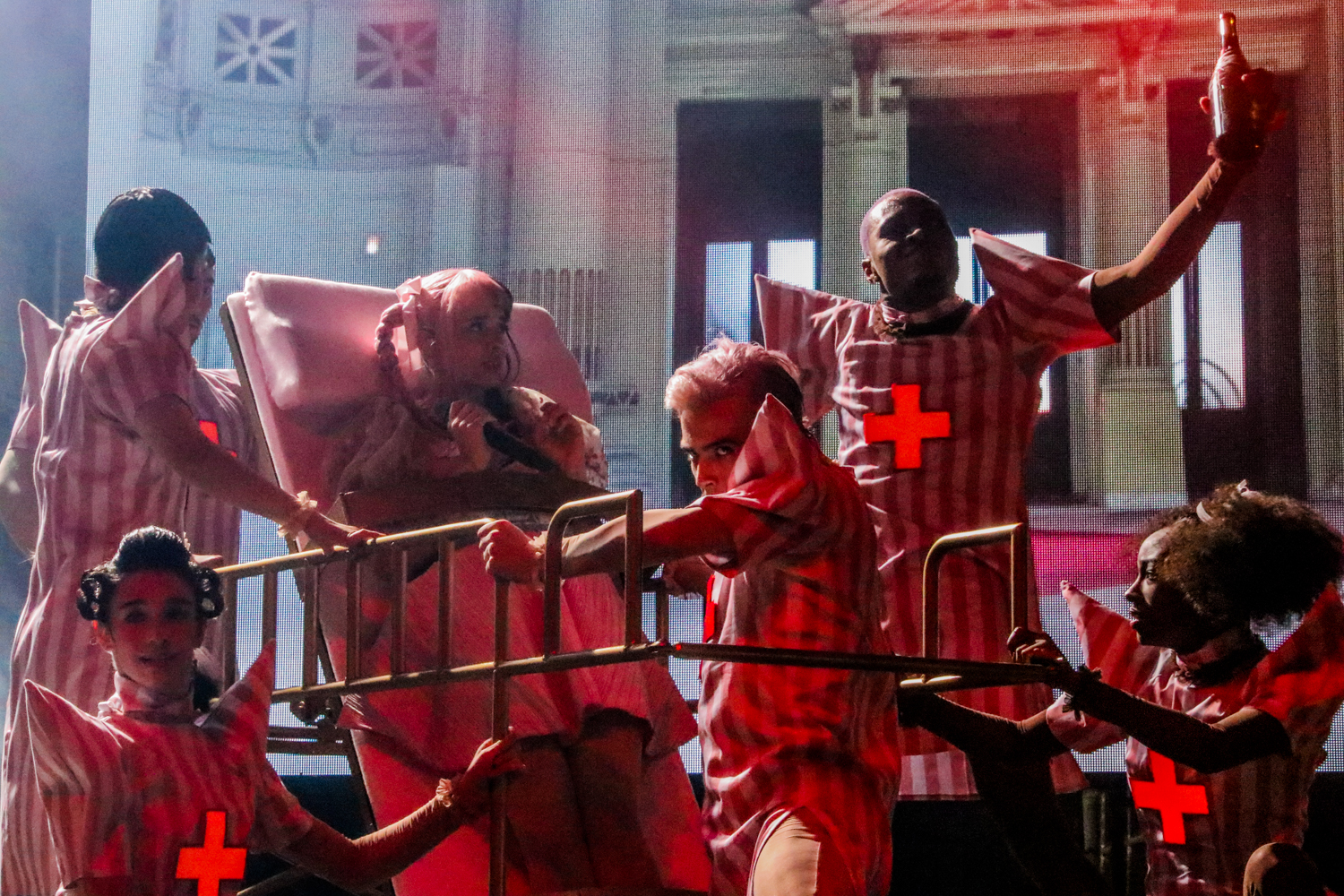 All Things Go Fall Classic 2019 was a fun weekend but could’ve been better. It’s interesting, as nearby festivals pop up and focus further on curation and experience, ATG in many senses has stuck to its guns – for better or worse. In between sets, fans have at least an hour to grab drinks, food or use the restrooms but little, aside from a CAVA photo booth and a pop-up Allie X meet-and-greet (that rightfully required some sort of merch in-hand) on Sunday, provided fans with a unique ATG experience this year.

Over the years, All Things Go has done a tremendous job at expanding the music scene in DC and bringing big names or rising artists right as they’re about to take off, like Kygo, Empire of the Sun, Young Thug, Billie Eilish, Maggie Rogers, and so many others, but the festival now lands after a much busier season that is also getting more expensive and cooler to attend. I love fall classic, it feels almost like a music homecoming in DC, but to avoid getting drowned out, I think 2020 needs an achievable leap forward. See past ATG Fall Classic coverage here and 2019 photos here.