Last night, I shared 8 reasons to attend Bonnaroo 2020, and now the festival has just given us a ninth, its lineup. Set to lead the weekend is TOOL, Tame Impala, and the festival’s first black female headliner, Lizzo.  Baby,  how you feelin’?

In April, the Minneapolis singer-songwriter released her debut major-label album, Cuz I Luv You following the success of her Grammy-nominated sleeper-hit “Truth Hurts.” With a “Juicy” 2020 ahead, Lizzo’s headlining spot at Bonnaroo will be one of the biggest highlights of festival season 2020.

Lizzo, of course, is only one of the hundreds of amazing artists Bonnaroo is delivering in 2020. So let’s dig into this lineup a little deeper with four major takeaways.

The Other Stage is going to be insane

Bonnaroo recently announced its EDM stage is going all-night this year and with the lineup they just dropped, I may have a lot of trouble leaving The Other Stage. Bassnectar, Rezz, Seven Lions, Yaeji, Ekali, Subtronics, Tipper, SVDDEN DEATH, Ganja White Night, Wooli, Boombox Cartel, Troyboi, Pigeons Playing Ping Pong, Dr. Fresch, PLS&TY, Elderbrook, LSDream, Bonnie x Clyde, and so many others are set to take over and it’s going to be an unforgettable time.

Sylvan Esso will lead ‘WITH’ Superjam

Anyone that has ever been to Bonnaroo knows its Superjam sparks unique magic on the farm. Last year, GRiZ celebrated legends with his funk-led Superjam alongside Walk The Moon’s Nicholas Petricca, Rainbow Kitten Suprise, K. Flay, NAHKO, Sunsquabi & others. Now, this year, Sylvan Esso returns to lead and if it’s anything like their live performances, we’re in for a huge treat. Not to mention, with this year’s stacked lineup, it’ll be exciting to see who joins the NC electropop duo on stage.

Women prominently among the weekend lineup

This year, Bonnaroo has unveiled its most diverse and female-led lineup in years. In addition to Lizzo – Miley Cyrus returns home for a major debut, Lana Del Rey will perform Sunday, Grace Potter, Lennon Stella, Brittany Howard, Megan Thee Stallion, Tones and I, Nilüfer Yanya, and so many others are set to take the stage.

The hottest rapper in the game is heading to Bonnaroo. That’s right, DaBaby is scheduled to perform on Saturday and he’s joined alongside an impressive lineup that includes Megan Thee Stallion, Young Thug, Denzel Curry, Nelly performing Country Grammar, SAINt JHN, Run The Jewels, and more. 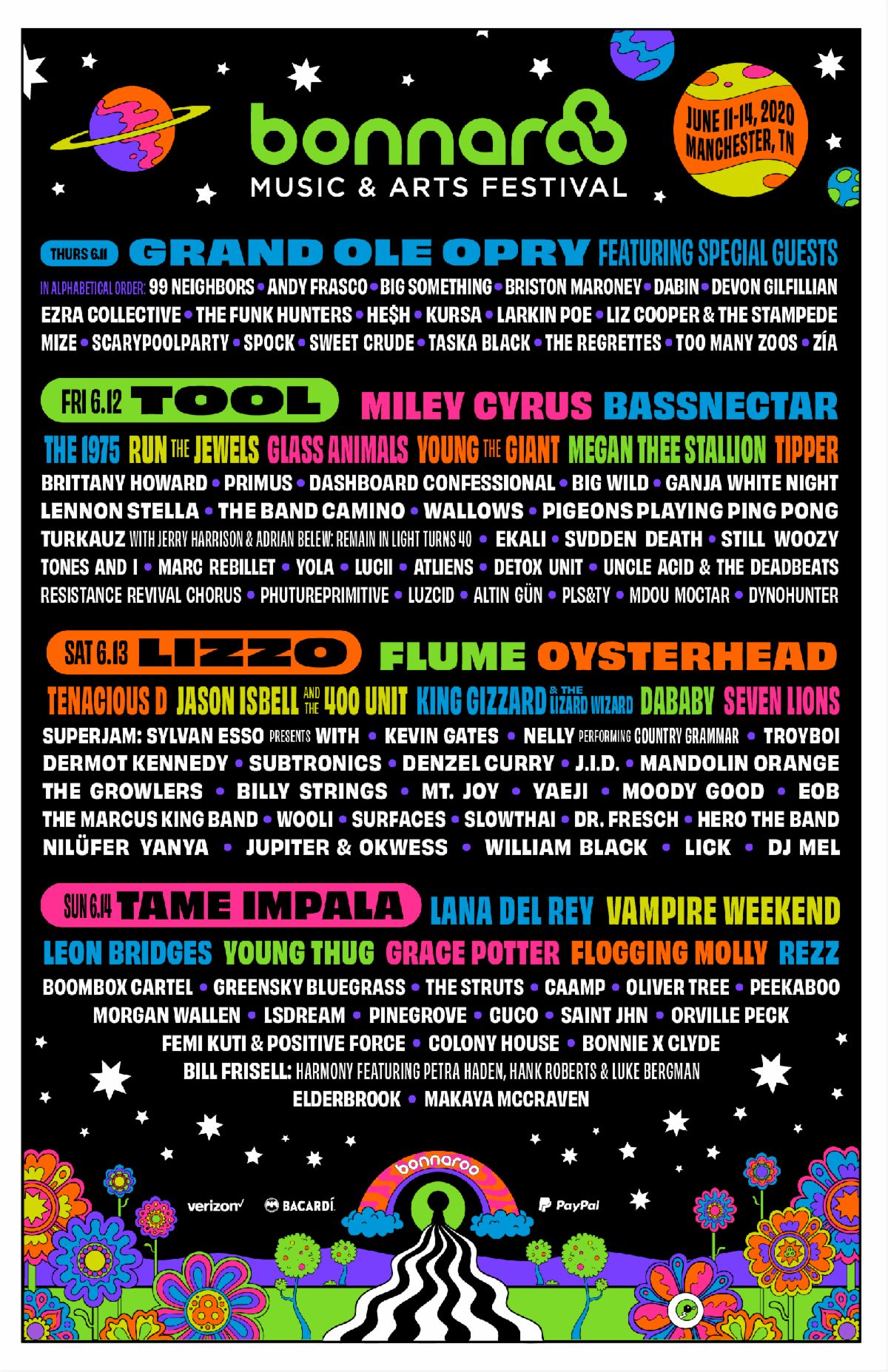