Bonnaroo‘s Saturday proved to be a beautifully funk-filled day with the king of good vibes, GRiZ delivering two outstanding performances. Following his high-energy Which Stage set – which featured compelling visuals, fat sax solos, and some the producer’s biggest hits – the Michigan native-born Grant Kwiecinski, took over This Tent to lead a memorable G.O.A.T. SuperJam honoring musical legends across a spectrum of generations, genres, and sounds. It was an incredible feat.

Every year, Bonnaroo’s iconic SuperJam gathers an eclectic palette of musicians for 90+ minutes of pure bliss and once-in-a-lifetime live collaborations. This year, at the direction of GRiZ, and with the assistance of SNL musical director, Stu Brooks, and many others, the SuperJam cemented its rightful place in essential Bonnaroo history while creating a uniquely magical and unreplicable moment.

Supported by Nikki Glaspie (Beyoncé), Chrishira Perrier (GRiZ), and his house band consisting of Bigyuki, Owen Barry, and more, GRiZ kicked off the major celebration with cuts of Dick Dale’s “Miserlou” and Beastie Boys’ “So What’Cha Want,” before serving up Dr. John’s “Right Place Wrong Time.” With a brass-heavy introduction sending the overflowing crowd into an insatiable excitement, GRiZ & Co. quickly capitalized on the momentum by running through classics by Bob Marley and Sharon Jones.

The energy never died. Throughout the set, Jennifer Hartswick, Chrishira Perrier, K. Flay, and others would join GRiZ in keeping the party alive while delivering their takes on massive hit classics like Janis Joplin’s “Piece of My Heart,” “Valerie” by Amy Winehouse, Aretha’s “Respect,” Prince’s “1999” and other timeless tracks. PROBCAUSE would join for stirring performances of Mac Miller’s “DANG!” and Nipsey’s “Grinding All My Love” – which was a strong reminder of the major L’s the hip-hop community has taken recently while celebrating the unifying love and life of two major forces.

Following a K. Flay cut of Nirvana’s “Lithium,” performances with Linsday Ell, HOBO JOHNSON, and SAM MELO, GRIZ was joined by Noah Kahan for a tribute to the great Avicii before leading into an epic drumline interlude by Music City Mystique Drumline. Nicholas Petricca, who’s band Walk The Moon annihilated their Bonnaroo set earlier in the day, would then join to help wrap things up in the best way possible – a quick medley of Queen and David Bowie – including “We Will Rock You,” “Under Pressure,” and Bowie’s “Let’s Dance.” KAL of Rubblebucket would then add their contribution to Bowie’s “Life On Mars?” alongside Bowie’s Blackstar band. A goosebump moment for any Ziggy Stardust fan. 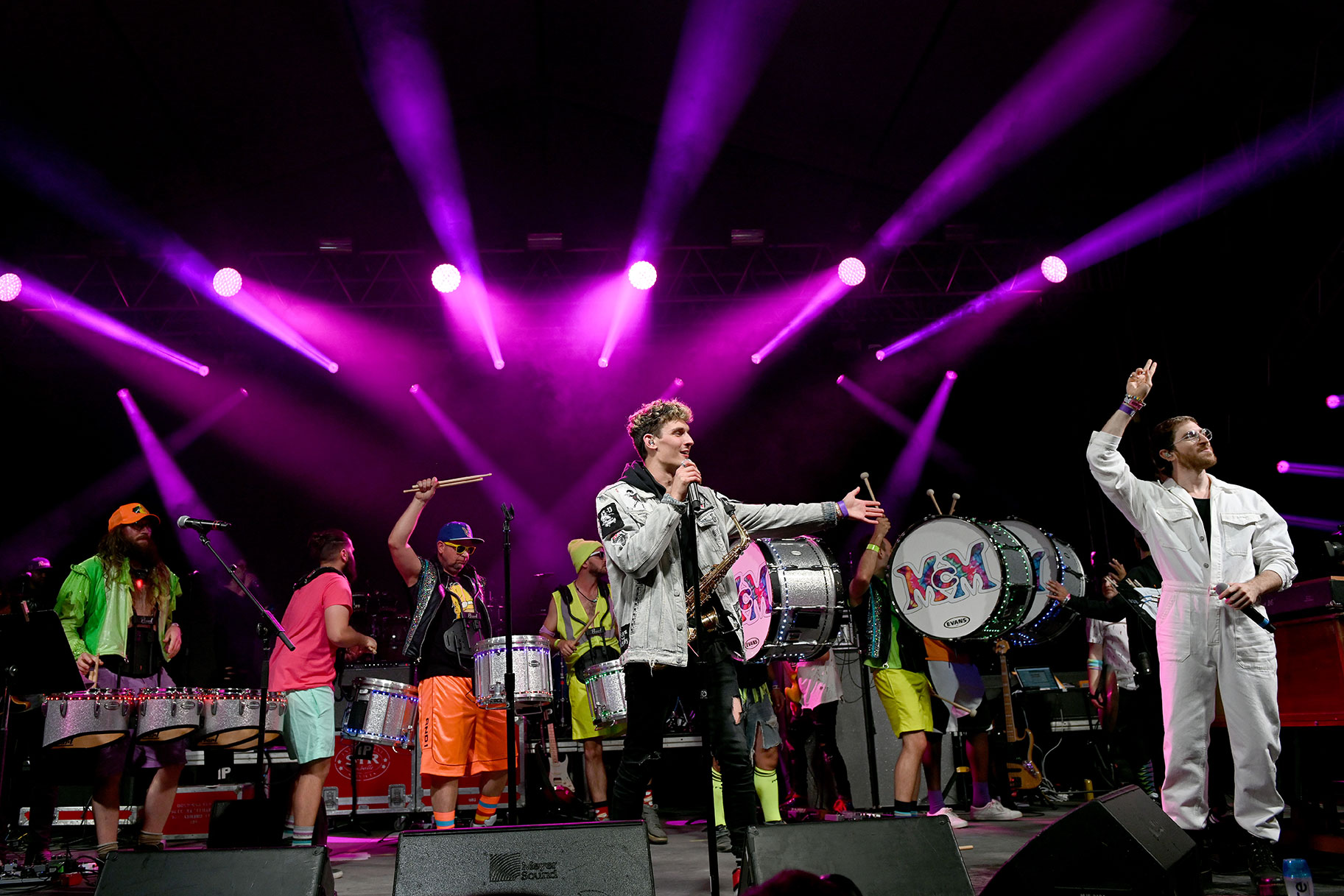 GRiZ’s SuperJam ended with George Michael’s “Freedom! 90” – alongside Deva Mahal, MUZZY BEARR, and Chrishira Perrier. In all, the big band, funk-flared take on some of the world’s biggest hits provided a huge change of pace from the buzzing happenings on Bonnaroo’s other major stages. It attested to GRiZ’s true artistry and talent for not only making inclusive music moments but for creating a platform that allows others to thrive as fully as he is. With another highly successful SuperJam in the books, we can only wait to see how Bonnaroo tops itself next year.