Billie Eilish hosts a lavish slumber party on “Lost Cause”

Happier Than Ever out July 30th via Darkroom/Interscope

Billie Eilish continues to tease her sophomore album Happier Than Ever, releasing a new track, “Lost Cause” this week. The song arrives with a music video directed by Eilish that shows the seven-time GRAMMY-winner enjoying a lavish and carefree slumber party with friends.

“Lost Cause” hints at the influence bossa nova, jazz, and soft pop might have on the upcoming album. A deep bassline and drums complement Billie’s airy range as she delivers another iconic vocal performance. In the video, nude and blue tones starkly contrast the vibrant colors of Billie’s debut album. An exciting transition, along with unreleased songs like “Billie Bossa Nova,” alluding to the fact that Billie Eilish is preparing to change the face of music once again with a genre-melding and experimental album. See the new video below.

On July 30th, all eyes and ears will be on Billie Eilish’s sophomore album, and with good reason. Her first album was a blockbuster hit, as we know, and she’s since followed the release with multiple singles, including the 2021 GRAMMY Record of the Year “everything i wanted,” the James Bond theme song, “No Time To Die,” which also won a GRAMMY for Best Song Written For Visual Media, and three singles that will appear on the new album, “my future,” “Therefore I Am,” and “Your Power,” the latter debuted at #10 on the Billboard Hot 100 and logged over 150 million streams in its first two weeks. See the tracklist for the new album. 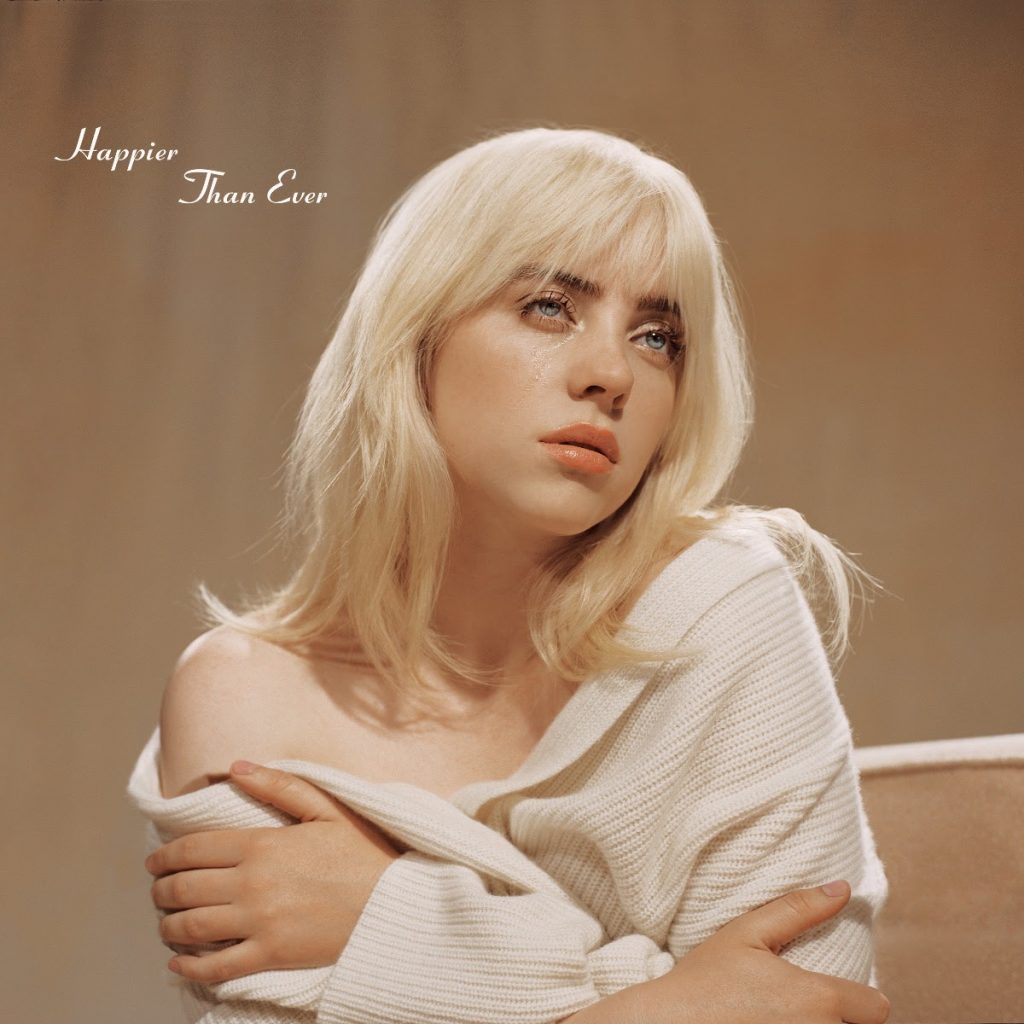 While on her Happier Than Ever, The World Tour, which has sold out across North America, Europe, and the United Kingdom, Eilish will continue her work with sustainability partner REVERB, with the fan-facing Billie Eilish Action Village at each show focusing on climate action and climate justice, hosting and supporting BIPOC and women-led environmental organizations as well as a comprehensive program via REVERB’s forthcoming Music Climate Revolution campaign. In addition to reducing the tour’s environmental footprint, the initiative will support projects that directly and measurably eliminate greenhouse gases. These collective efforts will make the tour Climate Positive; eliminating significantly more emissions than the tour creates.