Sueños Festival 2022 has officially touched down in Chicago, and Day 1 was an energy-packed perreo in the park that attracted fans from all across the U.S. Leading the charge on the inaugural event was Puerto Rican hitmaker Ozuna, along with Dominican rapper El Alfa, breakout artists Farruko, Tokischa, Natanael Cano, Blessd, and more. See Saturday highlights in our Sueños 2022 Day 1 Recap:

Rising Colombian artist Blessd arrived to roaring cheers and quickly responded with his hit “Medallo.” The track, which appears on the blue-haired reggaeton artist’s 2021 debut album, Made In Medellin, was an immediate crowd favorite as fans donning the Colombian flag began climbing on shoulders and singing along. You could tell it would be a special day just minutes into the set.

Dominican rapper Tokischa was the only female artist on the 10-act bill yesterday, and she did not disappoint. Bringing an insatiable heat, the rising artist proved why she’ll soon be one of the prominent names in Latin music as she dropped her blazing new track with Marshmello, “ESTILAZO,” while perreando on stage. She didn’t stop there as she rolled through “Linda” and “LA COMBI VERSACE,” her two latest collabs with Rosalia. The latter is featured on the Spanish star’s latest album, MOTOMAMI.

Breaking from the perreo and throttling reggaeton around midday was 21-year-old Mexican rapper and singer-songwriter Natanael Cano. Best known for being the first artist to fuse traditional Mexican corridos and American trap music to create a new genre called “corridos tumbados,” the young artist’s unique perspective on classical Mexican music had the entire crowd losing it—an unforgettable moment highlighted by a performance of “Amor Tumbado,” his future classic.

If you’re a fan of Latin music, you’ve absolutely heard “Pepas,” Puerto Rican rapper Farruko‘s inescapable smash hit. Over the last year, the tribal guarachero, reggaeton hit has quickly tallied over one billion streams, a massive first that has prominently placed the artist in front of mainstream audiences. Delivering a career-spanning set, the star paused to remind fans to practice gratitude and love before dropping his latest single, “Nazareno.”

Puerto Rican rapper Myke Towers hit the stage dripping in Gucci as the day’s crowd of fans continued to grow exponentially. There’s no denying Towers has had countless hits over the last few years, and he was armed with all of them on Saturday as he blended “Experimento” and fan-favorite collabs like “La Curiosidad” with tracks from his latest album, Easy Money Baby.

On the heels of his latest album, Sabiduria, leading Dominican debow artist El Alfa arrived in Chicago ready to unleash a blend of his newest tracks like “Gogo Dance,” alongside “Coronao Now” and other dancefloor scorchers. In charge of setting the stage for headliner Ozuna, El Alfa was filled with energy, jumping around on stage, hyping the crowd, a delivering impassioned lyrics.

I finally got to see Ozuna live, and thankfully it was as he headlined the inaugural Sueños Festival. Over the last decade, Ozuna has proven his chameleonic ability, which has led to massive hits like “Caramelo” and attracted platinum cross-genre collaborations, so his headlining moment in Grant Park was clearly well-deserved. A perfect close to an impeccable first day, Ozuna played some of his latest songs like “Apretaito” and tracks from his 2020 album, Enoc. 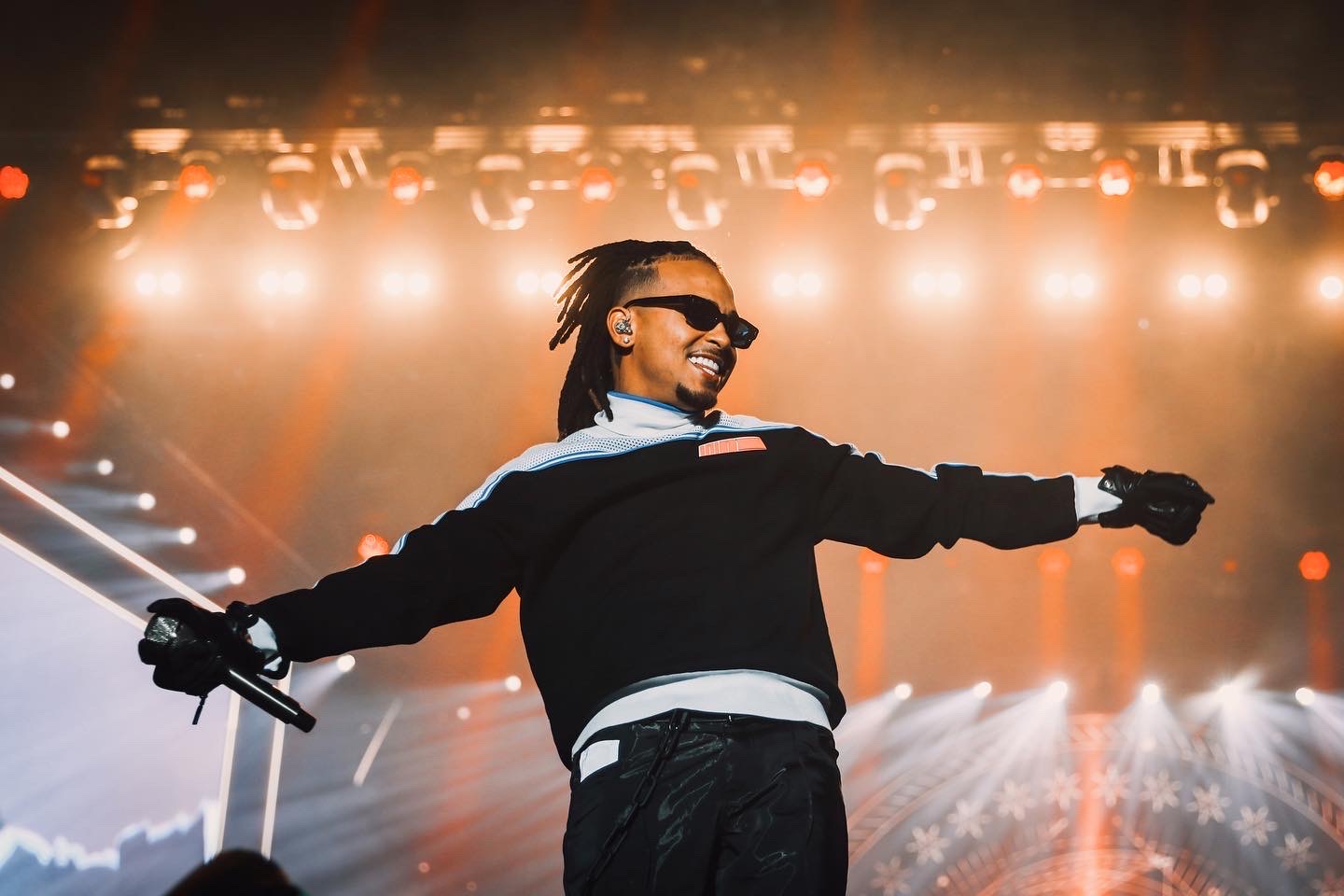