“Pepas” is out via Sony Music Latin

Puerto Rico’s Farruko dropped his first solo single of the year, “Pepas,” from his upcoming La167 album, and I can’t help but play it on repeat. “Pepas” puts Farru’s chameleonic soundscape on full display as he unleashes a genre-bending party anthem tailor-made for the return of Miami club nights. Listen below.

Recently, Farruko announced his long-awaited return to the stage with his first-ever US arena tour. “LA 167” (La Uno Seis Siete), named after his album due out later this year, hits 12 cities across the U.S. and Puerto Rico starting in November 2021. The tour is already setting records after Farruko sold out his February 5th date at Puerto Rico’s renowned Coliseo arena during pre-sale. He has since added a February 4th date to meet demand. Buy tickets. See more on Soundazed. 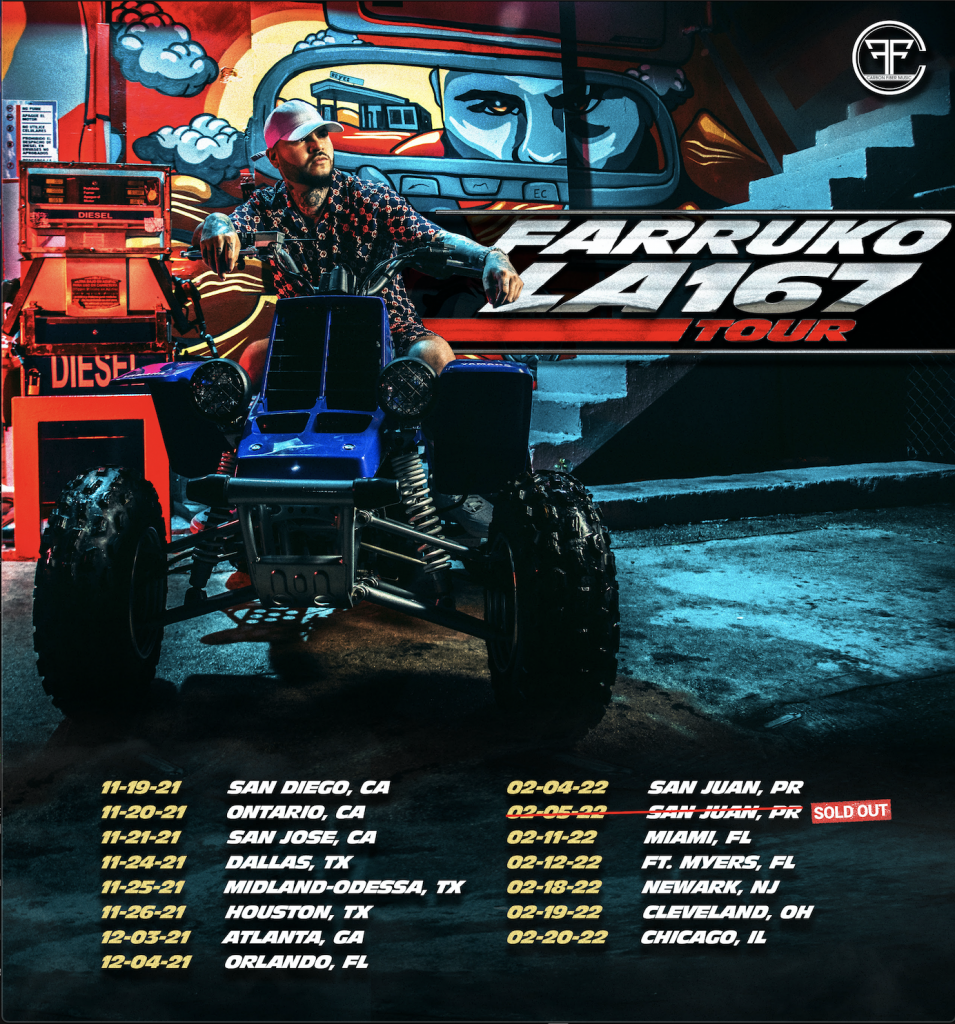