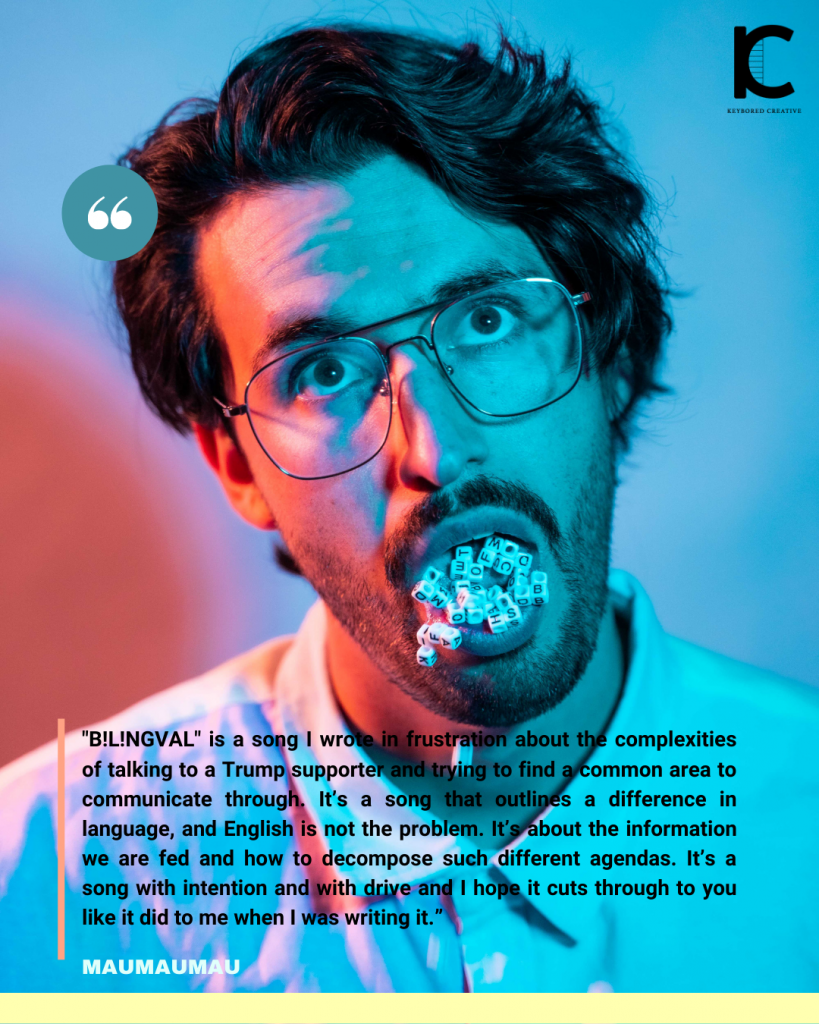 Abstract and clever, the song arrives as the perfect follow-up to Mau’s 2020 debut release, “Heartbreak Police,” a commentary on police brutality, and “Mouth Breather,” a 90s-inspired song about the anxieties and identities experienced while social distancing.

MAUMAUMAU is a solo endeavor by Mauricio Jimenez. At its core, the project strives to provide a soundtrack for the underdogs. Imbued with a spectrum of influences ranging from 90s pop-rock to Mob Rich, Gorillaz, Oliver Tree, Tame  Impala, and others, MAUMAUMAU’s distinct sound will stick with you and have you coming back for more.

Jimenez is also the lead vocalist of Night Lights, the LA indie trio that has accumulated millions of streams since emerging in 2016, shared the stage with the likes of Lemaitre, Joy Wave, Great Good Fine OK, Mako, The Score, Mob Rich, and Grandson, and been featured on Billboard, Earmilk, NPR, IndieNation, and Spotify’s Fresh Finds, New Music Friday, Global Viral, and Viral USA playlists. With more music on the way in early 2021, MAUMAUMAU is an artist you can’t miss.