Case Study 01 is out on Golden Child Recordings

DMV fans of Daniel Caesar will agree September 24th was a night we waited for all summer. The Canadian R&B artist responsible for this year’s Case Study 01 took the stage with his guitar, full band and back-up singers for an incredible show at Echostage in Washington, D.C.

The tour certainly emulates his latest album, which dropped in June and features a silhouette of Daniel on the cover art. With CASE STUDY 01, we hear a scientific sound similar to James Blake and others – a more experimental route compared to his last album which had a more gospel sound. 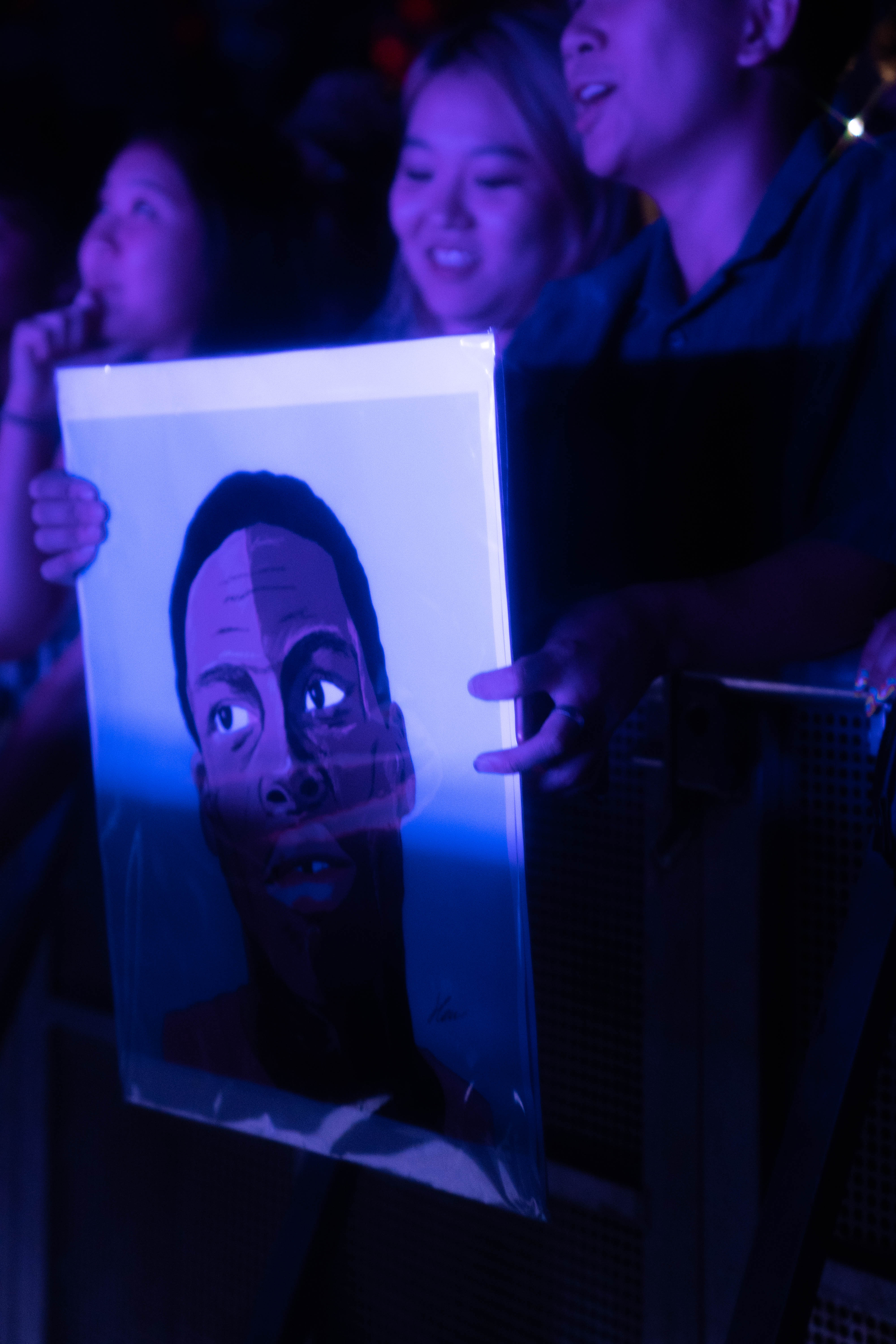 The lighting was a major part of the show, creating a mysterious and emotional experience throughout the night. The single spotlight complemented Daniel’s black t-shirt and a baseball cap really well, recreating the album’s silhouette onstage. It all felt really unique from the shows I’ve attended recently, which was amazing to experience.

Something else that caught my attention was the variety in ages among everyone who attended the concert. The youngest concert-goers lined the barricade while the crowd toward the back of Echostage’s massive venue varied in age and was more diverse. It’s impressive to see a 24-year-old R&B artist drawing such an interesting demographic of people for his great show. 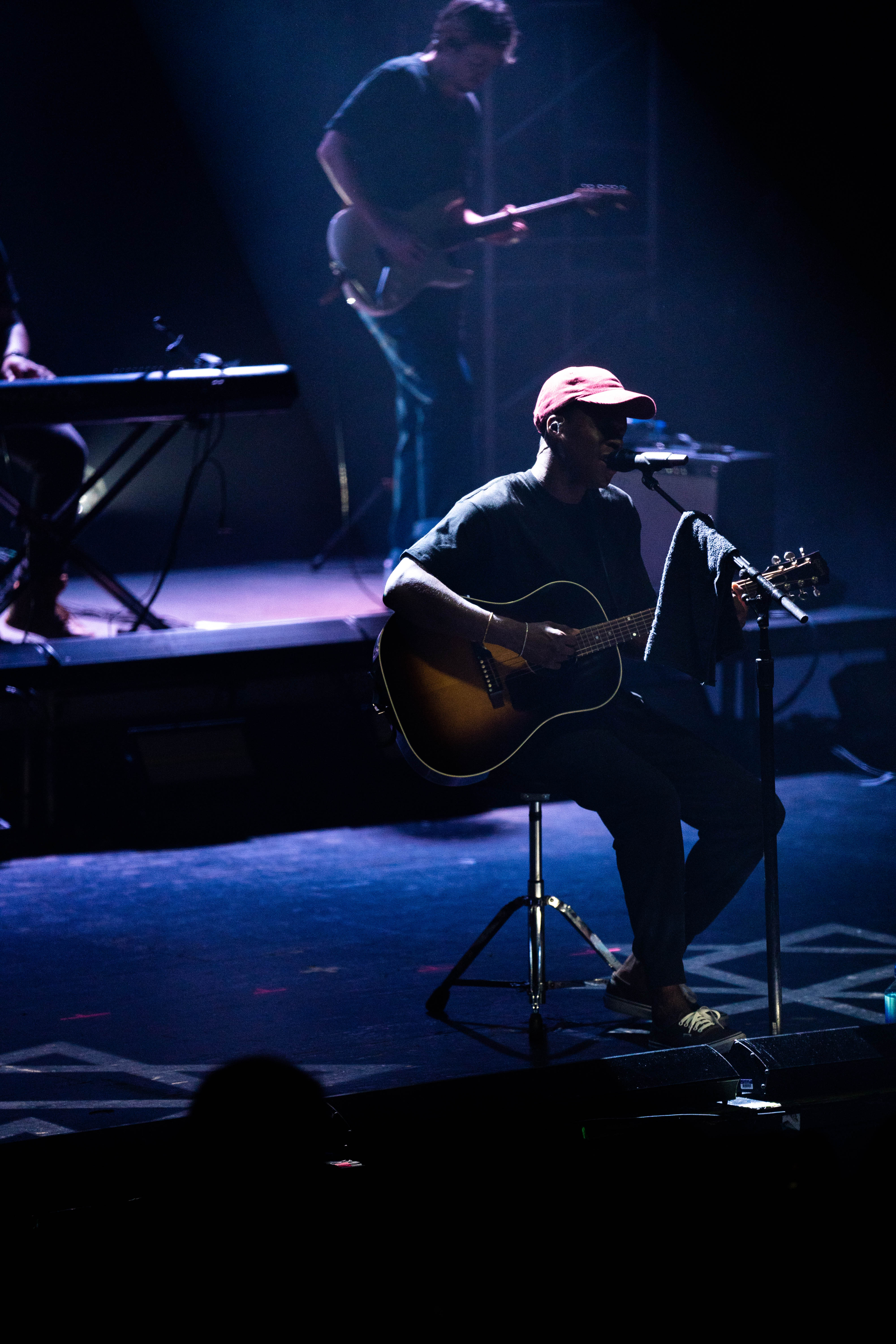 Even more, is that these fans knew every lyric to Caesar’s tracks. During his performance of “Who Hurt You,” Caesar turned the mic to the crowd and the fans lit up the venue singing the entire second verse. He did this several times as well with H.E.R.’s verse on “Best Part” and Kali Uchis’ verse on “Get You” – drawing similar reactions. He also has a knack for putting couples in an endearing mood. All over the venue, you could spot couples ranging from teenagers to middle-aged husbands and wives kissing and holding each other. 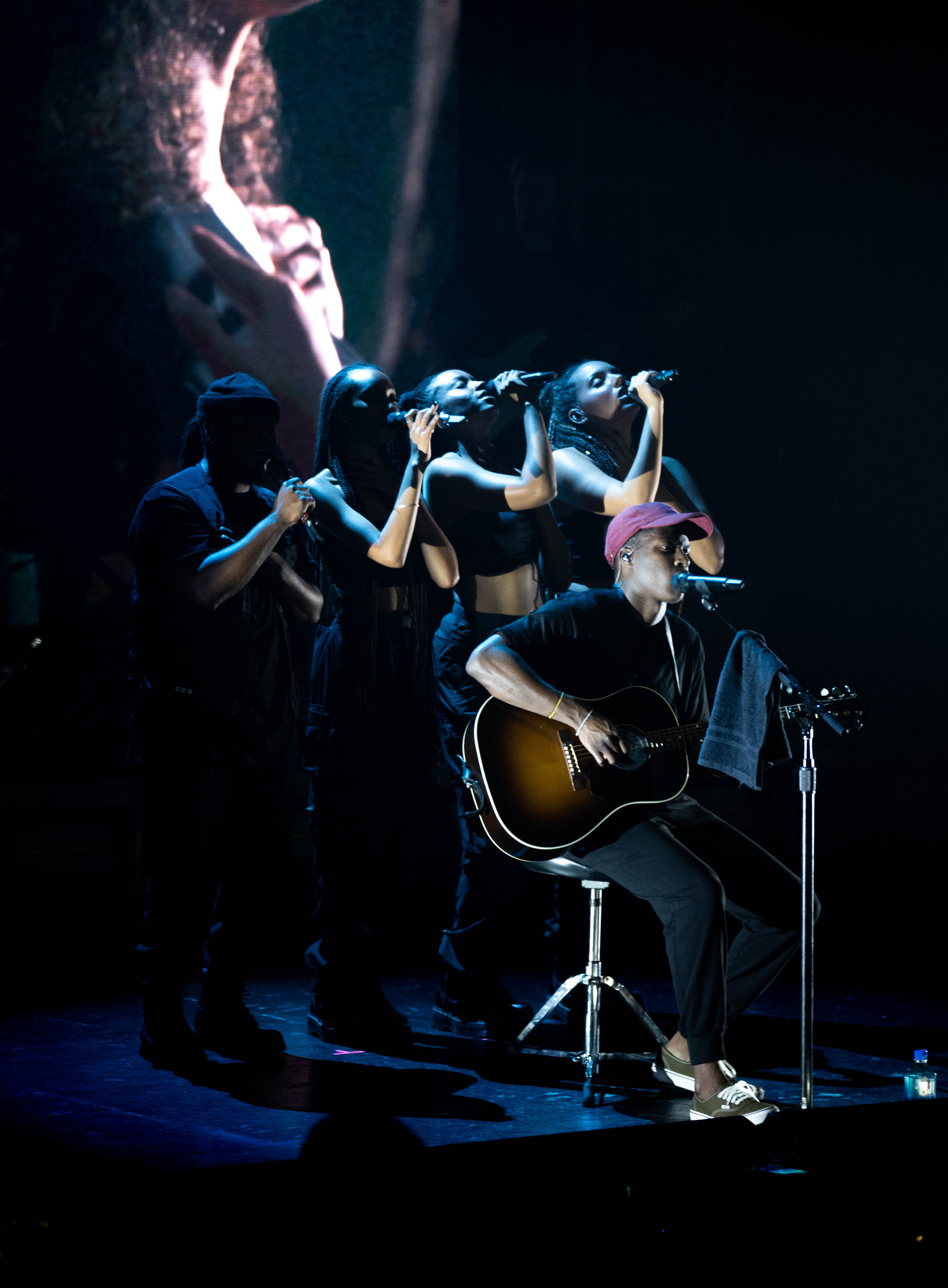 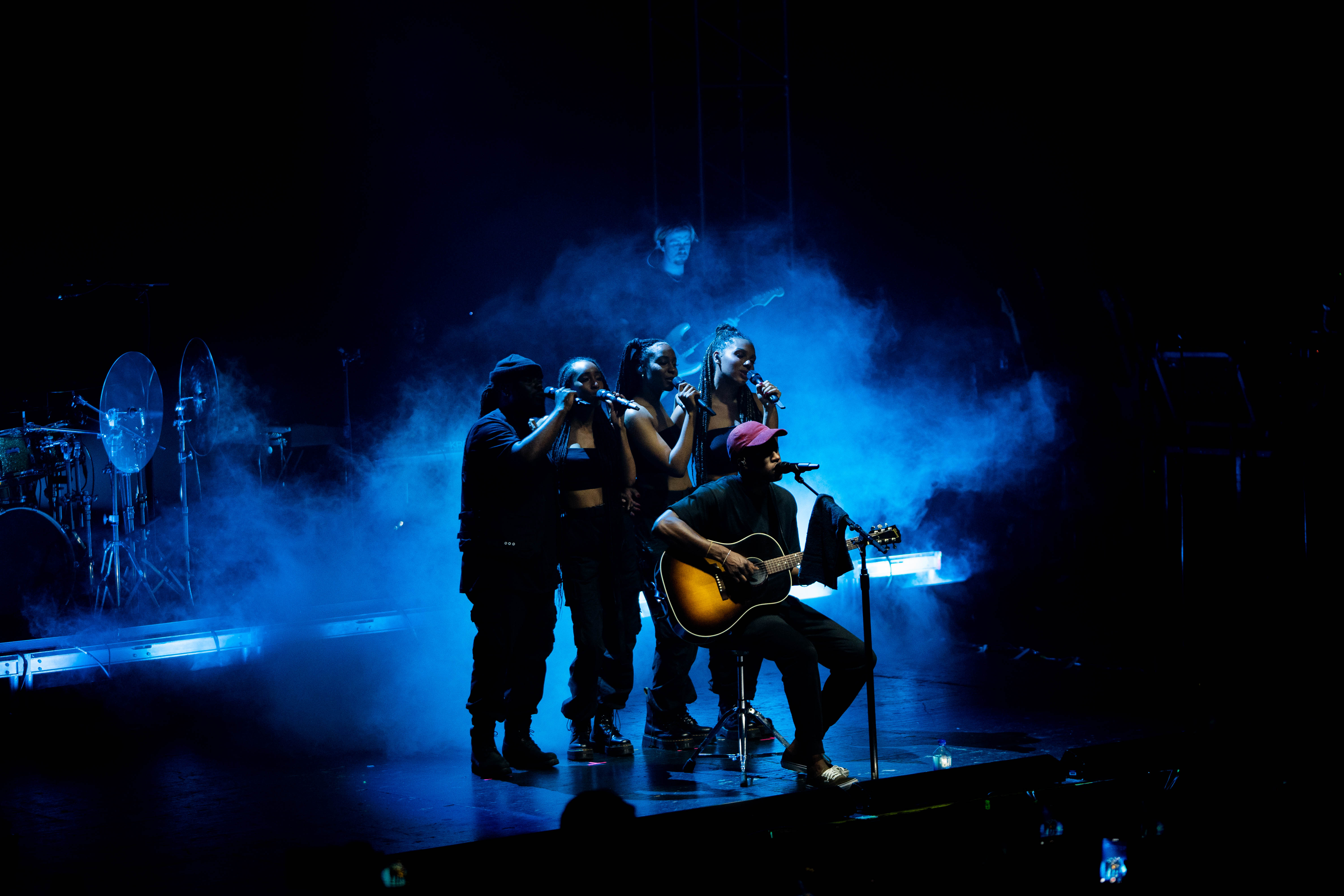 On the album’s closer, “ARE YOU OK?” Caesar experiments with new howling sounds. Aside from it being different sonically, the overall theme of the album is about spirituality and existentialism. Caesar addresses this theme right off the bat with the first song “ENTROPY,” which focuses on the dramatic events that occur in a person’s life that a person can’t control. To hear more of Caesar’s experimental project, stream it on all major platforms. 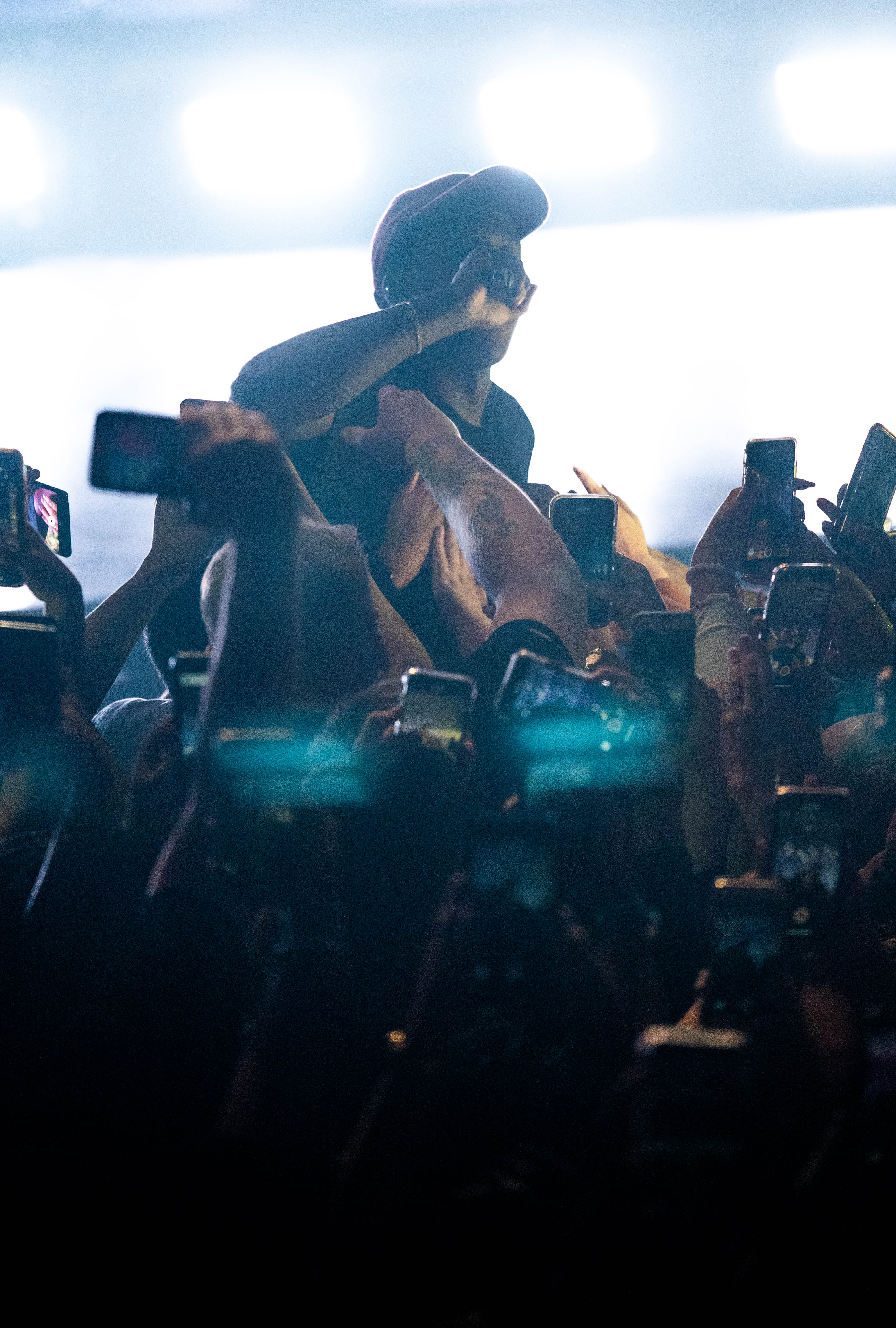 As mentioned earlier, the show was much different than other shows when it came to the setlist order. Even since his last tour for Freudian, Caesar has gotten even more into taking fans on an emotional and unpredictable path. It’s common for an artist to close their show with a new album’s most energetic song or popular track, however, Caesar did neither of these. He didn’t close out the night with “Get You,” “Best Part,” “Blessed,” or even “Love Again”, his most prominent track off CASE STUDY 01. He closed with “ARE YOU OK?” – one of the slower songs on the project.

At first, I felt as if there should have followed but after giving it thought and considering the lighting and his subtle attire, I realized that Daniel Caesar wanted this experience to be intimate and mysterious, rather than giving the crowd a generic concert. Stream CASE STUDY 01 below and see more shows from the show. 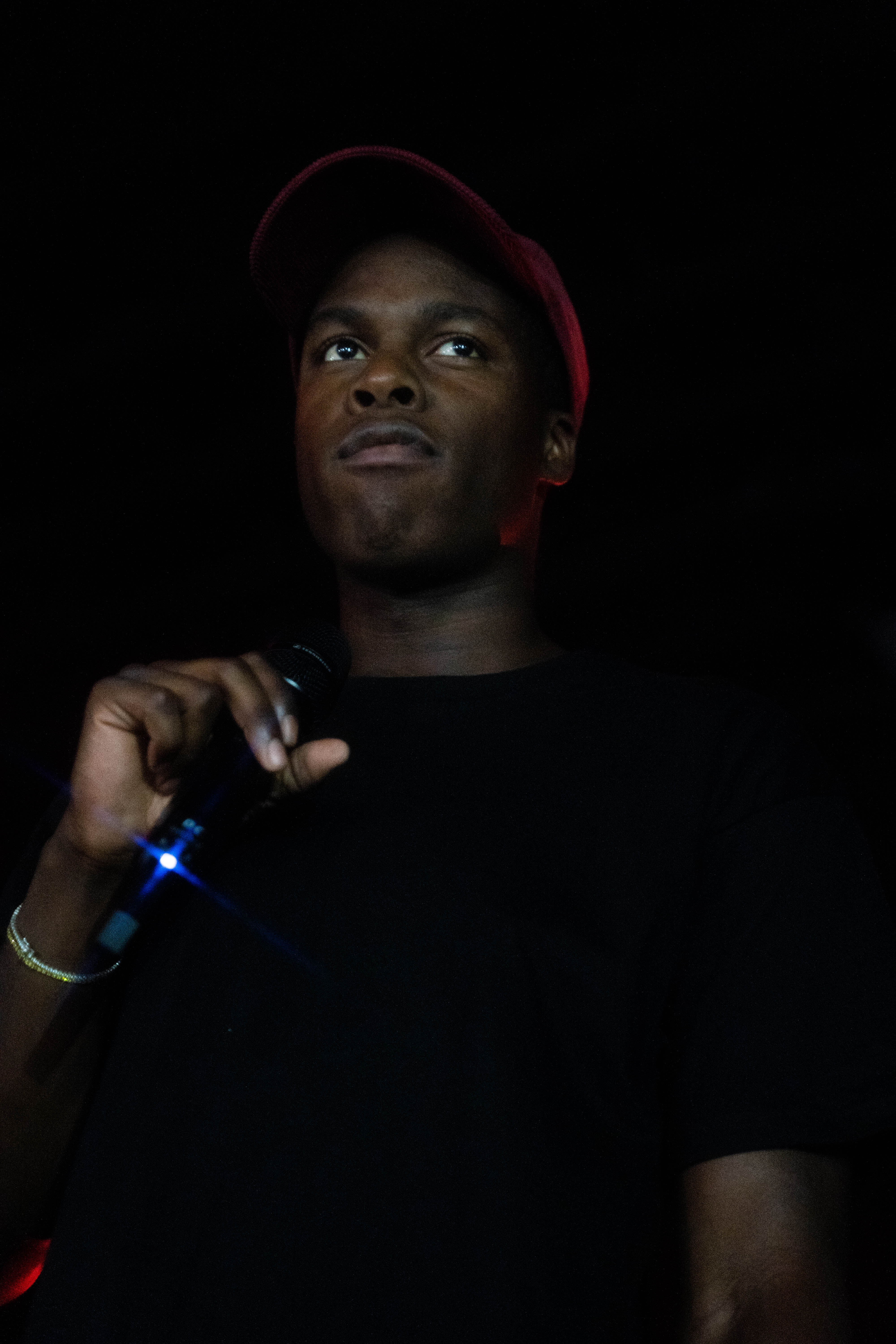 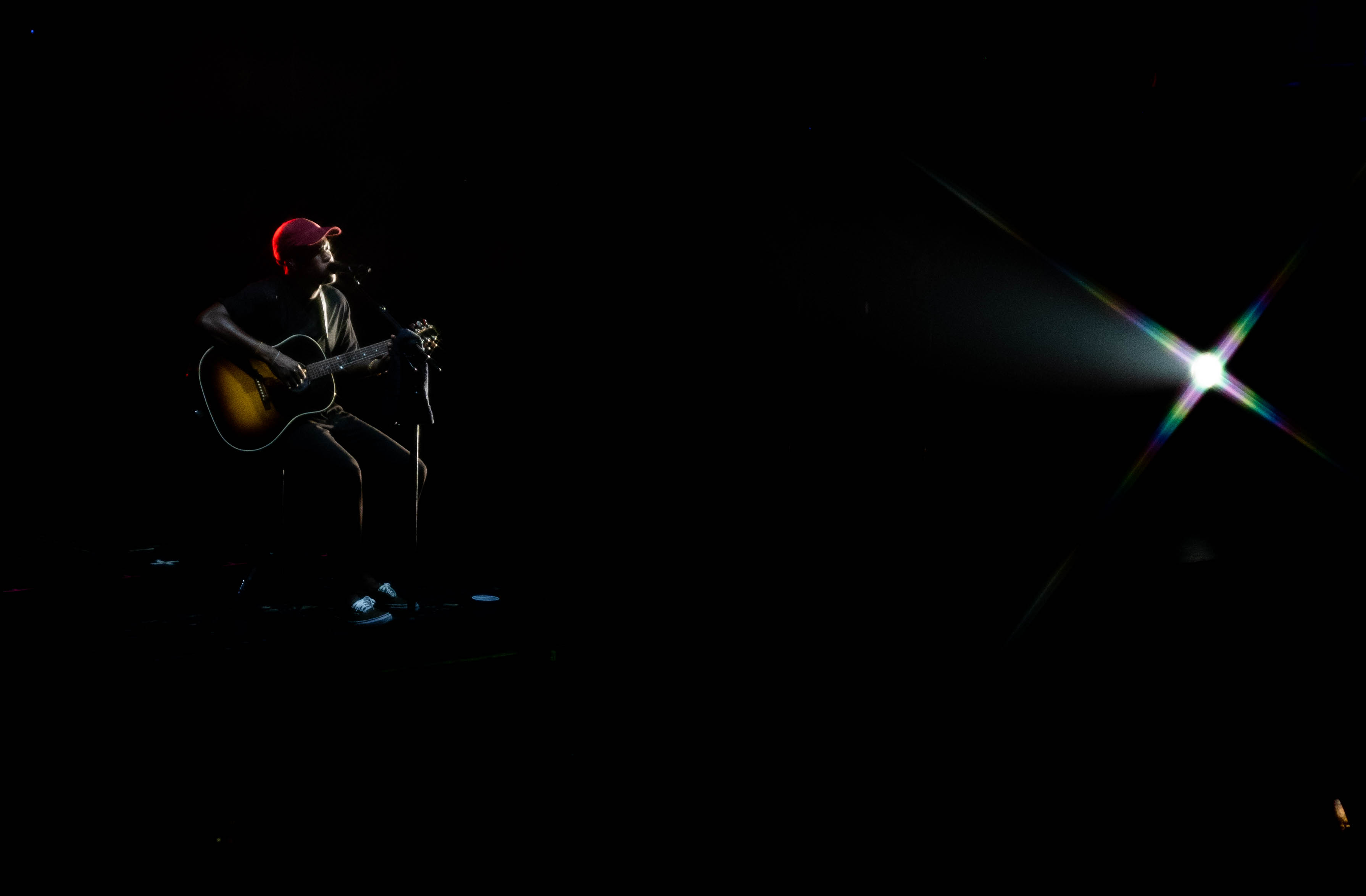 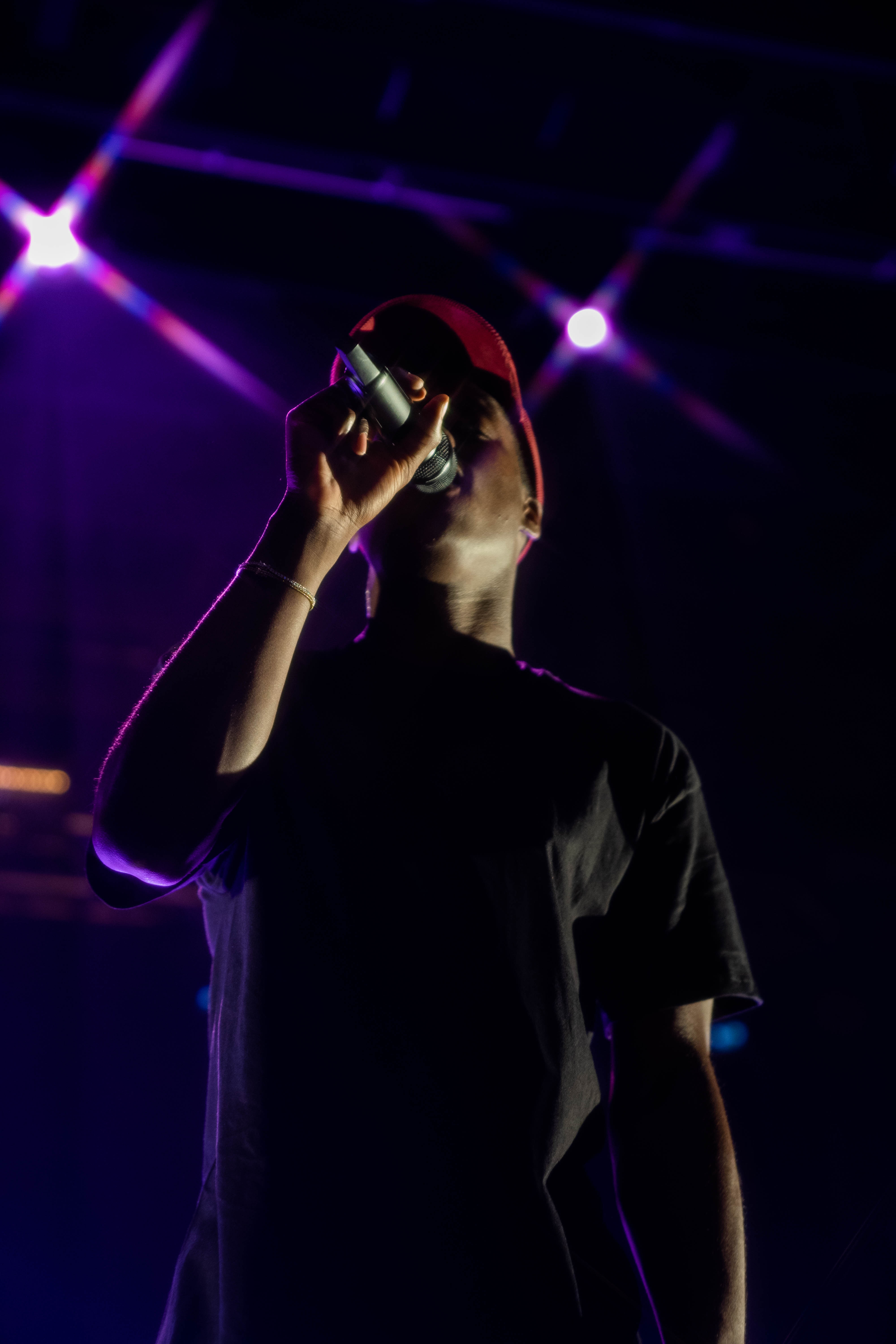 The Canadian R&B artist will continue his tour in the UK and Europe through October before returning for Camp Flog Gnaw Carnival in November. Dates in his native Canada follow and if you’re lucky enough to be in one of the cities he will be on tour in, you should definitely go experience one of the most unique concerts you’ll ever attend. See all future tour dates and tickets here.