“Show You” is off the forthcoming album, The Making of a Paracosm

Swedish producer Kasbo returns with “Show You,” the second single from his forthcoming sophomore album, The Making of a Paracosm. Contrasting the vibrant horns and harmonies of the album’s first single, “Play Pretend” ft. Ourchives, Kasbo’s latest song feels like a daydream, a totally smooth track highlighted by chopped vocals, silky instrumentation, and euphoric drops.

An emotional release meant to evoke feelings of longing and hope, the song captures another aspect of Kasbo’s psyche and the diverse and compelling production characterizing his upcoming album. With soaring melodies and soulful vocals, the new project captures a spectrum of sentiments expressed in magnificent sonic outbursts and complex soundscapes. Culminating in an escape from reality already felt within the microworlds of the album’s first two singles.

The Making of a Paracosm is due October 23 on Foreign Family Collective/Counter Records. The record is noted as being highly influenced by the Swedish producer’s heritage, which plays a part both thematically and instrumentally in the project. Swedish creatives like Frida Sundemo, Freja The Dragon, Nea, and NOOMI all make appearances on the album. There’s also a notable appearance from Vancouver Sleep Clinic on a track called “Lune.” See the full tracklist below and pre-order the album here. 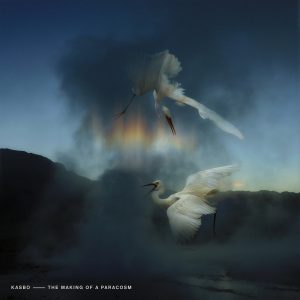 The Making of a Paracosm Album: Pre-Order

The new album is set to immerse listeners in a new surreal universe, born out of the dual worlds of reality and the escape from it. The anticipation around the release is already building, with the first single notching over 500K streams within a month. Now, with “Show You,” Kasbo further proves why his upcoming will be a must-hear come October. The album follows Kasbo’s 2018 debut album, Places We Don’t Know, which earned over 200 million streams.

Since the release of his breakout EP, Kasbo has proven himself as an unstoppable force in the electronic music scene. He’s performed at Coachella, Firefly, Life is Beautiful and others while also selling out major North American venues on his first-ever headline tour, including NYC’s Bowery Ballroom and LA’s Fonda Theatre. Last year he toured with ODESZA on their album run and capped 2019 with an epic set at Red Rocks Amphitheater.