Timelezz is due September 3rd via Universal Music Latino

To celebrate the album’s imminent release, Jhay reveals an expanded run of shows as part of his Timelezz Tour, including shows in Miami, Chicago, and New York. These announcements come on the heels of Jhay surprising fans with the release of his video for “NOS MATAMOS” last week, the final single from Timelezz.

Jhay is also coming off a wildly successful summer where he conquered the Hot Latin and global charts with Skrillex collab “En Mi Cuarto,” debuting at #22 and charting across 96 countries simultaneously, “DÁKITI” with Bad Bunny, “911” with Sech, and “Fiel” with Los Legendarios and Wisin.

Additionally, these announcements follow two wins and one nomination for Jhay at this year’s Premios Juventud. “DÁKITI” won Viral Track of the Year and Song of the Year, on top of the song peaking at #1, having spent 40 weeks on the Billboard Global 200 chart, and the music video is quickly approaching 1 billion views on YouTube. Jhay also broke records for ticket sales at the iconic Coliseo de Puerto Rico, recognized as the most important arena of the urban genre in the region, with the announcement of his three successive shows at the venue as part of the beginning of the Timelezz Tour. See more on Soundazed. 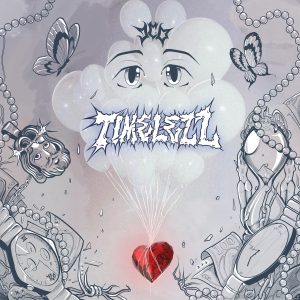