Fueled by euphoric and bombastic instrumentation, the song radiates hopefulness for a brighter future. “So much of last year felt apocalyptic, and this year we can finally see the light at the end of the tunnel,” shares AJR. “Things aren’t back to normal yet, but we should be celebrating the small wins, even if they seem trivial.”

The energetic release is perfectly captured in its accompanying video with the New Yorkers frenetically taking over the TWA terminal at the John F. Kennedy International Airport and the Central Park Carousel, among clips of the band performing their must-hear new song.

Their first release of the new year, “Way Less Sad,” is the fourth track shared from OK ORCHESTRA. Described as “the most sonically experimental and emotionally raw album they’ve ever made,” AJR’s recent releases, including their massive hit “Bang!,” carry a cohesive undertone of vibrant textures, anthemic hooks, and memorable soundscapes. Powerful indicators the band is preparing to release an unmissable new album.

“Bang!,” which lands as track seven on the upcoming album, also marked the band’s first Top 10 entry on the Billboard Hot 100 and sixth platinum single to date. It’s become a radio behemoth, peaking at #6 on Pop radio, #2 on Alternative radio, and rising to #2 on Adult Pop radio. The 13-song album will also feature “Bummerland” and “My Play.” See the full tracklist below. 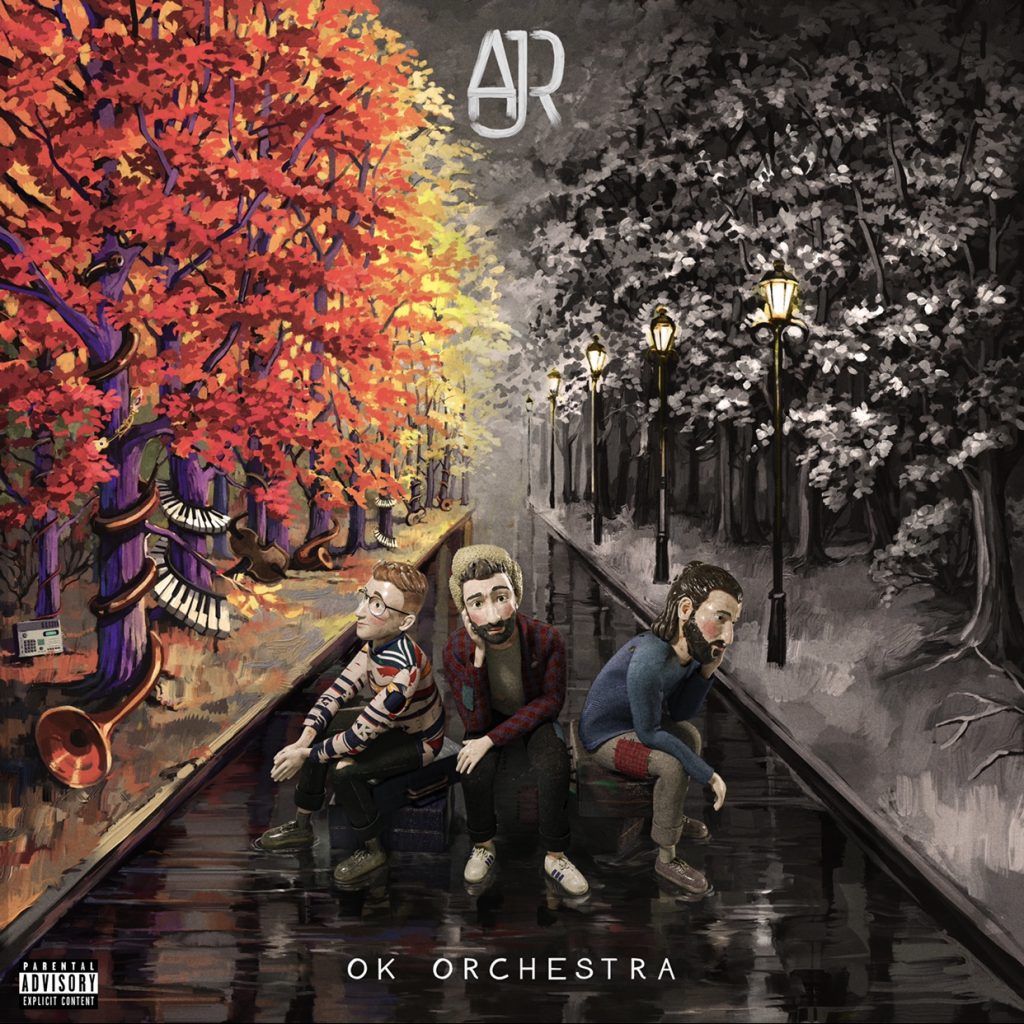 OK ORCHESTRA is the follow-up to 2019s Neotheater, which debuted at #8 on the Billboard 200, #1 on the Alternative and Rock Albums charts, and features their platinum single “100 Bad Days.” Following the band’s first-ever live stream concert, AJR’s One Spectacular Night – which sold over 60,000 tickets – the band now has sights set on the March 26th release of their most ambitious project yet. Pre-order and pre-save the album HERE.