About You is due August 30th on Future Classic

In a little over a year, Melbourne’s Georgia Flipo aka G Flip has gone from an at-home hopeful to one of Australia’s leading female musicians. Hours after uploading her debut single “About You” to triple j unearthed in February 2018, the song premiered on the acclaimed music network to viral success.

“About You” was followed by “Killing My Time,” which proved to be another major success for the former band drummer, and 2019 has already seen the release of three singles, “Drink Too Much,” “I Am Not Afraid,” and most recently, “Stupid.” The tracks are leading to the release of G Flip’s highly-anticipated debut album, ABOUT US, due August 30th on Future Classic.

I caught up with G Flip ahead of her set at Lollapalooza to discuss her upcoming debut album, ABOUT US, her viral single “About You,” and more. Read on below for the full scoop.

Yes, very far from Australia but I’m very excited. I think my body is still trying to catch up with the time adjustment — it’s like 2 AM in Australia so it feels like I just stayed up all night, but it’s super cool to be here and it feels like a total dream.

Your debut album ABOUT US is due at the end of the month. Can you tell us about the inspiration behind it?

I wrote most of the album toward the end of 2016 into 2017 when no one knew of me. I was just making music in my bedroom, producing, and recording everything in my room. In my room, there’s a bunch of instruments everywhere and a little bed just in the corner. My main inspiration was that I was in an on/off relationship with this girl that I’m actually still with to this day. We experienced a lot of turmoil, a lot of ups and downs. We tried doing a long-distance relationship while she was living overseas. We’d be on then off and fighting, then back together in love. I wrote so much about our rollercoaster relationship that when it came time to pick songs for the album, I realized it was just a big story about our romance. So I put the tracks in a certain order as a timeline of our relationship. You can hear how our relationship got to the end. In the last song, you can tell whether we stayed together or not.

ABOUT US features your breakout viral single, “About You.” What was your initial reaction to the massive success of that track?

It’s been about a year and a few months since I released the track and it kind of went viral on the internet, which was a total dream. When it started picking up internationally, I remember just literally sitting in my bedroom where I made it, just totally shitting my pants. I was thinking it was so crazy and I couldn’t believe it was actually happening. People from the U.S. were messaging me and connecting with it, which was insane, and now here I am a year later.

Is it at all nerve-racking to be releasing such a personal first album?

For me, it’s not too nerve-racking. I think asking my partner if it was okay to release it was more nerve-racking. What happened was, I hadn’t seen her for the entirety of 2017 and at the end of the year, she just turned up at my doorstep and asked what I had been up to. I told her that I went solo — because I’ve always been a drummer in bands. I played drums in bands my whole life and was a section drummer. I told her I was going solo and that I had written a ton of music. So, of course, she asked to hear them and straight away I panicked. I told her I didn’t want her to hear them because they’re all ABOUT US – which is the title of the album. But, she listened to all the songs and she cried, I cried, and we actually haven’t left each other since that day when I showed her all of the songs. Then, a few months later, I dropped “About You” online and it went crazy.

You mentioned being really into drums and live instrumentation. Sonically, is there a moment on the album you’re most proud of?

I think probably the last song “2 Million.” There’s something really special about that song. I had a session with Scott Hoffman really early on. I had just played my first-ever shows at SXSW and was in LA doing writing sessions. I’ve always written and produced by myself and suddenly I was working with people — which I love because two heads are always better than one. We literally made this in two hours and it’s such a magical song.I get really anxious on flights and I get really scared and a lot of my flights don’t have WiFi, so I’ve just been listening to the tracks on my phone. “2 Million” is one that just calms me down, it just sounds like rain falling or waterfalls — it’s a bit magic like that.

Last week you shared your latest single, “Stupid.” Can you tell us a little about this track?

That’s the one song that my partner and I were a little shy about — like what is my mum and dad going to think of this? You know, obviously cause of the lyrics in the chorus, I say “we kiss and fight and ____ all night.” It was written back in the day when we were having really crazy fights, then it would be fun, and then back to arguing, maybe partying a little much in our younger days. But yeah, it’s a really fun song and has gotten a great response.

You’re playing Lollapalooza today – what’s been the crowd’s reaction to some of the unreleased tracks on the album?

People are really into it. I’m constantly getting messages saying “can you please release ‘Morning’ or ‘Real Life’? Can you please release ‘Stupid’? That was one I had lots of messages about and people seem to be really getting into it, which is so lovely. It gives you that extra reassurance because once you release the album, you already know that the tracks want to be heard.

Will we get any new music videos?

Yes, I’m currently working on finishing up the “Stupid” video!

What’s next after the album release?

Ooo – I’ve got some songs that I’m pretty stoked about. 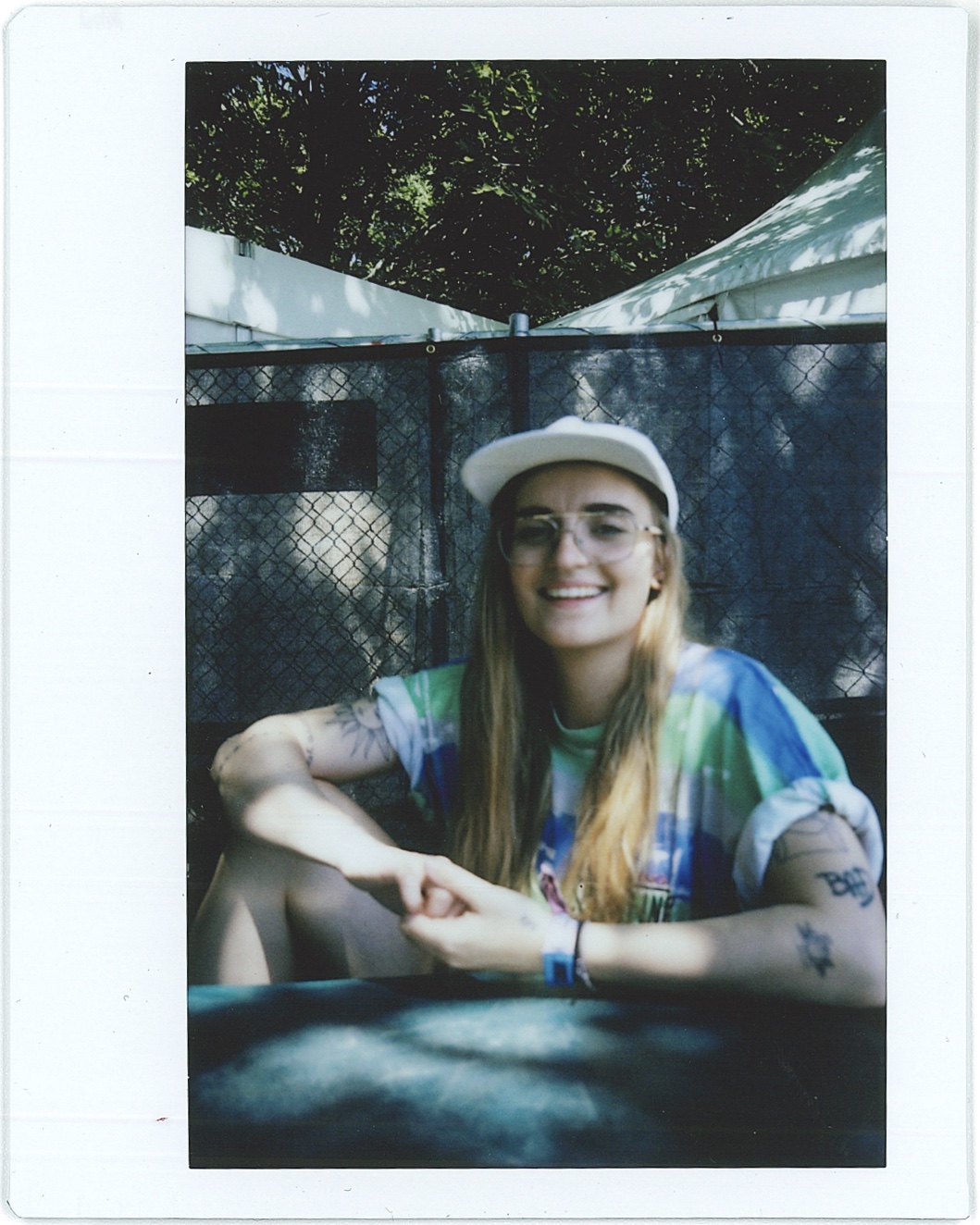 You’re already cooking up new music for us?

Yeah, definitely, I’m always cooking up new music. I wrote most of the album in 2017 when I didn’t have any pressure or team around me. Since then and throughout 2018, I wrote a lot still so I’ve got quite a bit of material behind me, which is really nice to have.

Last question, what Australian music are you listening to right now?

There’s a band called Earthlings, they’re four 16-year-old girls and super awesome. There’s my mate Dean Lewis, who is also playing here… and you know what’s crazy? Out of the whole four days of Lollapalooza, he and I clash set times. We are playing the exact same time. We were like what the hell?? We’ll miss each other here but I’m sure we’ll grab a drink after our sets. The last band would probably be Skegss – they’re like thrashy surfer rock. Oh, and Ruby Fields – check them out.