Around 2010, the Virgin Group hosted several festivals in Canada, UK, and Columbia, Maryland. With a new brand image and mission, Virgin is debuting its new and exciting, multi-genre festival, Virgin Fest. Brought to us by Virgin’s Sir Richard Branson and veteran festival producer, Jason Felts, the inaugural is shaping up to be an unmissable event.

Furthermore, the 50th anniversary of Virgin Records inspired this latest reboot. Branson’s pure love of music has been the driving force behind Virgin Records and now Virgin Fest. Their slogan, “ALL ARE WELCOME” is at the core of their production. Indeed, Virgin wants to create a safe space where all people can embrace themselves and simply be unique.

On June 6-7, Virgin Fest takes off at Banc of California Stadium + Exposition Park in Los Angeles with a multistage, indoor/outdoor setup and an energizing lineup of 60% female and non-binary artists. 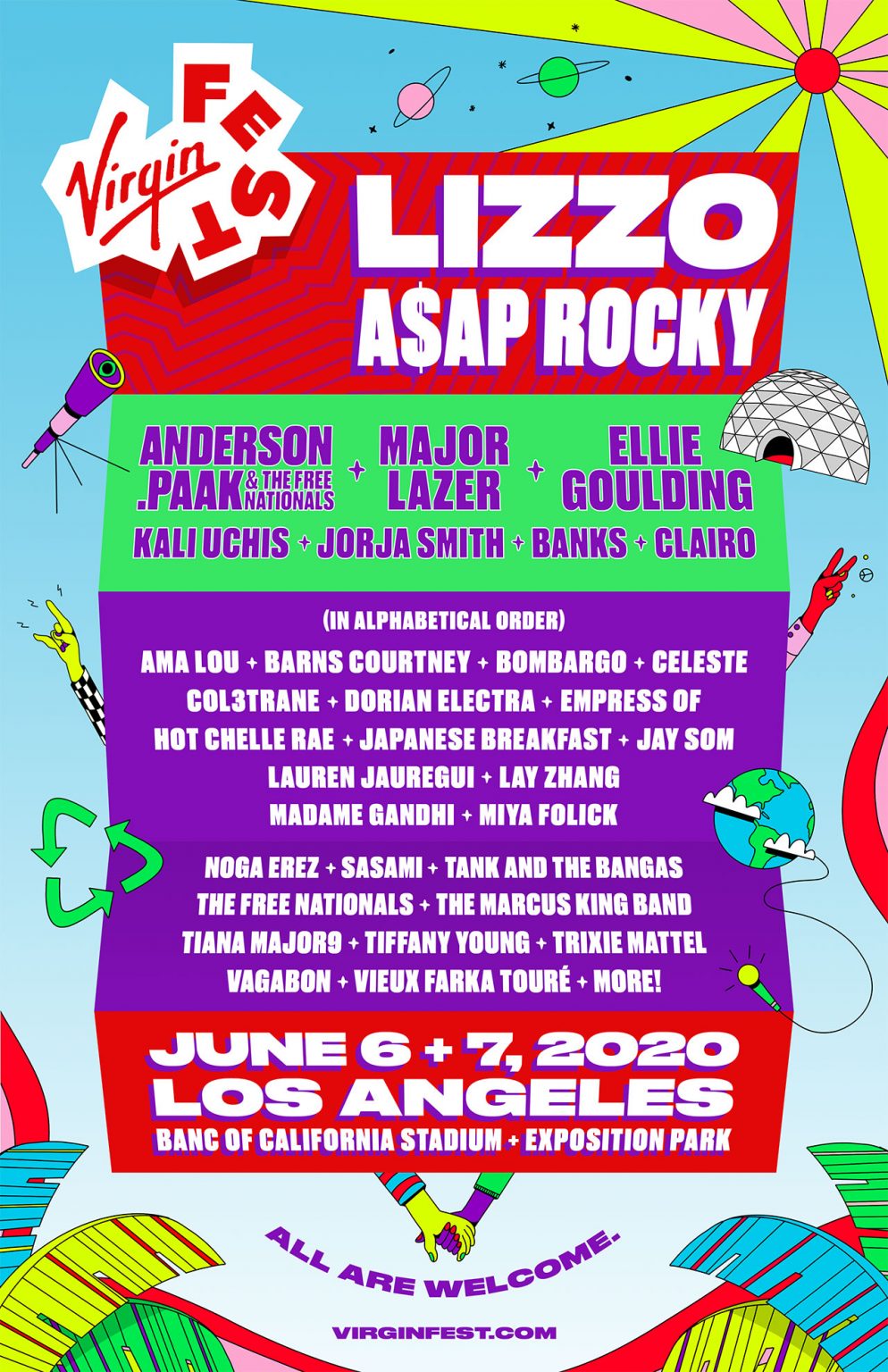 The festival is making a statement with its heavily female-oriented lineup. Sustainability is also a top priority for this year’s event. With plans to implement a festival-wide ban on single-use plastics and a solar renewable energy program.

Being thrown in the ring, alongside large music festivals in the LA area like, Coachella, Camp Flog Gnaw, and Rolling Loud, Virgin Fest is taking a very unique, experience-centered approach behind its production and we think it’s going to make for an amazing festival. Get your tickets here before they sell out!