Texas-born, GRAMMY Award-nominated, multi-platinum hip-hop artist and business mogul Travis Scott has announced the full music lineup for his third annual Astroworld Festival. In celebration, Scott has also released a very limited number of additional tickets to the event, which are on sale now at AstroworldFest.com.

The largest artist-curated music festival in the world and the largest music event in Scott’s hometown of Houston will return to NRG Park on Friday, November 5th, and Saturday, November 6th. With a new creative theme, “Open Your Eyes To A Whole New Universe,” the critically-acclaimed rapper turned mainstream culture phenom will once again curate and produce his very own larger-than-life multi-stage music festival while also bringing back the beloved spirit and nostalgia of the legendary and now-defunct amusement park – Six Flags AstroWorld ­– that Scott visited countless times as a child.

Continuing a nod to the NRG’s previous tenant, the festival has again invested significant real estate in building out an amusement park and carnival footprint for the 2021 event. This year’s fest will feature more than 30 custom carnival games and rides, including a roller coaster, Ferris wheel, and bumper cars – designed to entertain fans when they need a break from music.

Fans participating in the carnival games will have the opportunity to win one of 100+ different custom Astroworld prizes, which include limited-edition items that won’t be available anywhere else. Participating carnival sponsors Raising Cane’s, Nike’s Jordan, and the Houston Astros have all kicked in grand prizes as well, including the opportunity to eat free Cane’s for a year, score a pair of limited-edition Jordans, or win tickets to a future baseball game.

A portion of proceeds from the event will be donated to the festival’s official charity partner, Cactus Jack Foundation. Founded by Scott, the nonprofit organization seeks to empower and enrich the lives of youth by providing access to education and creative resources to ensure long-term success. See the full lineup below and tickets on AstroworldFest.com. 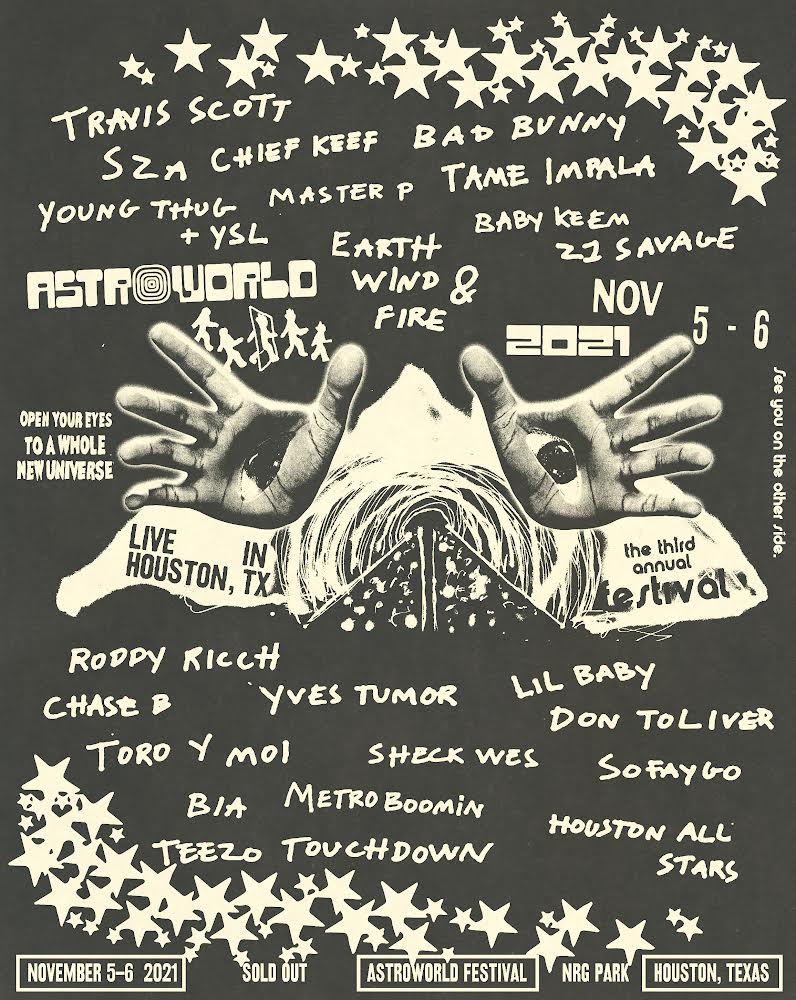