Last month, I packed up my SUV and drove over ten hours to attend Bonnaroo Music & Arts Festival and it was worth every single second because there’s truly no place like Bonnaroo. From the moment you first step foot on the expansive 700+ acre farm until your final high-five of the weekend, Bonnaroo makes rural Tennessee feel like home, regardless of your origins.

From its opening hours until late afternoon on Sunday, festival-goers have the opportunity to join engaging workshops in The Academy, participate in yoga, dance, and other performance art in the Solar Stage, laugh at amazing comedians, partake in exclusive dinner events, and so much more. Campsites have plazas filled with once-in-a-lifetime opportunities, like karaoke with T-Pain, and that’s just the beginning.

With over 150 acts from across the globe, every year, Bonnaroo is becoming increasingly diverse in sound and more fun to attend. In the few years since my first time, new stages have developed from mere tents to huge structures, and the amazing vibes have only gotten stronger. This year’s headliners were Eminem, The Killers, and Muse, but as always, it’s the names lower on the bill that had us shaking with excitement. Future, Bassnectar, Bon Iver, Paramore, Khalid, Kaskade, Dua Lipa, Billie Eilish, Sheryl Crow, and so many others, kept the party alive for all four unforgettable nights.

Music: Go for the openers, stay for the headliners. Bonnaroo’s lineup this year was one for the books. At every turn, it felt like I was running into another stage with an artist that I knew, loved, or wanted to hear more of. Bonnaroo’s iconic three What, Which, and This stages provided a weekend home to some of the biggest names in music. Nile Rodgers & Chic brought down the house, Dua Lipa delivered a chart-topping performance, Billie Eilish proved why she’s pop’s next it-girl, alt-J gave us two incredible sets, and Hayley Williams from Paramore gave me literal goosebumps. The Who Stage continued to provide a platform for rising artists like Saro, Jade Bird, Leven Kali, and Miller Lite’s On Tap Lounge (with phone charging stations and shade) created a nice little oasis for enjoying music from Fletcher, Jaira Burns, Matt Maeson, Duckwrth, and Flor.

Other Stage: Once just a tent, the Other Stage is now a behemoth of a stage and by far, my favorite of the weekend. From Thursday-Sunday, the EDM focused stage housed rapturous sets by What So Not, Alison Wonderland, Kaskade, Justin Jay, The Glitch Mob, Space Jesus, K?D, Carnage, Snakehips, Valentino Khan, Virtual Self, Mija, Chris Lake, Slander, and so many others. Knockout lineup, visuals, pyro, and not a drop of sound bleeding at all. That last part is the most critical.

Kalliope Stage: Kalliope’s traveling stage returned to Bonnaroo this year and we could not have been happier. Kalliope delivers special and surprise DJ sets from artists on the lineup, leading to some of the best moments of the weekend. When I first went to ‘roo in 2014, Skrillex played the most incredible sunrise set. This time around, Kaskade stepped off the Other Stage and immediately went over to Kalliope. After a great set by Slander, Kaskade dropped a three-hour redux sunrise set from 4-7 am. I just teared up writing that, it was incredible. Also, Kalliope showed the entire Stanley Cup final on its big screens, a great moment for the hundreds of Washington Capitals fans taking a break in between sets to watch the Caps take home the championship?

Bonnaroovians: Regardless of the year, Bonnaroo always seems to attract some of the best festival-goers I’ve ever encountered. They watch out for each other, hand out water bottles from the barricade, actively recycle and care for the festival grounds, handout high fives like they’re going out of business, and maintain an incomparable high spirit. If you attend Bonnaroo, be prepared to join an intentional community of kind, like-minded beings ready to create a special experience.

Sustainability: Bonnaroo’s sustainability effort is top-notch and attendees also often devote portions of their weekend helping to collect trash items from the festival grounds. Partially because they genuinely care about the space around them, but also because Bonnaroo has a great incentive program with merch and other prizes to help promote their “no trace left behind” efforts. For example, turning in a Ziploc bag of cigarette butts to any Clean Vibes Trading Post will land you a prize. Find out for yourself what they are when you attend next year!

Food: Obviously, you should pack some non-perishables, reusable water containers, and Camelbacks for the weekend but you should also go to Bonnaroo ready to try some amazing eats. From Big Mozz sticks and juicy chicken kabobs to fresh fruit and arepas — there is truly something for everyone to enjoy. Not to forget, Hamaggedon and its delicious slow-roasted pork which creates a soul-tickling scent that will creep up on you and have you in line for some BBQ pulled pork mac and cheese in seconds. 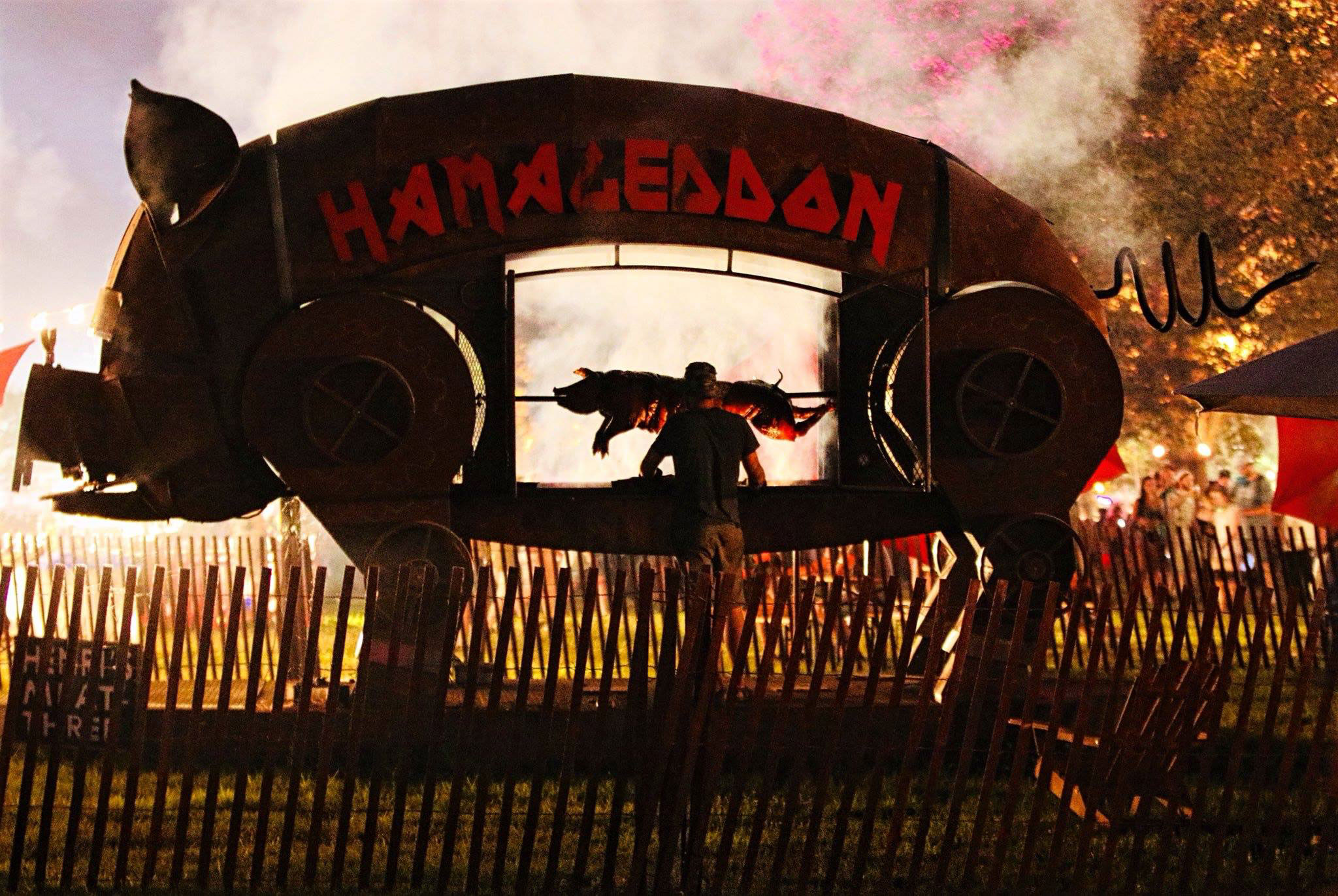 Bonnaroo Music & Arts Festival is truly a special festival that attracts some of the best music lovers in the world. Over the years, they’ve shed and enhanced pieces of their festival with us, the festival-goers, in mind and it really shows. The EDM stage is incredible, almost the entire lineup exudes meticulous curation and more times than not you leave feeling like you’ve made a new friend, discovered an incredible new band, and joined a new family of Bonnaroovians. It’s why you encounter so many people with Bonnaroo tattoos and years of stories to share. It’s why the festival keeps growing, and it’s why I hope I get to see all of those friendly faces again because there’s truly no place like Bonnaroo.