Rising megastar LAUV kicked off his global ~how i’m feeling~ tour in front of 6,000 screaming fans @ The Anthem in D.C. and it was an absolute madhouse.

For most of the year, Ari Leff aka LAUV, the artist with an irrefutable knack for producing catchy pop tracks, has been excitingly teasing his debut album, ~how i’m feeling~. After sharing viral collaborations with Troye Sivan, Anne-Marie, and most recently, LANY, the official follow-up to I met you when I was 18 (the playlist) is already gearing up to be one of next year’s must-hear records.

So far, with ~how i’m feeling~, we hear LAUV digging deeper into his emotions while experimenting with new collaborators and an even richer palette of textures and melodies. His show kicked off with album opener, “Drugs & the Internet” which captures the singer-songwriter examining an existential low point over soaring bass-heavy beats. “I traded all my friends for drugs and the internet / ah shit, am I a winner yet?” he reflects over Jon Bellion-assisted production.

While I’m admittedly new to LAUV’s music, as Anne-Marie collab “f**k, i’m lonely” and Troye Sivan, Leland co-penned “i’m so tired” slapped The Anthem’s wild crowd later in the evening, it became extremely evident one of LAUV’s best qualities as a musician is his ability to genuinely capture and twist extremely personal moments into highly-singable and relatable pop tracks. Suddenly, at a LAUV show, you feel a little less lonely or tired screaming along with other diehard fans sharing similar feelings openly or even just dancing to a song you’ve surely heard on the radio, season 3 of 13 Reasons Why, or countless other places.

To make matters even better, LAUV delivers a high-energy performance throughout the night, even when it takes a quieter turn. After live cuts of “Feelings” from the new album, “Sims,” IMYWIW18 hit “Paris in the Rain,” and even “Sad Forever,” LAUV brought the energy to a frenetic simmer.

Opting for an acoustic guitar and lowered microphone, LAUV approached the edge of The Anthem’s expansive stage as the room hit a complete silence. He performed an unreleased song called “Canada” which ended with a crowd response that not even LAUV could believe. “I wrote that song about someone I’ll never forget” he shared quickly before leaving the stage in excitement.

Returning to the bright and insane visuals that blasted The Anthem’s cavernous concert hall throughout the night – Ari Leff performed a few of his known tracks like “The Other” and closed with his breakout hit “I Like Me Better.” As I was leaving, I noticed blue booths lining the back wall that aren’t normally at the venue.

LAUV and Microsoft teamed up during Leff’s last tour to launch My Blue Thoughts – a cathartic space to share thoughts and feelings during LAUV’s shows. Some are then shared by the artist online. A testament to the growing community selling out spaces like The Anthem and streaming tracks from ~how i’m feeling~ over 700 million times on Spotify alone.

The ~how i’m feeling~ tour runs through November with dates across Europe, New Zealand, and Austalia. Early March 2020 dates in Mexico coincide with the album’s release and are followed by headlining sets in South America and Europe. See all future tour dates here and stream ~how i’m feeling~ as it’s incrementally released over the next few months. 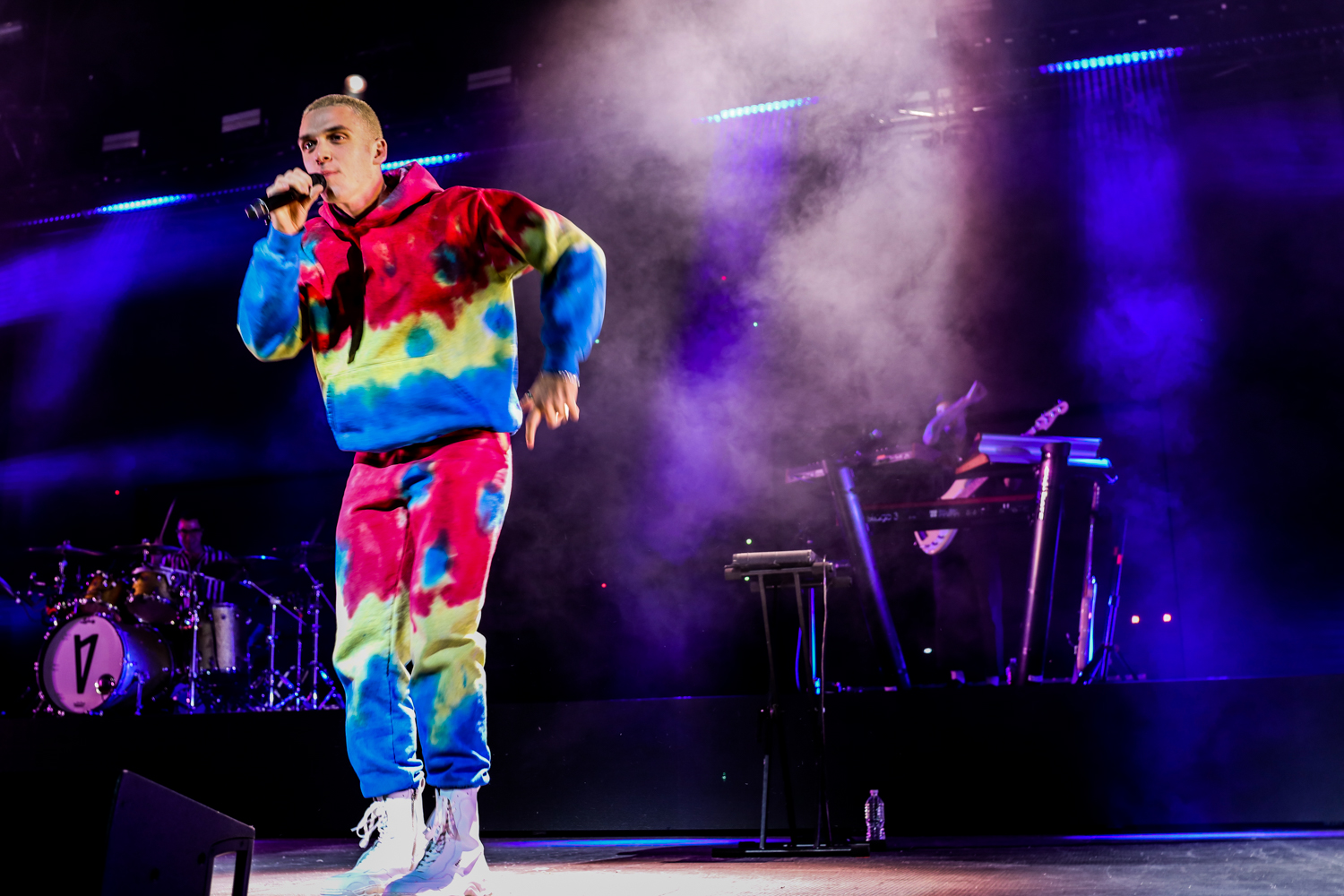 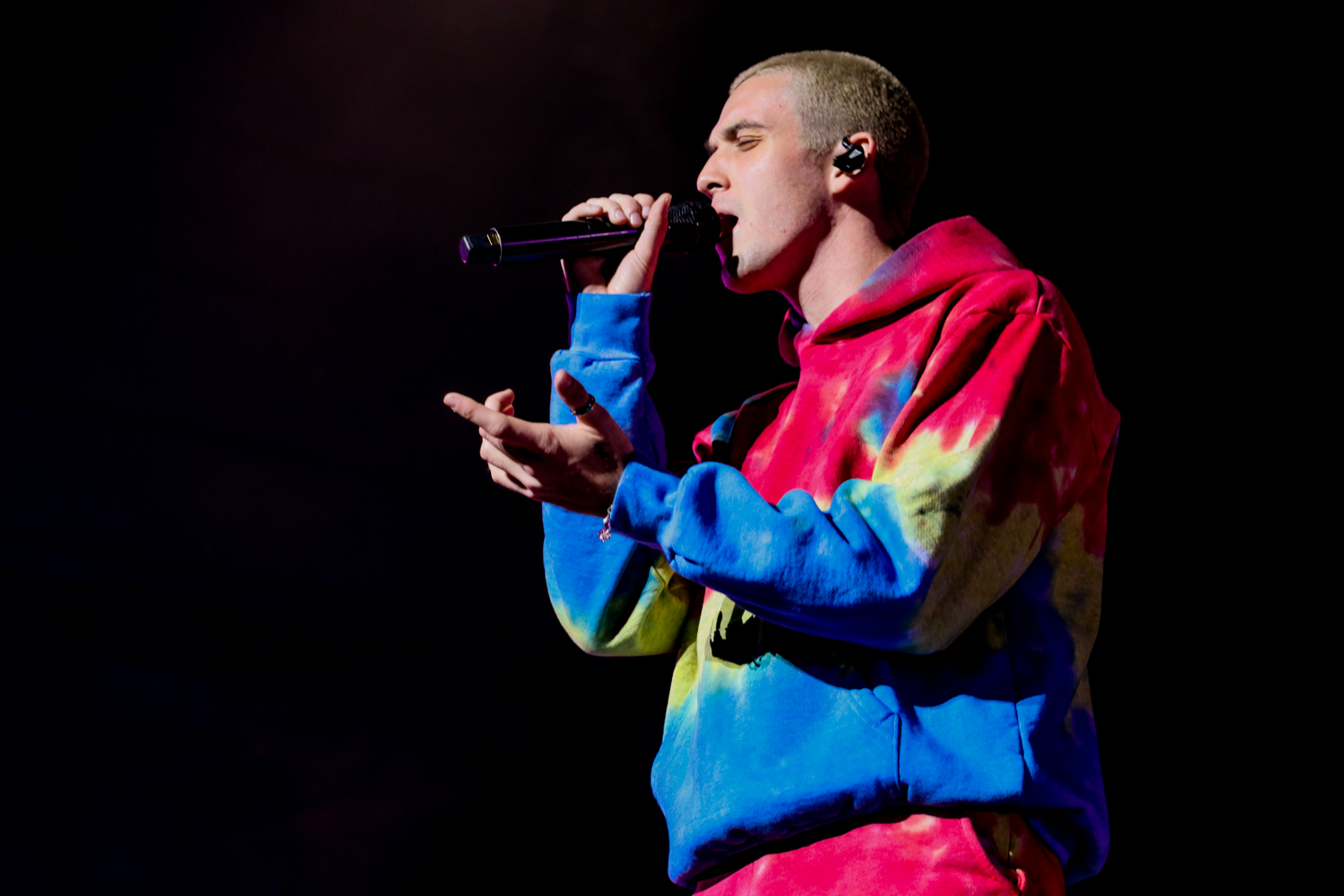 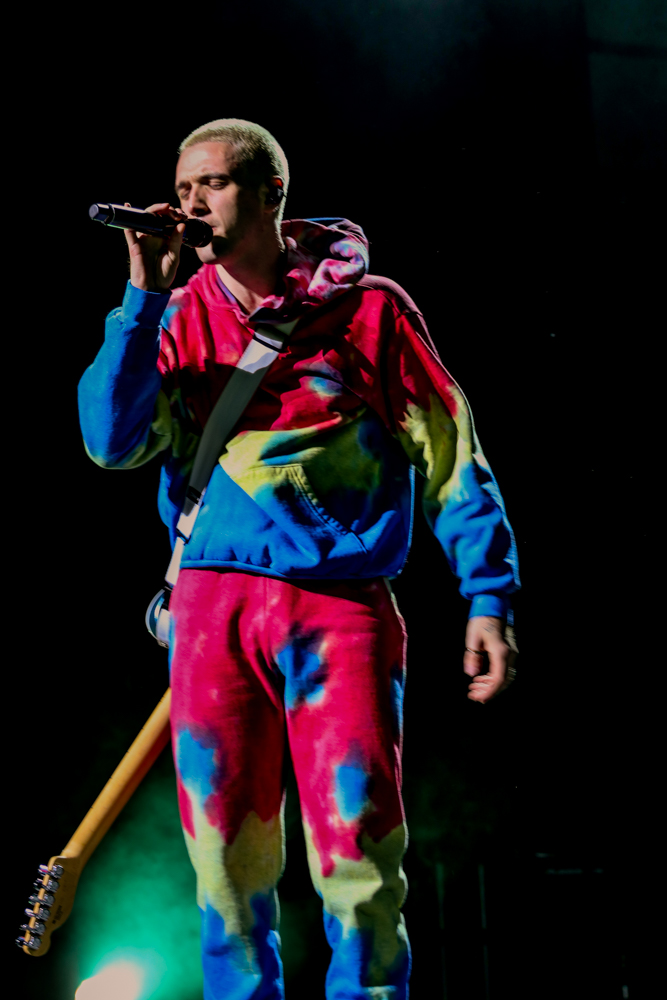 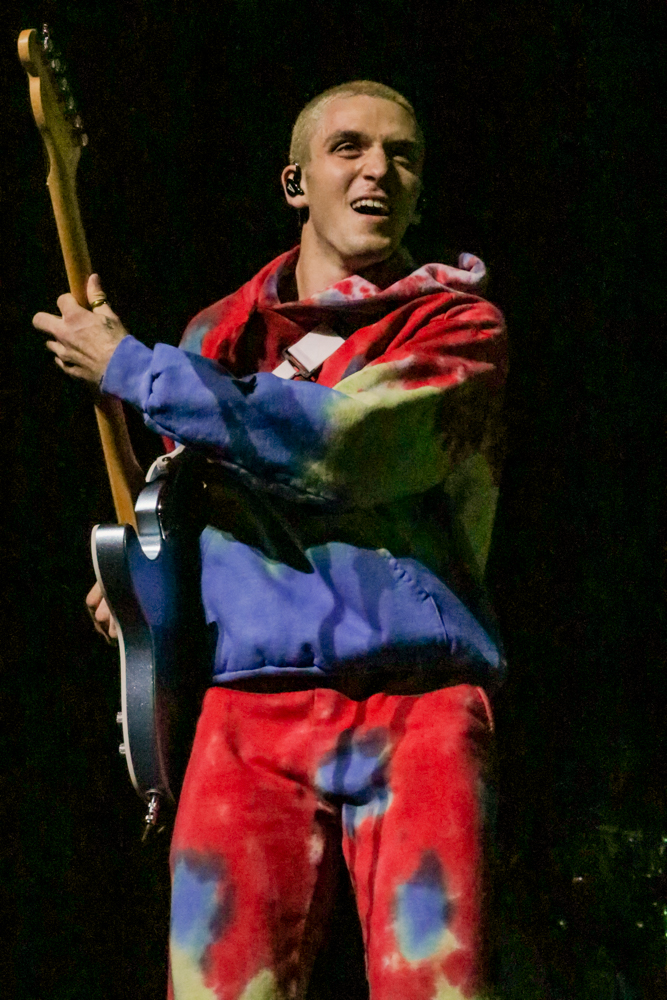 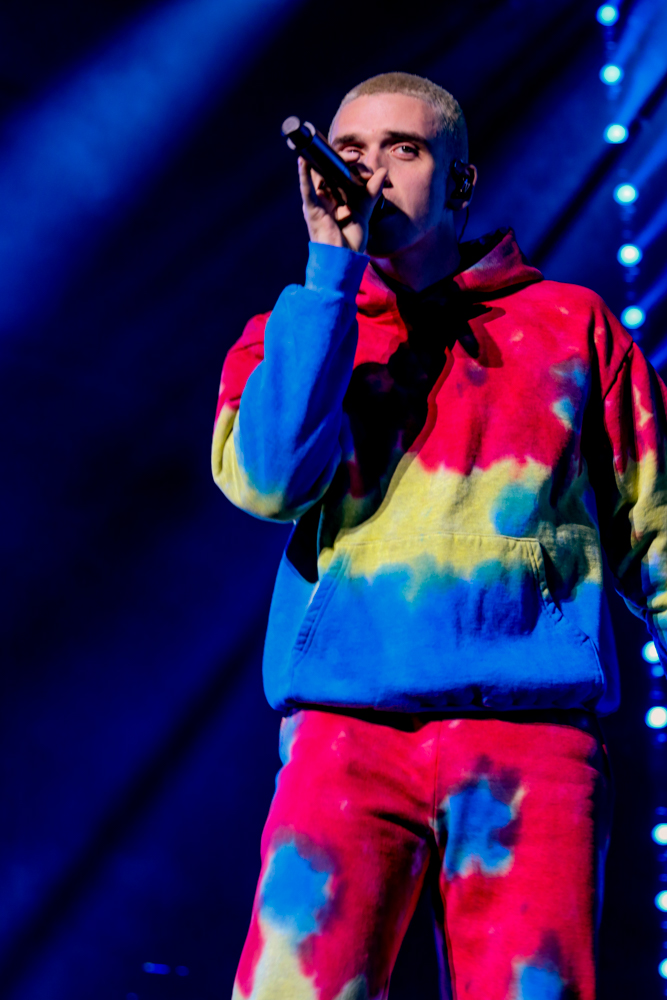 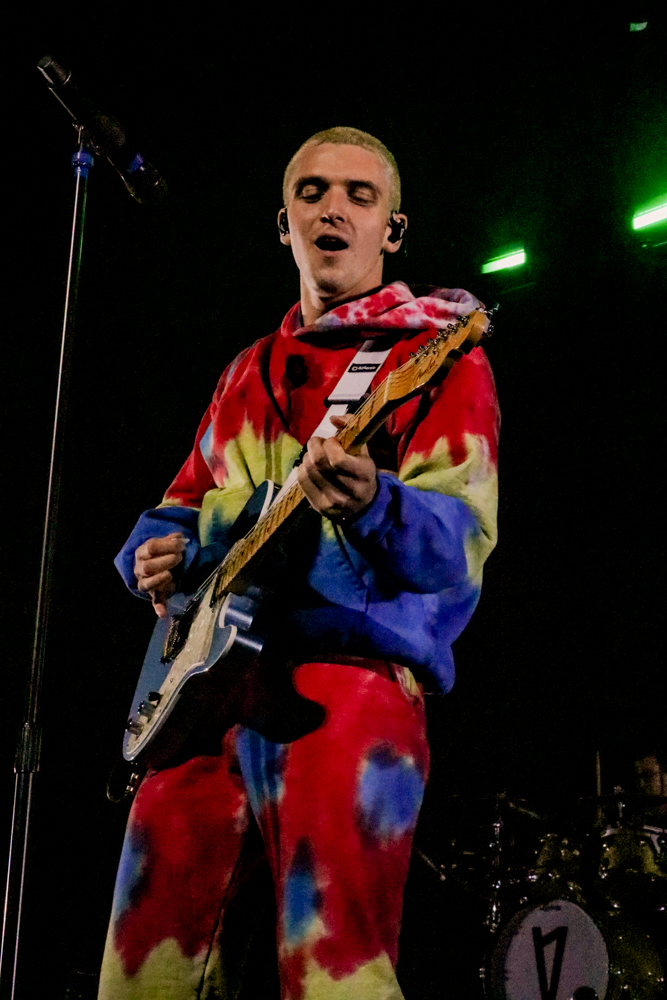 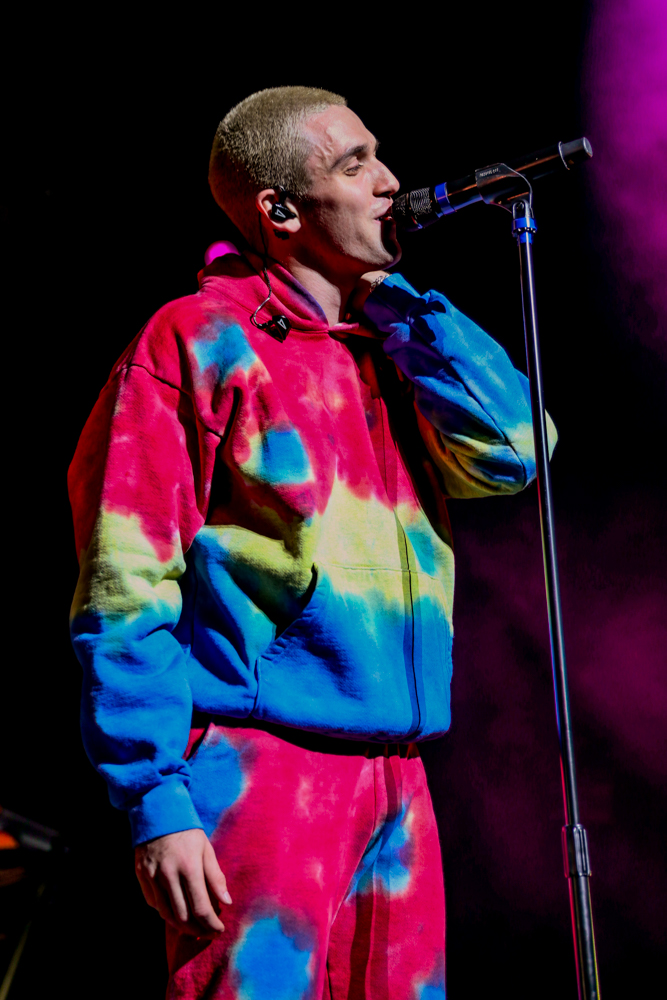