How To Be Human is out on Republic Records

Without a doubt, Chelsea Cutler is quickly becoming a prominent voice of her generation. In January, Cutler released her debut album, How To Be Human, a strong 16-track effort that encapsulates a spectrum of deeply-rooted emotions, self-reflective thoughts, and more often than not, the words we’re seeking to celebrate our triumphs, understand internal struggles, and navigate life and love. 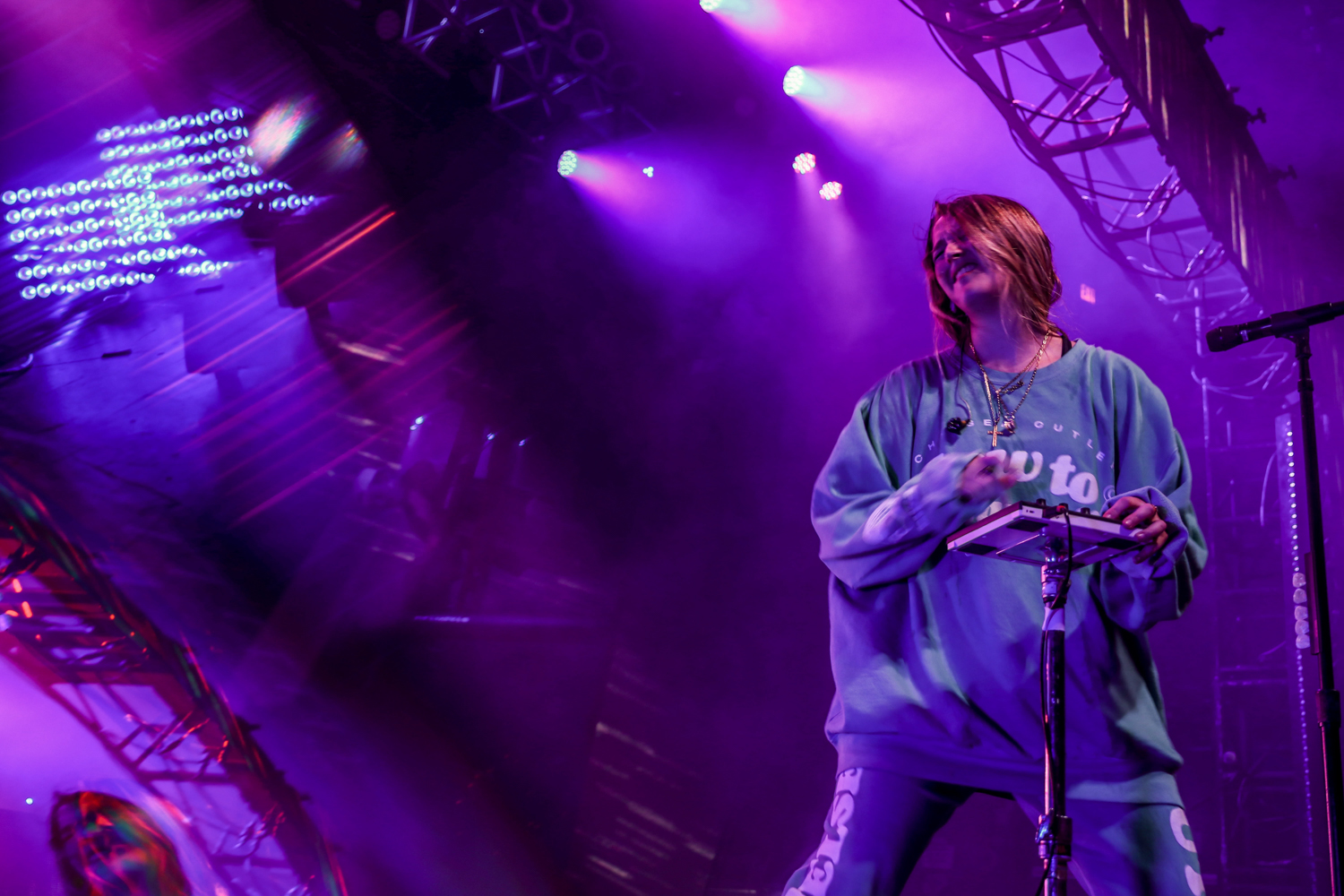 At just 23-years-old, the Connecticut native has demonstrated her inherent gift for honing authentic and vulnerable lyrics, turning them into satisfying slices of alt/electro-pop perfection and delivering knockout performances with her distinct and beautifully-toned voice. It’s an intoxicating combination that not only makes Chelsea’s Republic Records debut one of the year’s must-hear albums but also one of the concerts you’d surely regret missing. 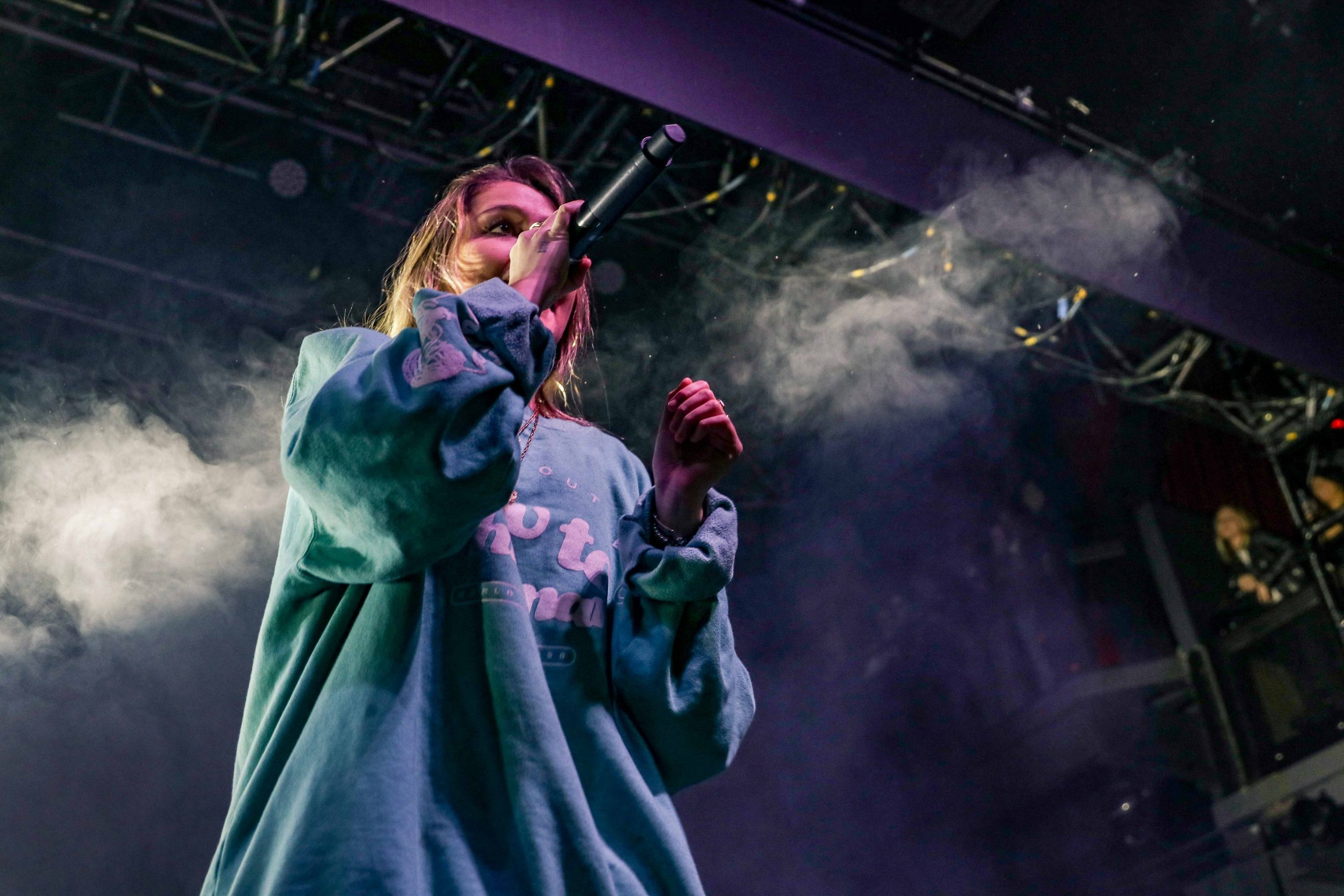 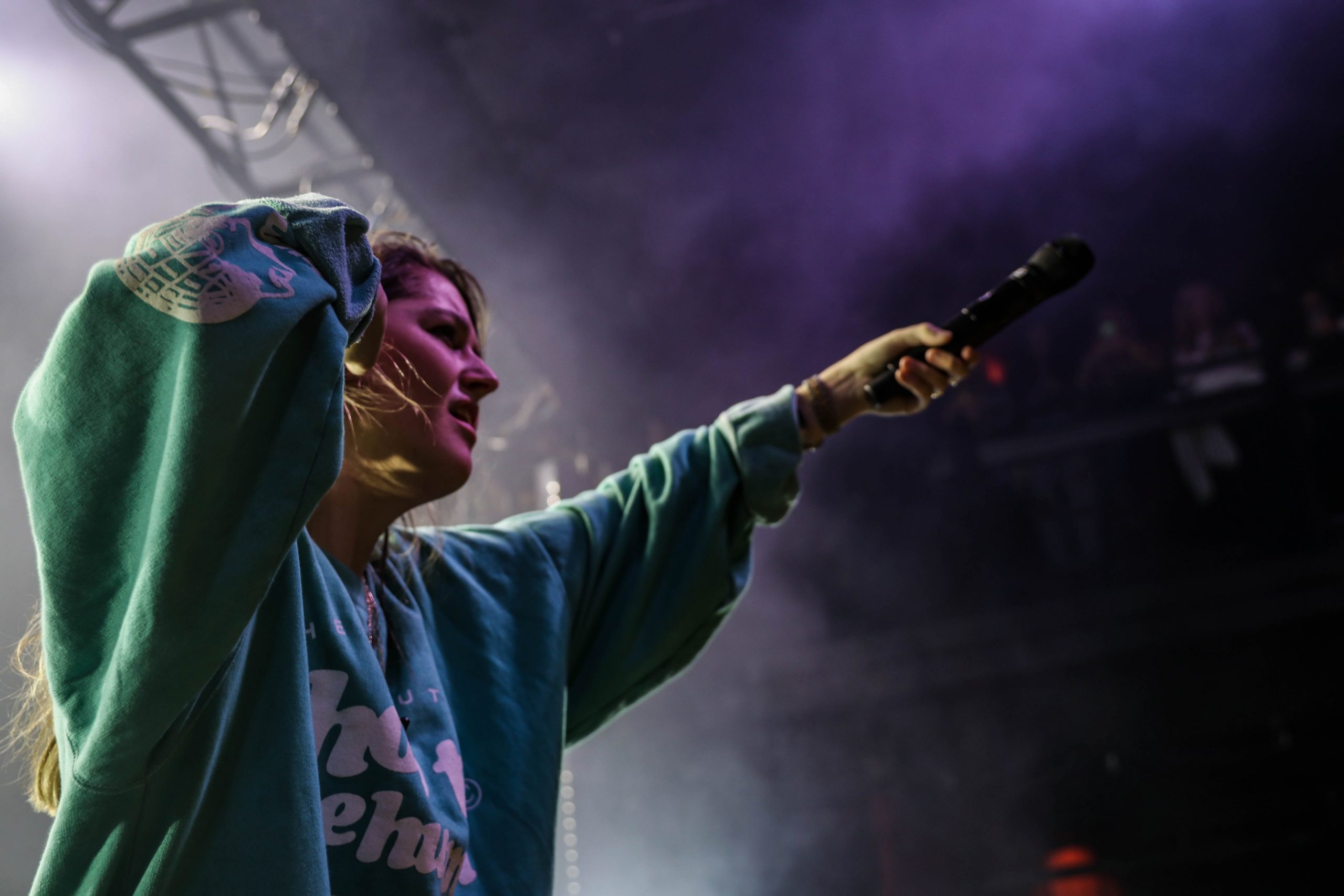 Whether she’s slamming on synths, jumping around, at the piano or with her guitar in-hand, Chelsea’s live performances are captivating and passionate shows. There are moments where fans are prompted to sing-a-long and it was done flawlessly. A testament to the fervent fanbase Cutler has cultivated since releasing singles on SoundCloud, self-producing her first EPs, and creating irresistible collaborative tracks alongside Kygo, Jeremy Zucker, Louis the Child, Alexander 23, and others.

Upon its release, How To Be Human peaked at #23 on the Billboard 200, and as fans of all ages swarmed a sold-out Fillmore Silver Spring in Chelsea’s signature torn-at-the-knee jeans, laidback athleisure gear, and matching tour merch, it’s obvious her music is resonating with fans on an entirely deeper level. 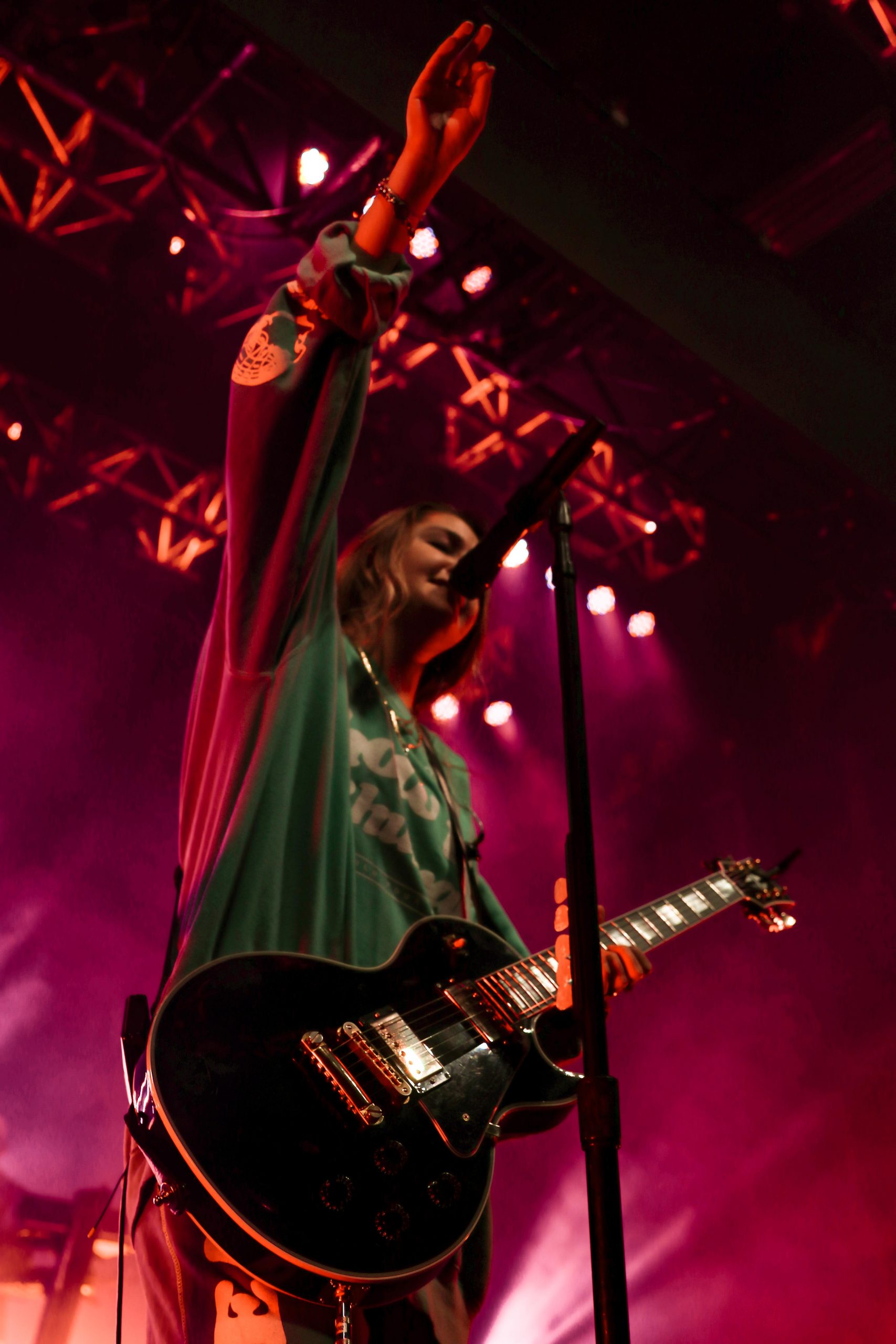 After a short intro, Chelsea emerged from behind the room’s sprawling fog – “Are you listening? Can you hear me think about you?” — she asked as the crowd completely lost their minds. Before the heart racing moment could pass, live performances of “Love You More” and “Cold Showers,” two of the many standout tracks from 2018s Sleeping With Roses II, spilled out, as Cutler’s electric guitar made its first of many appearances. 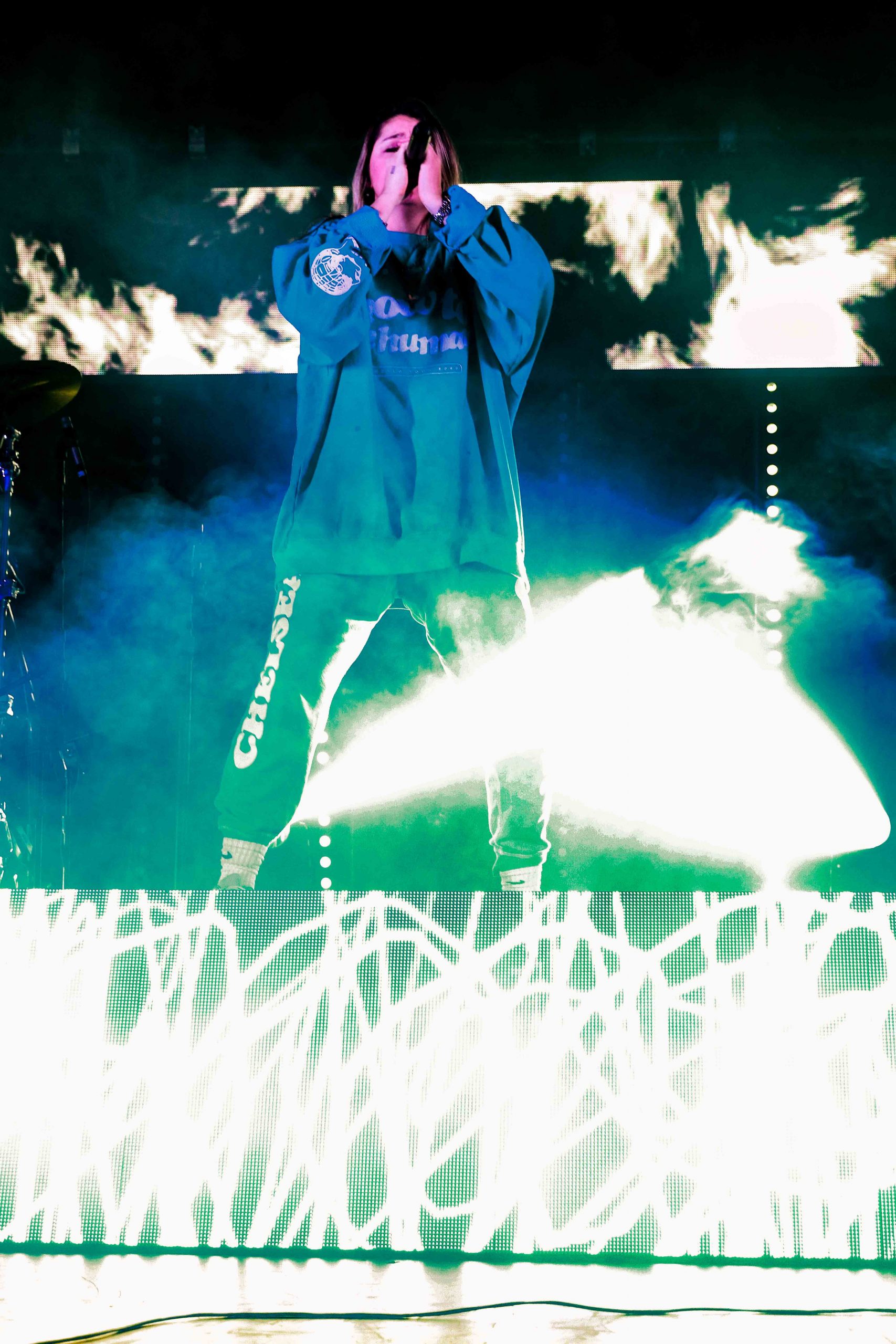 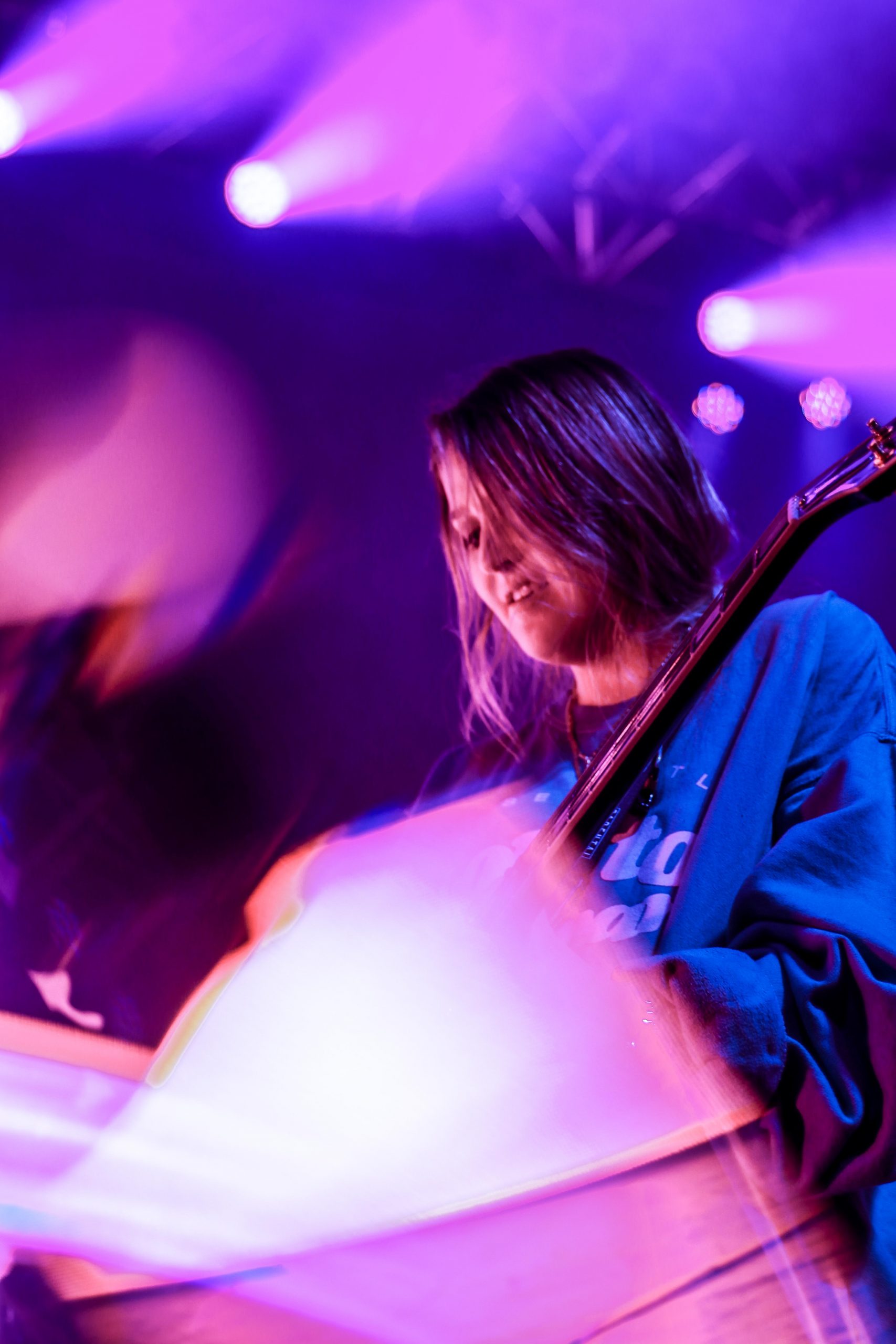 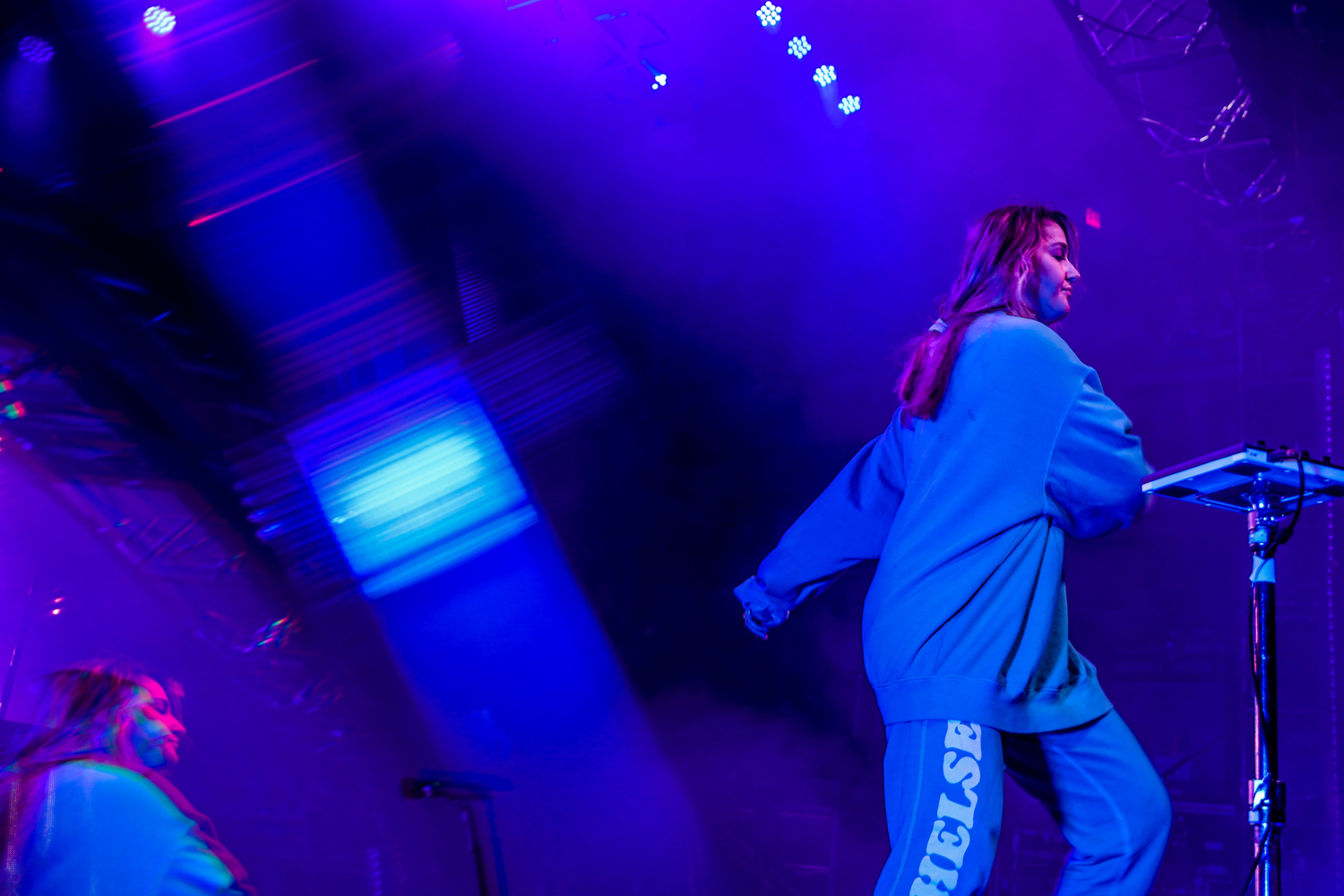 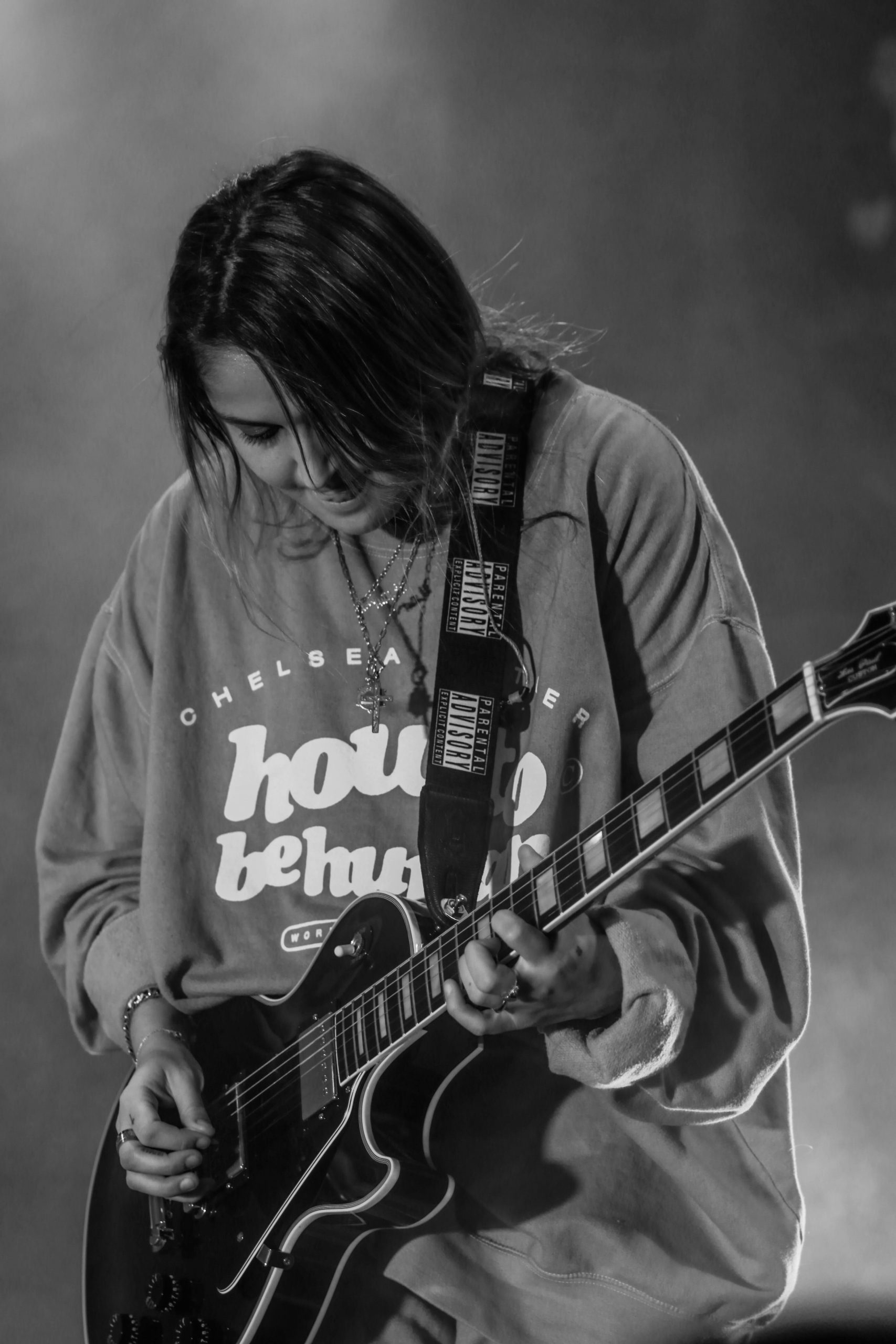 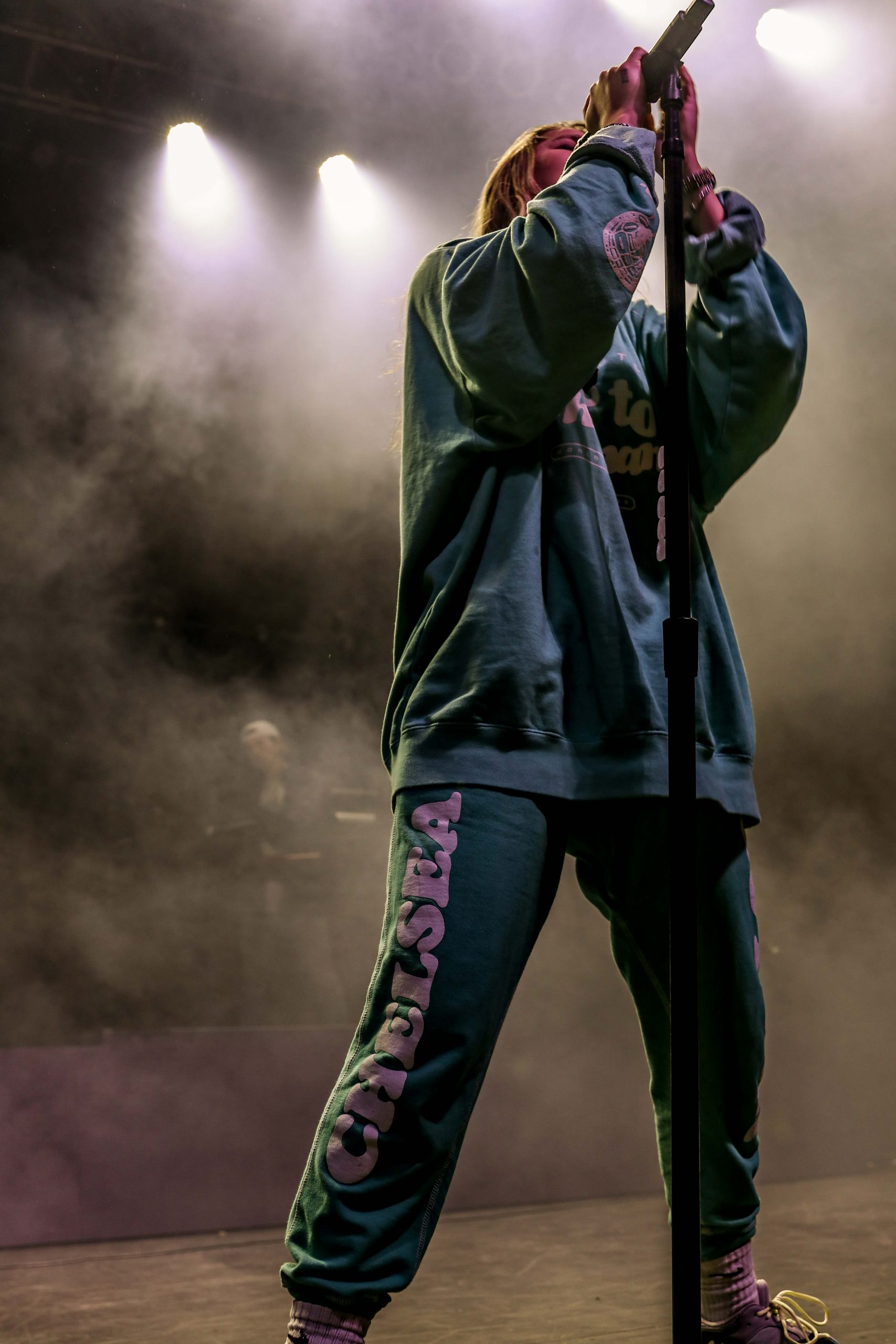 “I still don’t know how to be human / I don’t know what I am doing” she confessed just moments later. It’s clear-cut and relatable lyricism from her album’s title track that hits deep and fans relished every moment. Though it’s hard to distinguish which tracks the sold-out Fillmore crowd enjoyed most, in part because every song was met with strong enthusiasm and crowd participation, “Strangers Again,” “nj,” and “Sad Tonight” are album must-hears I was glad to enjoy live.

“I Was In Heaven,” a stripped guitar-led track, followed later in the night and at that exact moment became one of my favorites on How To Be Human. In January, Chelsea broke down her album with Billboard, stating that the original demo vocals recorded in her bedroom were kept for the final cut. “It captures a lot of raw emotions that I didn’t think I would be able to replicate if I re-recorded in a studio. The song is really a frozen moment in time filled with a lot of honesty and raw emotion,” she shared.

Though visceral moments made for an exceptional night, Chelsea puts on a well-rounded and exciting show. In addition to her collabs with Kygo, Alexander 23, and Jeremy Zucker making the final setlist, a high-energy cover of The Killers’ “Mr. Brightside” illuminated the sold-out crowd before closing with her breakout single, “Your Shirt.” 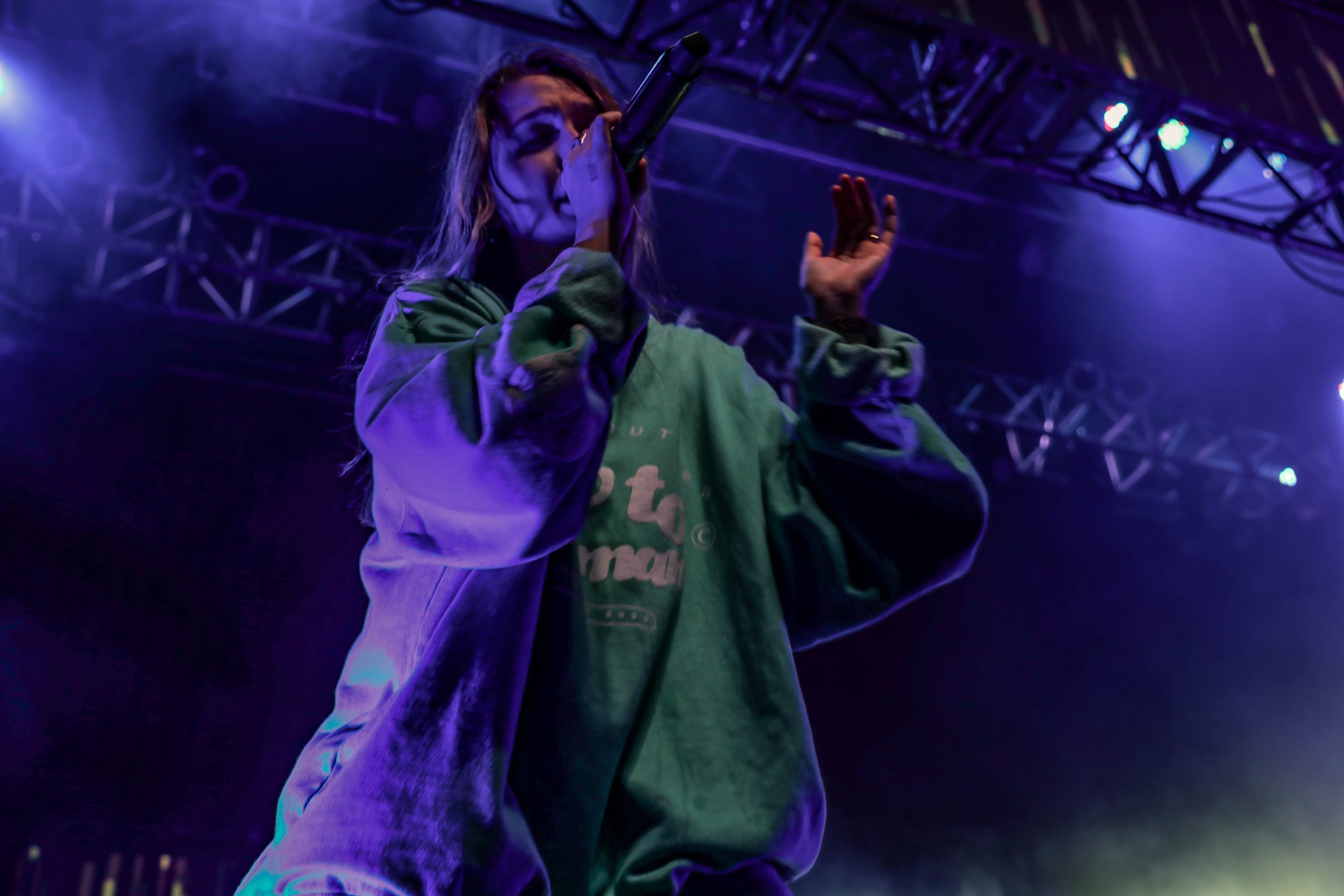 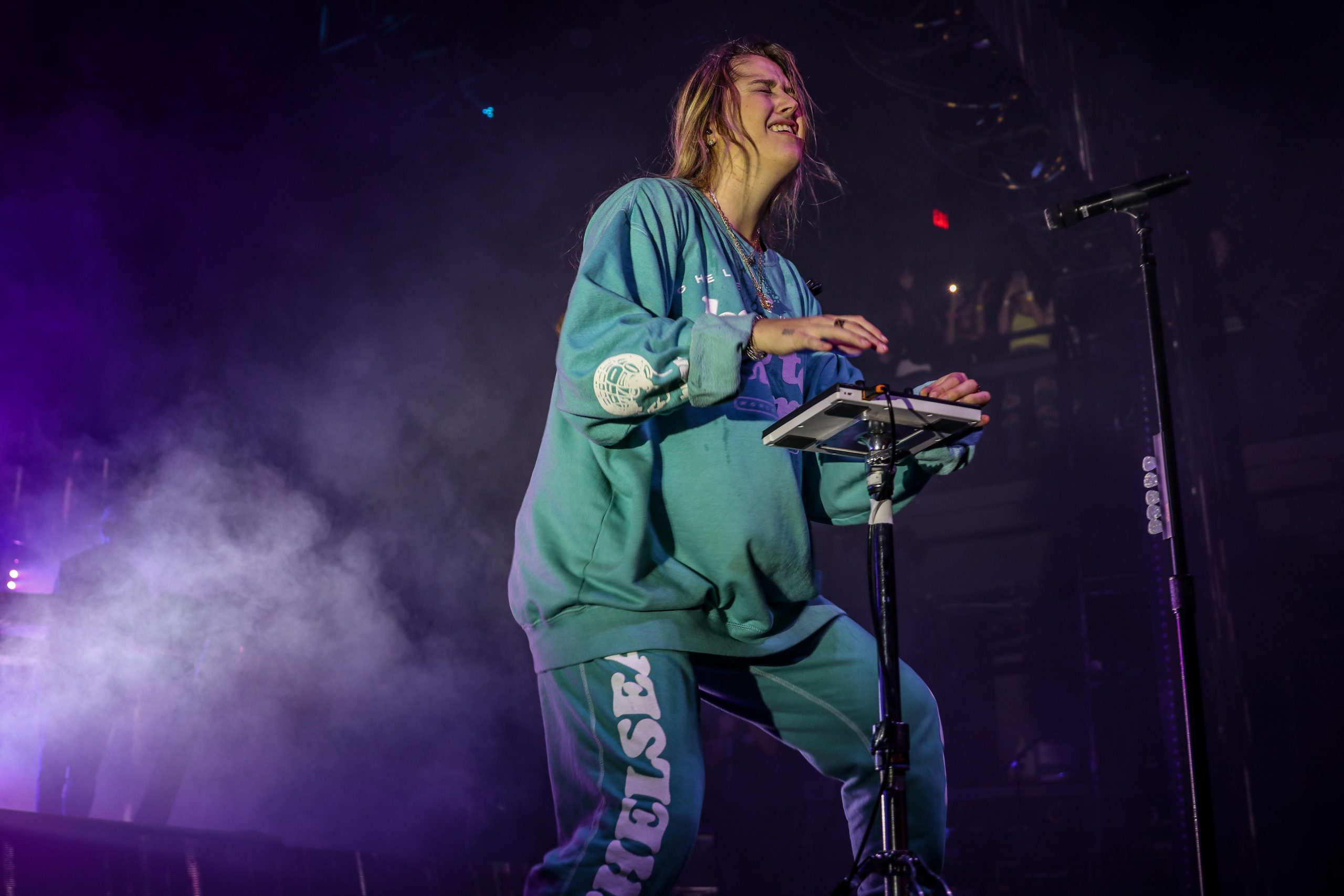 Chelsea Cutler’s How To Be Human tour continues through mid-March with an anticipated set at Coachella following in April. See all future tour dates here and stream How To Be Human.