Social Cues is out via RCA Records

Not even torrential downpours could stop Cage The Elephant from delivering one of the strangest, high-octane performances Merriweather Post Pavilion has seen this year. The Kentucky rockers are currently touring their manic fifth album Social Cues and even with a rain delay, they delivered an exceptional and mind-bending set.

Social Cues was birthed from pain and the unraveling of lead singer Matt Shultz’s previous relationship. When the eccentric frontman stepped on stage in a black leather mask, chameleonic layered outfits, and a deranged demeanor – it was abundantly clear the captivating experience is as cathartic as it is burning.

The lights cut as the ruckus of Social Cues’ album opener “Broken Boy” ascended from the speakers. The growling excitement intensified as lead guitarist Nick Bockrath, guitarist/keyboardist Matthan Minster, bassist Daniel Tichenor, and drummer Jared Champion set the stage for Matt Shultz’s barreling entry and performance. Without missing a beat, the distorted guitars of Tell Me I’m Pretty‘s “Cry Baby” blasted across Merriweather’s stunning venue. The hits wouldn’t stop there, with the iconic band then taking us even further down memory lane with an intense cut of Melophobia‘s “Spiderhead.”
Matt Shultz was unhinged and cutting as he charged across the stage. He quickly swapped hats, one less sensical than the last, flashed his face beneath the mask and revealed the many identities hidden beneath his draped clothing. “Too Late to Say Goodbye” and “Cold Cold Cold,” album neighbors on Tell Me I’m Pretty, would make a welcomed appearance, leaving the crowd in a roaring and insatiable state.

Before the rain could interfere with an unbelievable performance, Cage The Elephant delivered their latest lead singles “Ready to Let Go” and “Social Cues.” What an amazing moment to finally hear those two tracks live and once the storm settled, the band returned even more determined to deliver something wilder than the weather.

“Mess Around” and “Trouble” revived our souls and led into an epic cut of the group’s timeless breakout single, “Ain’t No Rest for the Wicked” – which will always incite pure pandemonium. There was no stopping the rockers from there as they rolled through their tracks “Telescope” and “House of Glass” – leading to an all-time favorite, “Cigarette Daydreams.”

After serving “Shake Me Down,” their only cut of the night from Thank You Happy Birthday, Merriweather was graced with yet another CTE hit, “Come a Little Closer” which led to the set closer, “Teeth.” Matt Shultz, who at this point is stripped down to red boxing shorts, a nude-toned singlet, and shoes, jumps off the stage and begins climbing his way through the stunned crowd.

He made it midway through the pavilion before standing atop a barricade, with support from the crowd, and finishing the track to unwavering screams. See my photos from the show below and if you know what’s good for you, catch Cage The Elephant on tour. You won’t regret it and tickets for all future shows are available here. 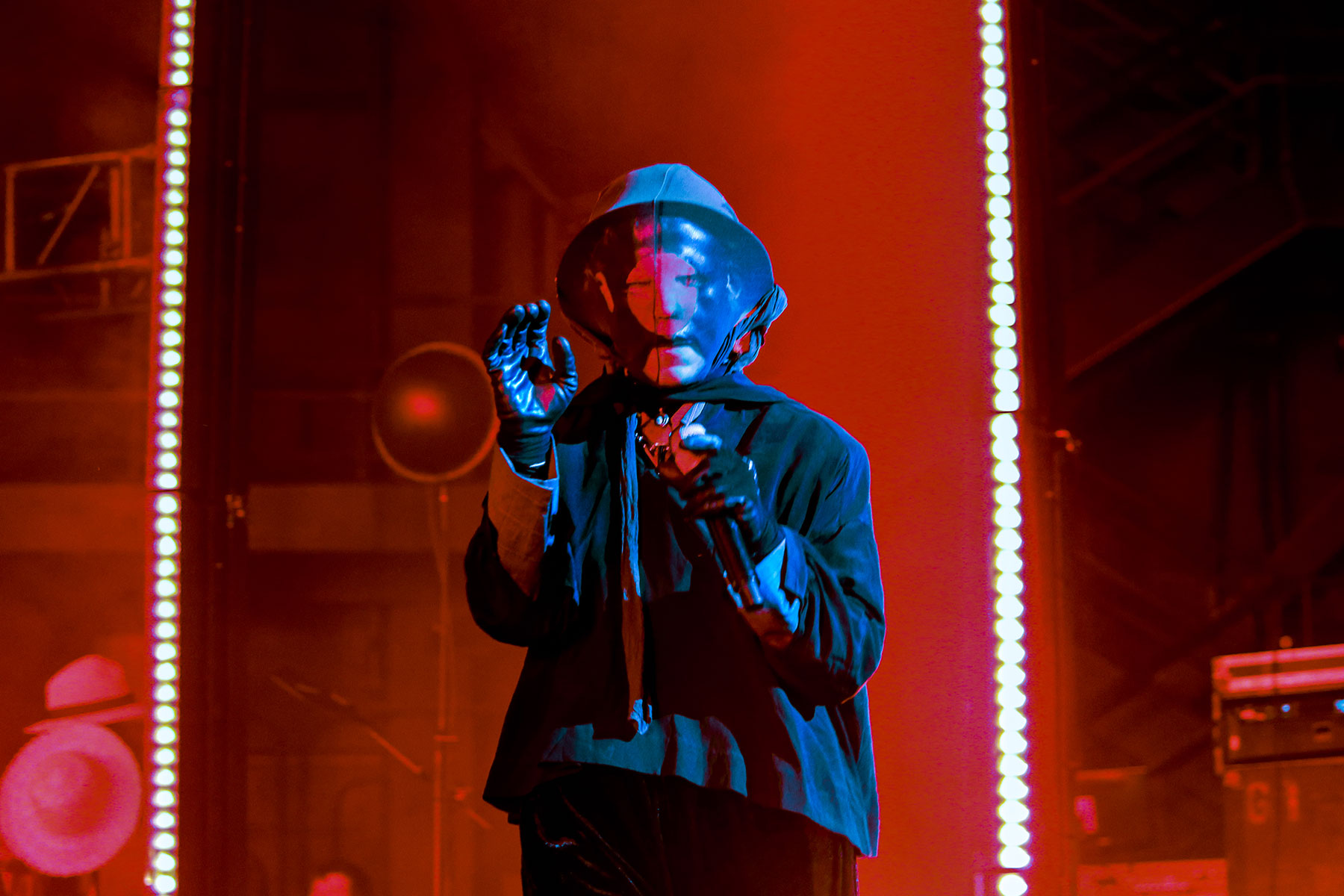 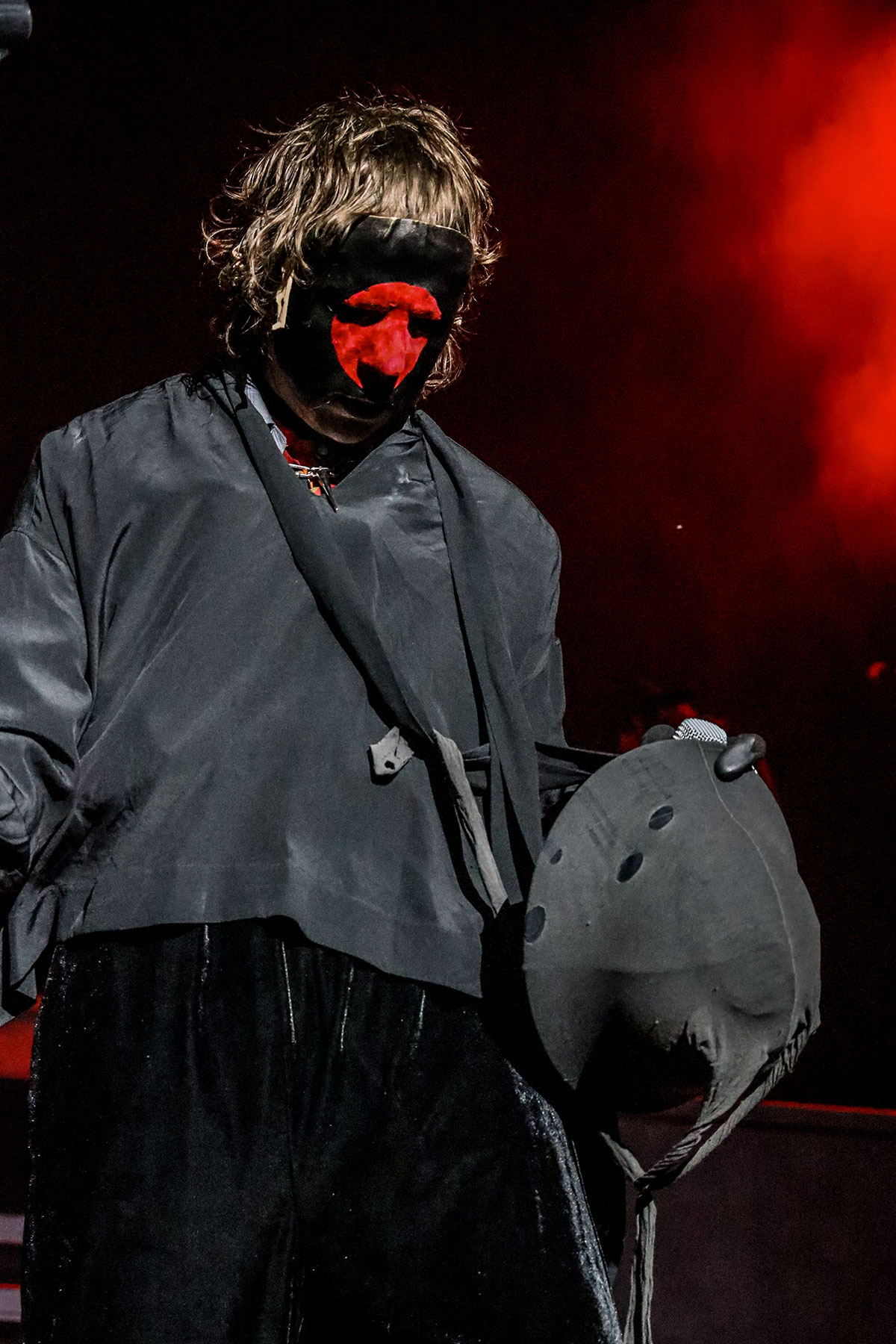 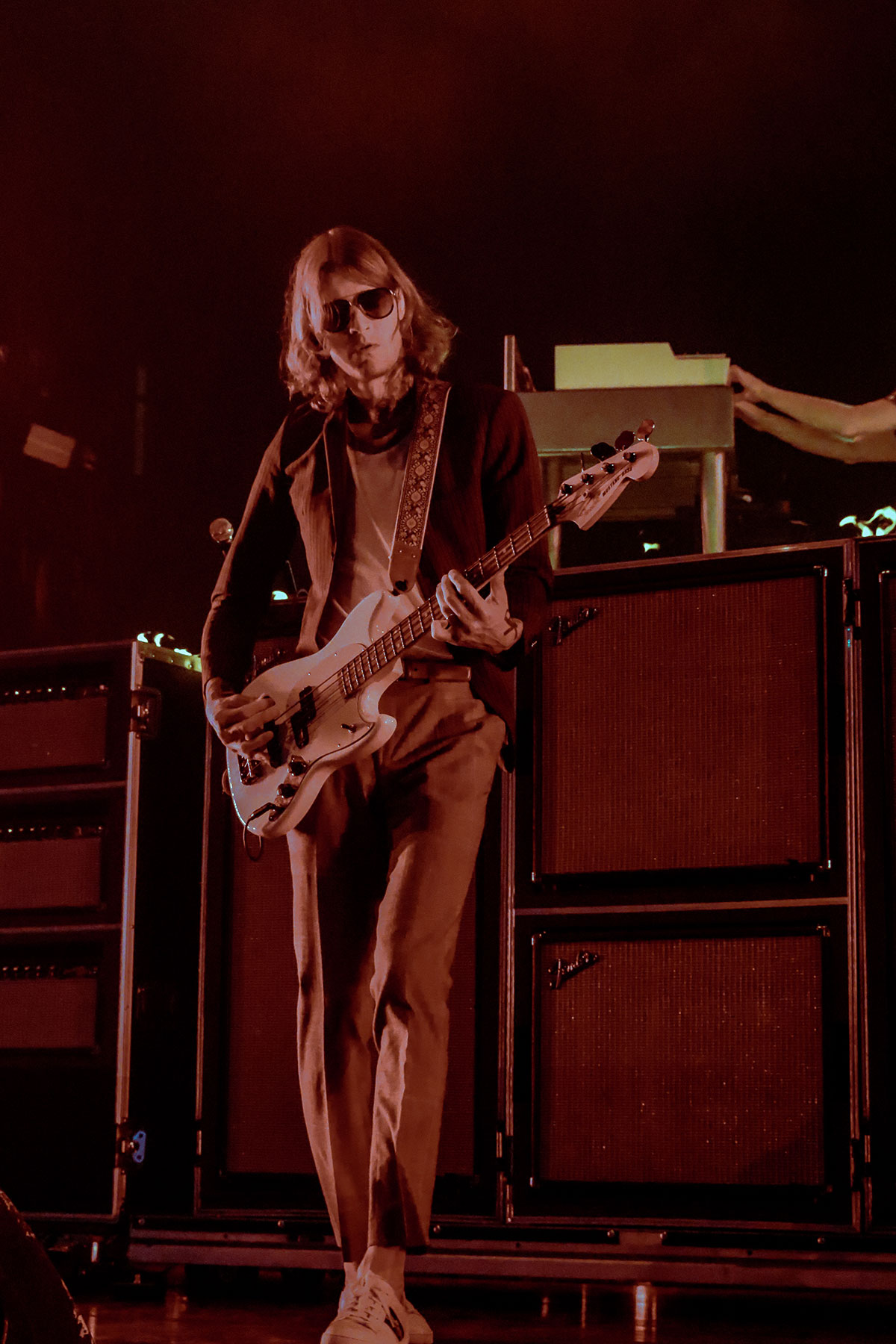 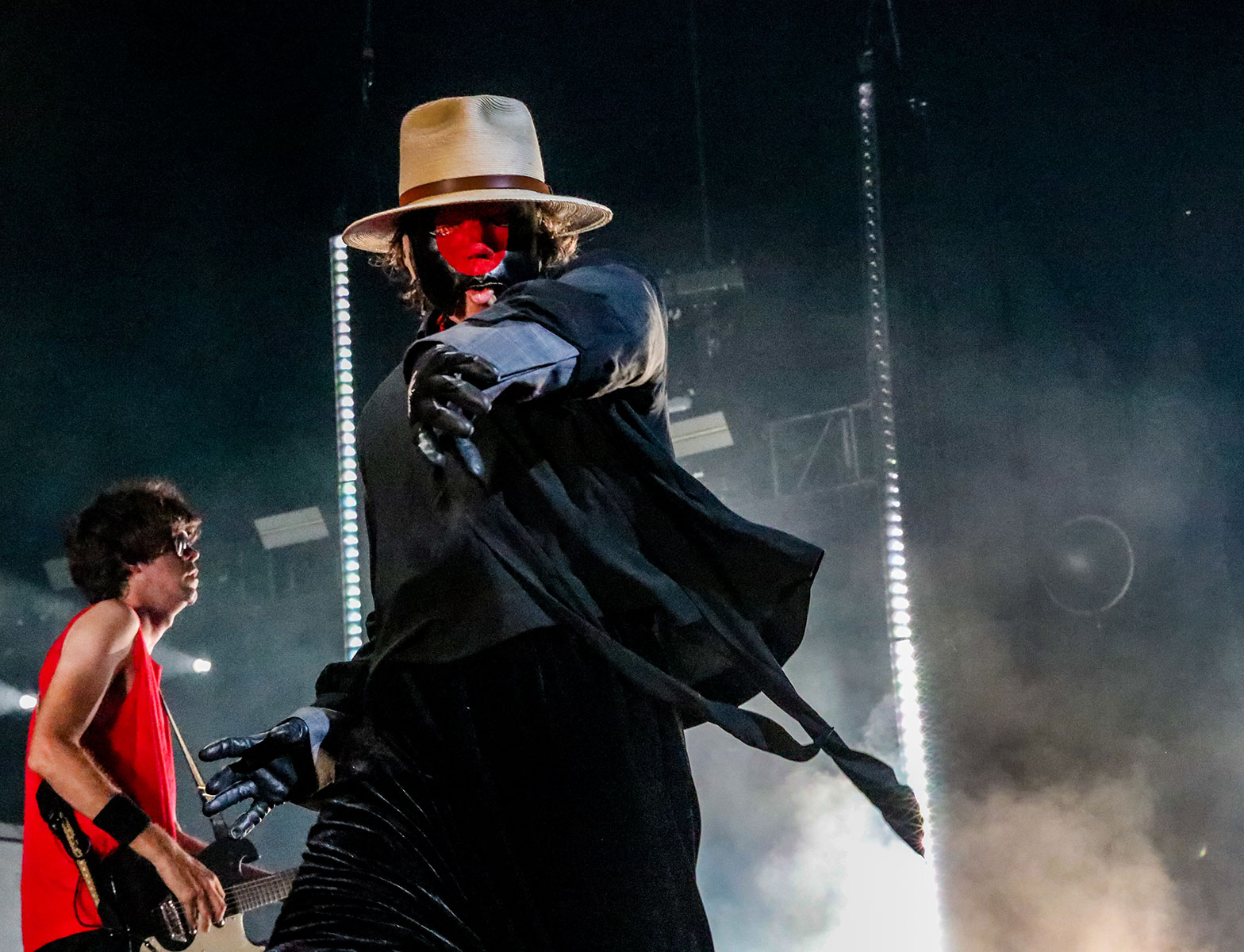 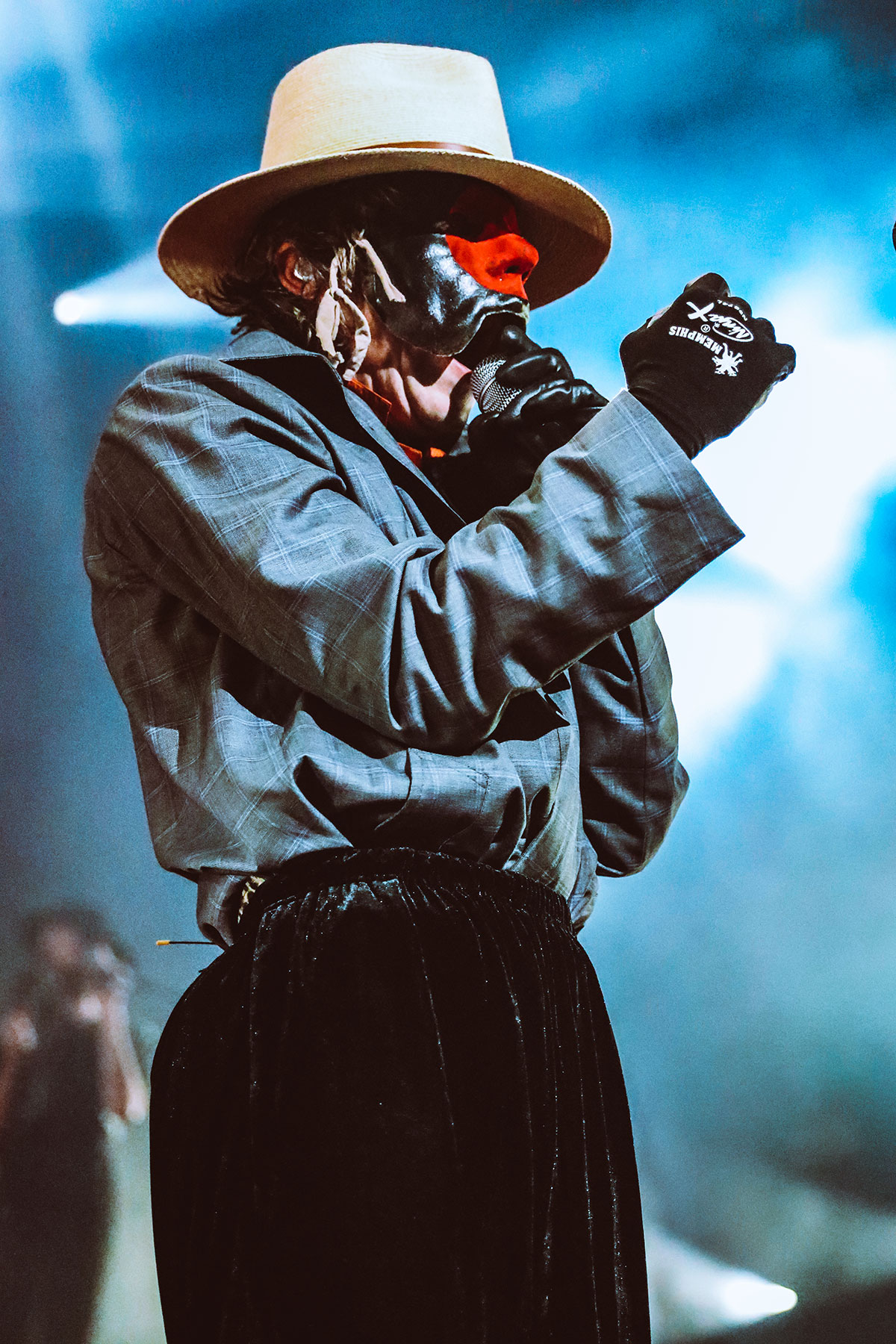 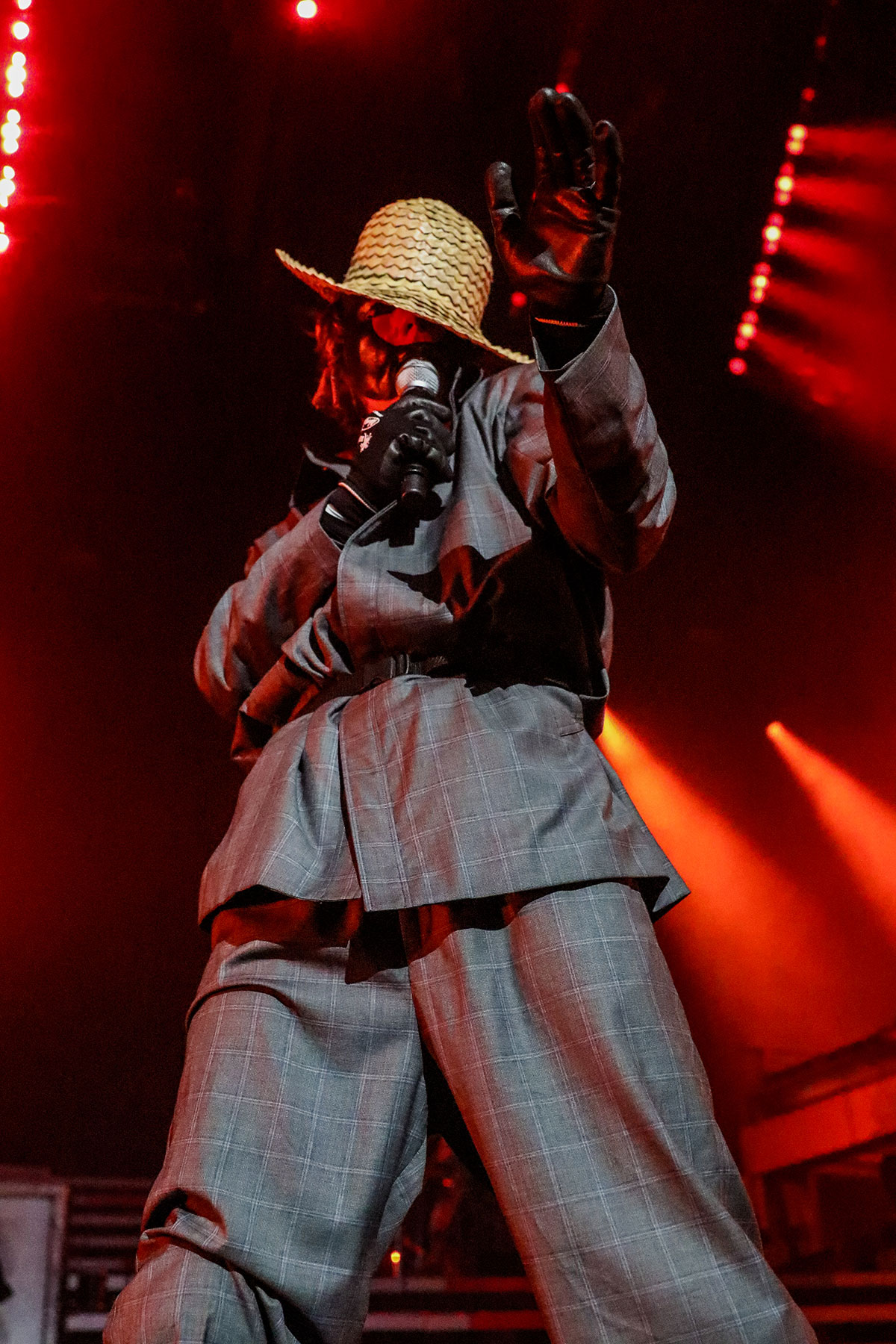 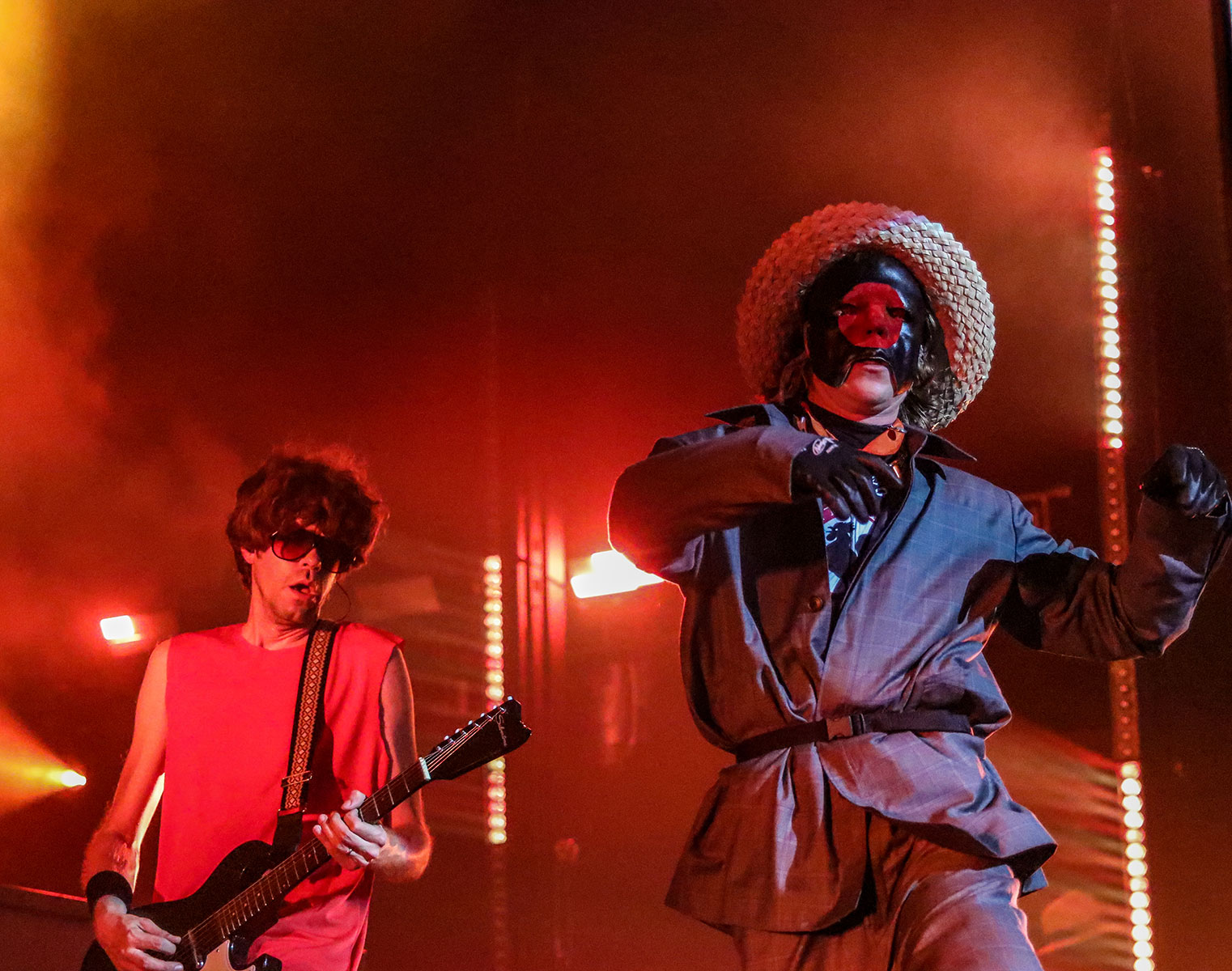 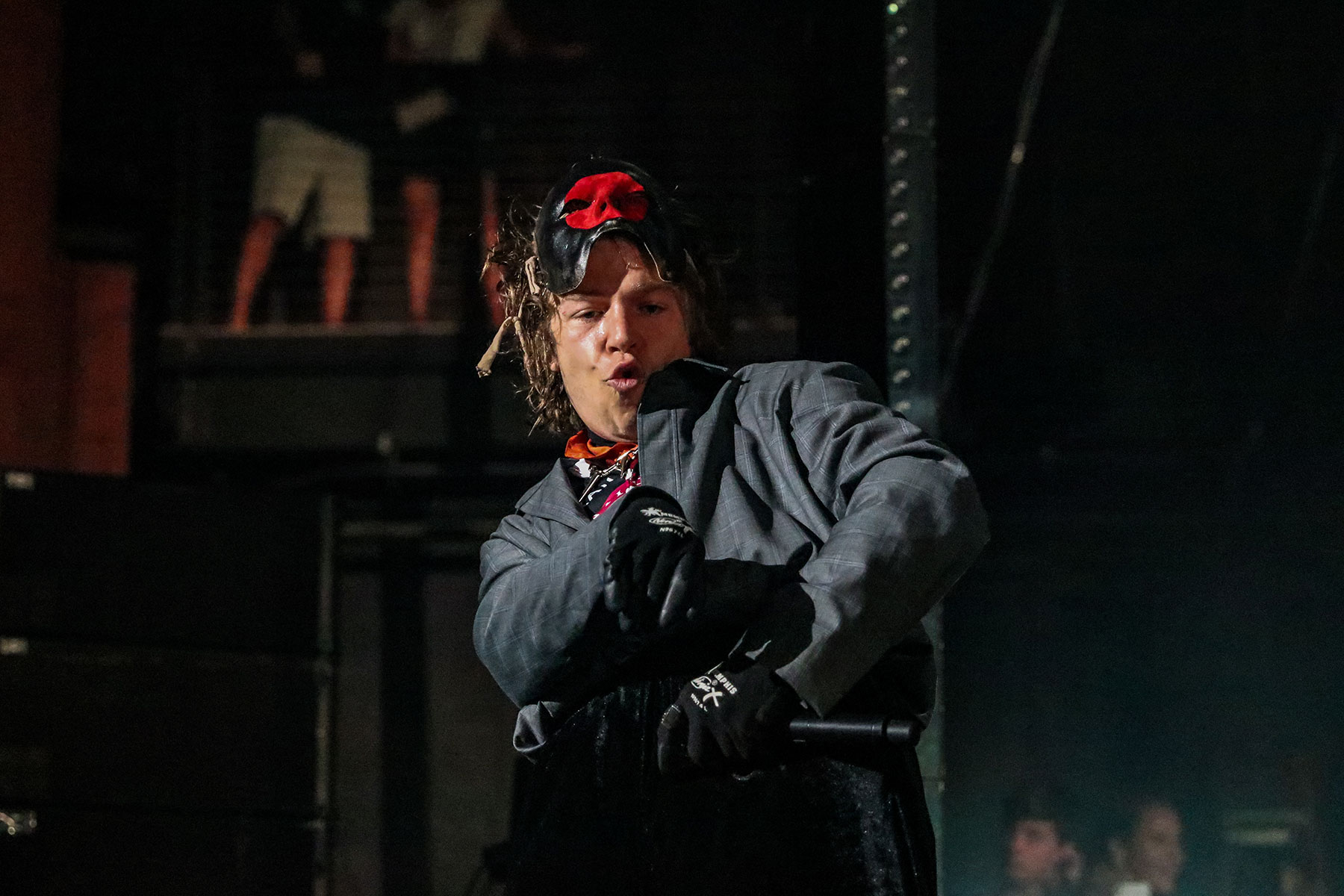 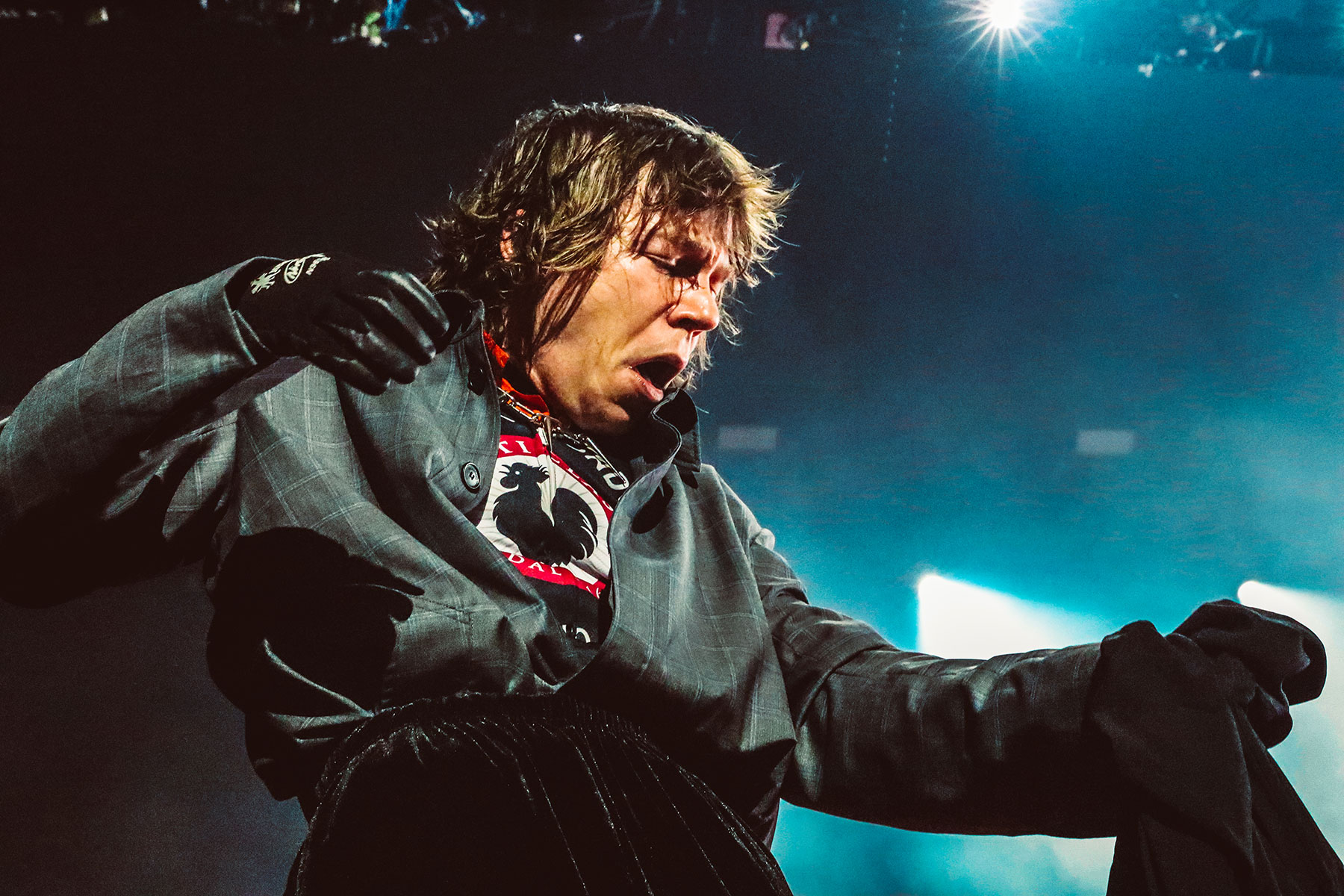 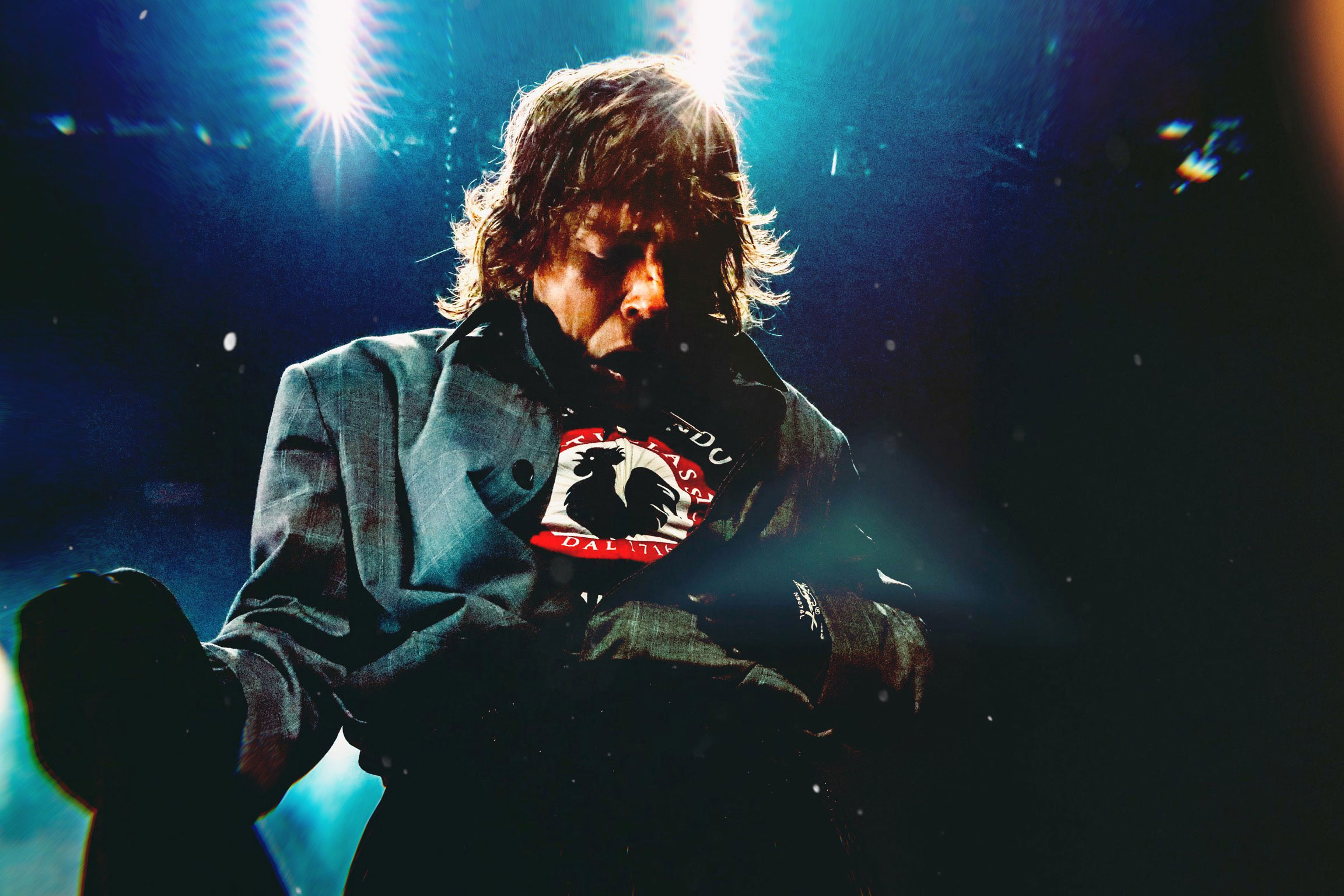 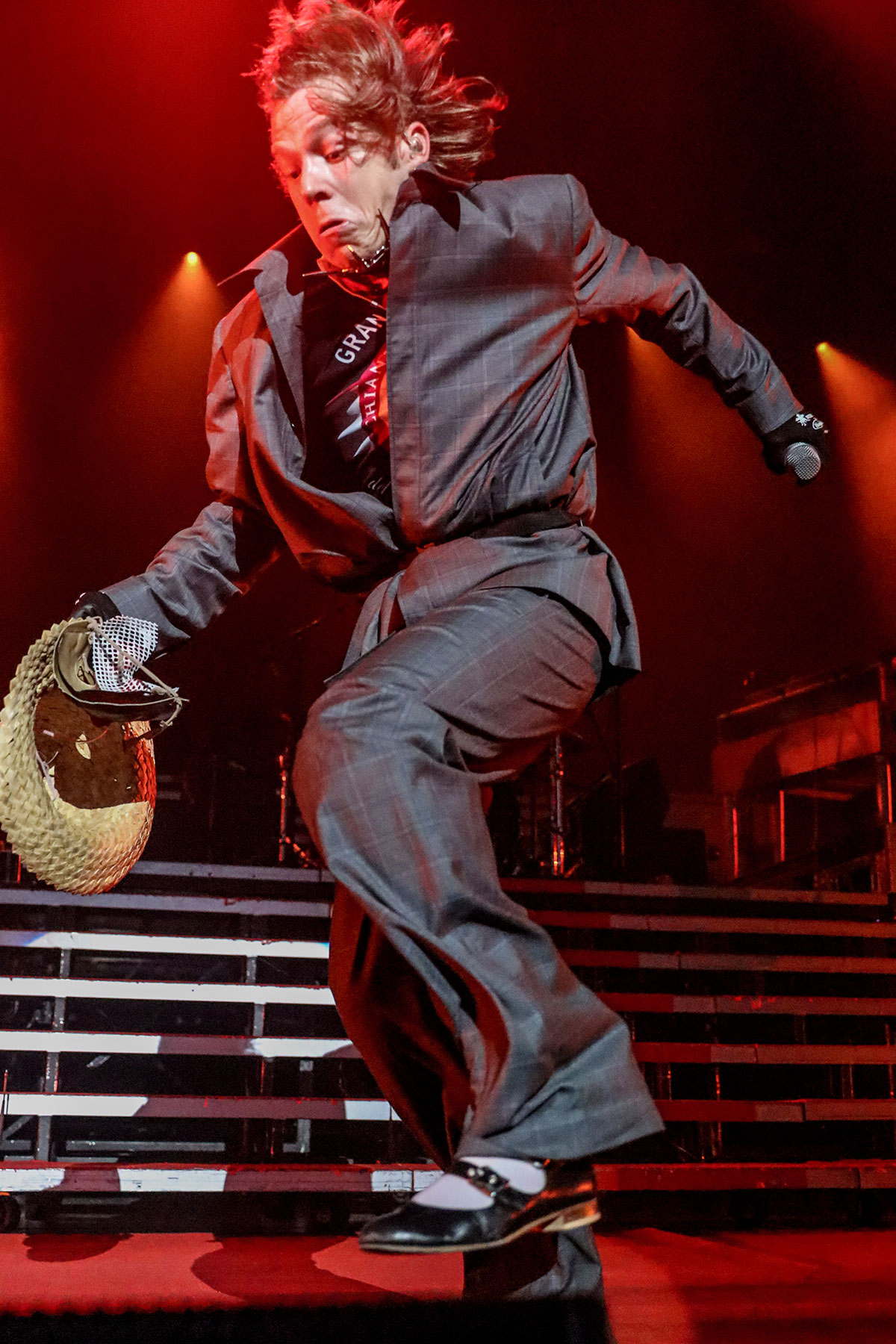 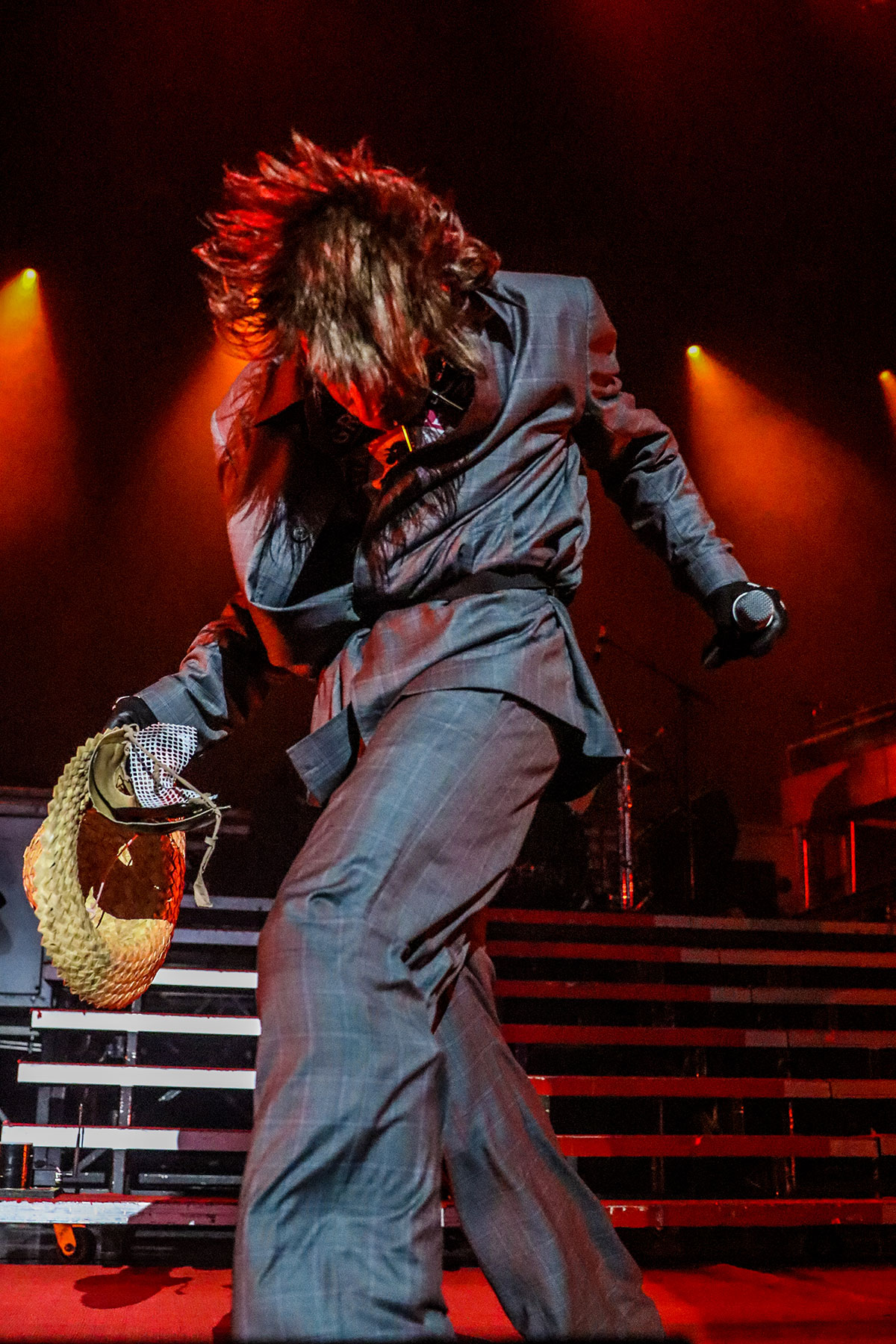 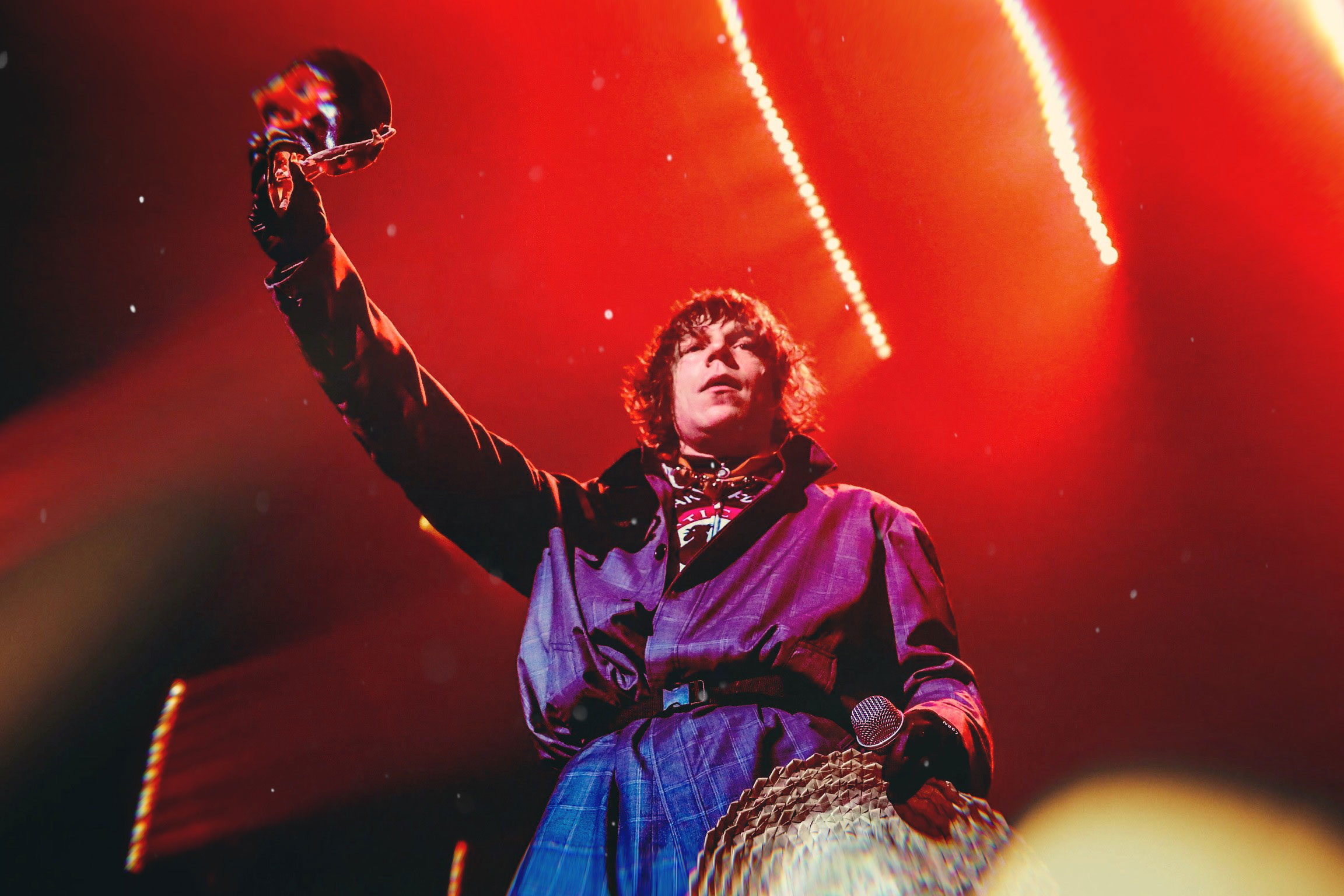 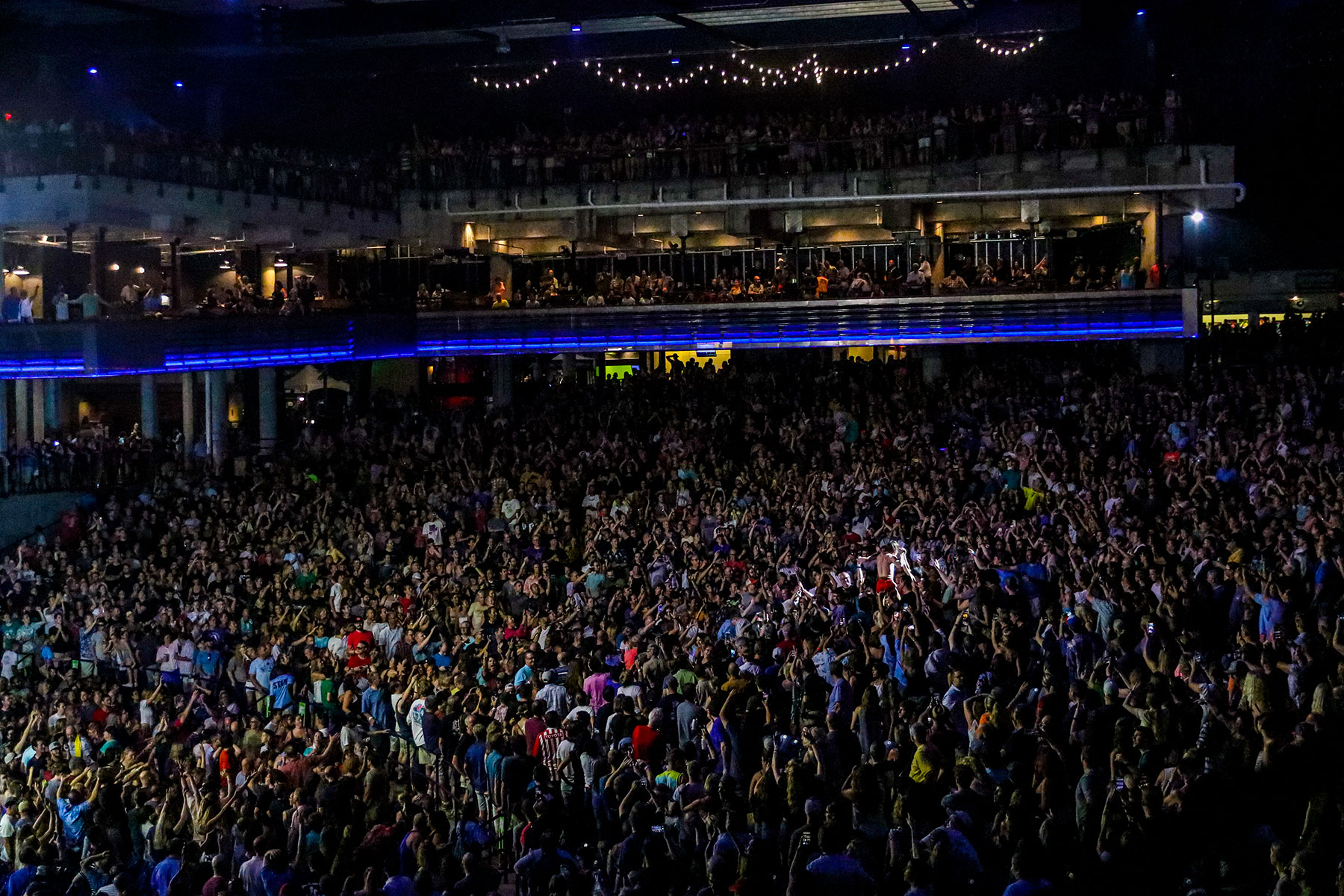