Posted On March 7, 2018In Artists You Need to Knowby Matt Torres

We love French music and it’s ability to effortlessly demonstrate dueling levels of romanticism and mystery. It’s a combination that has long characterized and fueled the music spilling out of the country, regardless of genre. One of the newest French duos trying their hand at this incomparable concoction of sound is Agar Agar. The electronic / synth-pop group consists of Clara Cappagli and Armand Bushel. The pair met a few years ago while students at Beaux Arts school of Cergy-Pontoise in Paris. First producing tracks to celebrate the retirement of their school’s librarian. The collaboration led to the duo uploading a few recordings on SoundCloud, including their debut single “Prettiest Virgin” in April 2016. The track gained immediate traction and international attention.

The duo continued to collaborate, following up their debut single with the release of their Cardan EP via French label Cracki Records. The 5-track EP, which collectively boasts over 10 million Spotify streams, is an exciting mixture of electronica and moody synth-pop. The synth-heavy tracks often carry explosive bass lines and are perfectly paired with Clara’s deep and sultry voice. It makes for a strong debut effort, and only serves to reiterate the duo’s natural talent and expressionism. Recently, the duo teamed up with Les Inrockuptibles to perform a surprise concert near Place Saint-Michel in Paris.

If you enjoy the video and performance as much as we did, then you’re in luck. Agar Agar are finally bringing their infectious energy state-side, with a handful of select tour dates! The duo will kick off their tour tonight (03/07), with a sold-out stop at La Sala Rossa in Montréal. Dates in Brooklyn, Philadelphia, Boston, and Washington, DC follow. Be one of the firsts to see the pair perform their newest single “Fangs Out” live, and grab your tickets today! 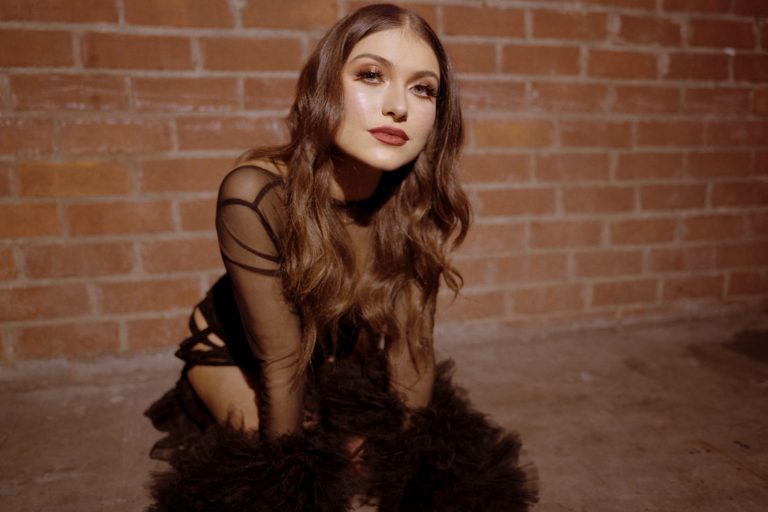