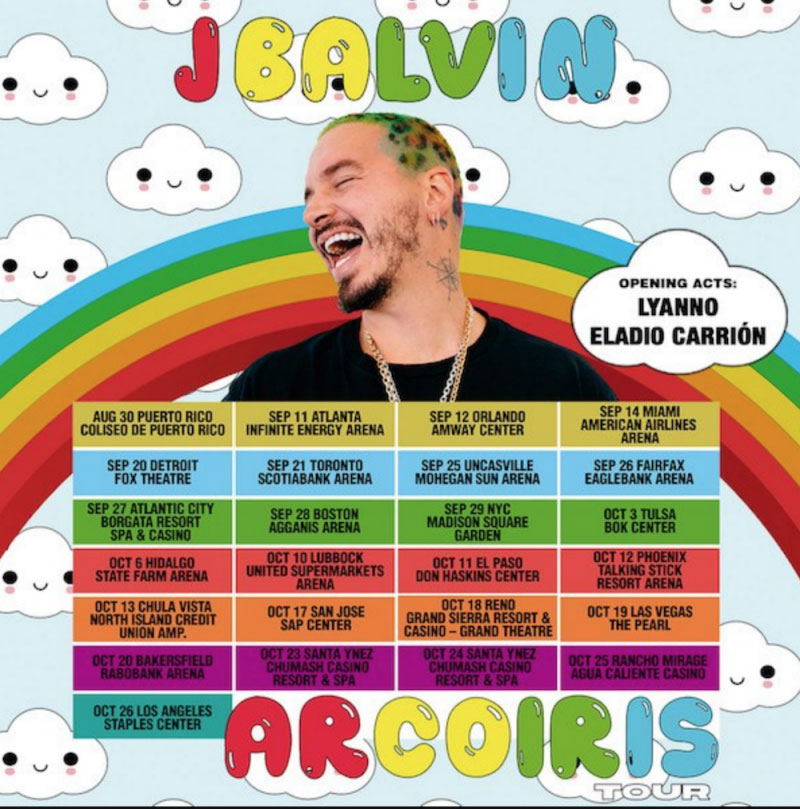 In addition to Puerto Rico, the 25-city trek will make stops in Miami, Toronto, New York City, Las Vegas, Virginia, and more before wrapping on October 26th in Los Angeles. Weeks before the tour kicks off, J Balvin will once again make history as the first Latin artist ever to headline Lollapalooza in Chicago.