Hitting the Wonder stage for an early afternoon set was indie artist Claud. Performing their fantastic debut album, Super Monster, the rising singer-songwriter was one of the best starts to the day. Especially since I finally got to hear “Soft Spot” live. Claud, the first to sign with Phoebe Bridgers’ new label, is currently on tour with Bleachers. See more in our interview here.

“This is the song that blew me the f*** up,” shared Curry as his hit “Ultimate” lit up Firefly. He also ran through deep-cut favorites, “Zone 3” and his frenetic collab with slowthai “Psycho,” which had moshpits going absolutely nuts.

Tucker Pillsbury aka ROLE MODEL might become the world’s next alt-pop heartthrob. A single flash of his smile had the entire Pavilion stage screaming at the top of their lungs and that was before he dipped into the elegantly vulnerable love track, “notice me” and “that’s just how it goes,” revelatory fan-favorites on, oh, how perfect, and “doyouseeit” from his 2020 EP, our little angel. With a new song, “death wish” arriving days before his performance, all were clearly hyped to be among the first to hear it live.

“This was my first single and now I’m at Firefly,” shared JORDY as he took over the Treehouse stage with “Just Friends.” Unleashing bops like “Till It Hurts” and “Long Distance,” the rising pop artist delivered a memorable performance, and even dropped his collab with Young Bombs, “Summer in Brooklyn.” With a debut album arriving in November, the world will be hearing more from JORDY soon. See more in our interview here.

When the pandemic struck, power duo Sofi Tukker kicked it into high gear with a livestream series that saw them perform euphoric DJ sets every single day for over a year. A consistent joy throughout the gloom of 2020, a new “freak fam” developed among ST’s newest and most loyal fans– and for certain, the freak fam showed up to Firefly with Sofi Tukker totem, signs, and ready to party. Making their highly-anticipated return to the main stage after nearly 600 days, the group consisting of Sophie Hawley-Weld and Tucker Halpern delivered a headline-worthy set filled with their massive hits like the freak fam-dedicated “Best Friend,” the unstoppable “Purple Hat,” quarantine collab anthem with Gorgon City, “House Arrest” and “Sun Came Up” with John Summit. “Let’s appreciate that we’re all here in this moment – savor it,” said Sophie and it was impossible not to as the duo unleashed a perfect career-spanning set. 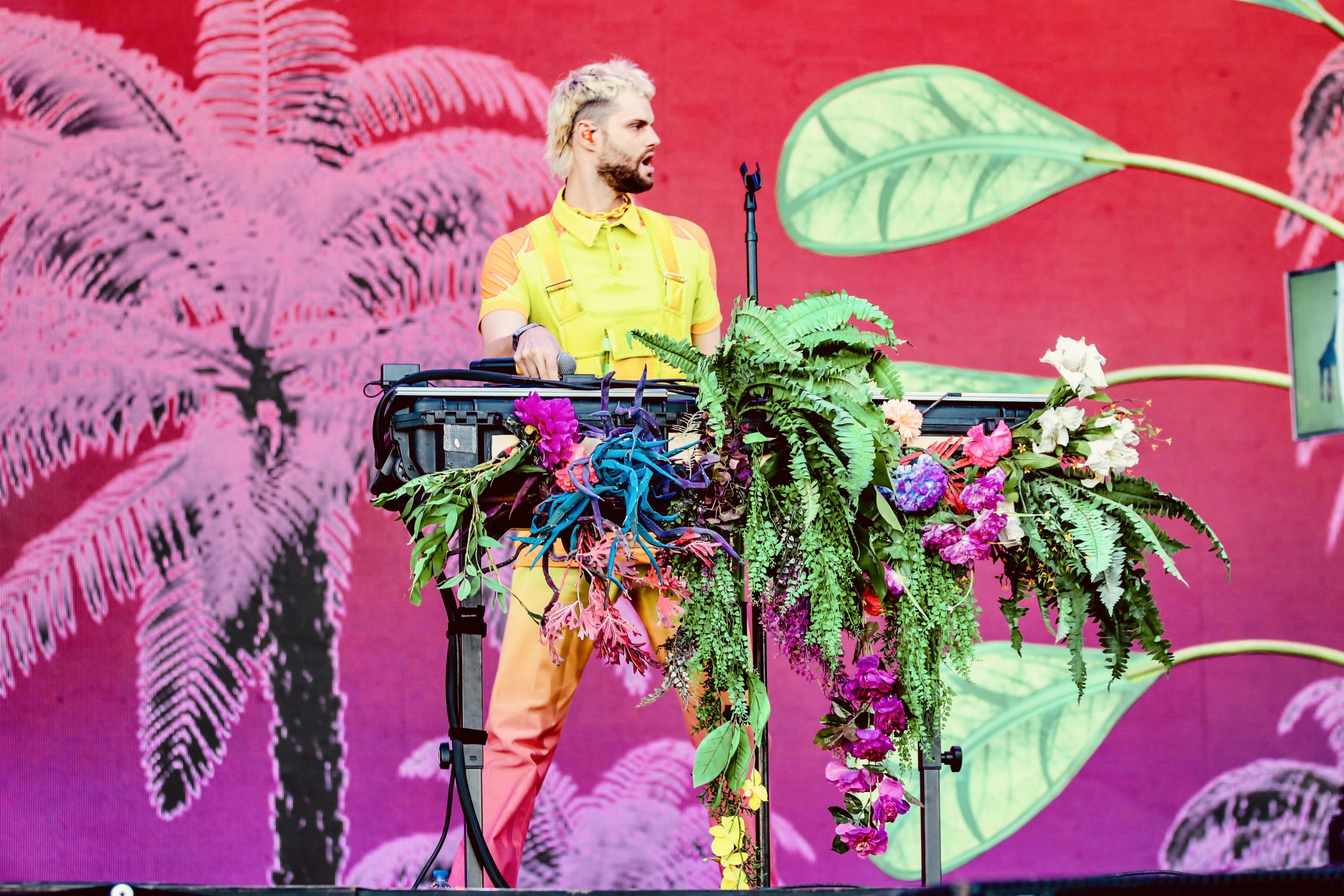 Fans packed the Wonder stage for the unpredictable Machine Gun Kelly and were not disappointed. Throughout the summer, the artist has taken his latest album, Tickets To My Downfall, on the road with massive crowds swarming to see this tour’s extensive production and to hear hits, “title track,” “concert for aliens,” and “my ex’s best friend,” which recently won the MTV VMA for Best Alternative Video. Preparing to release a collaborative album with Travis Barker, Born with Horns, the artist born Colson Baker unleashed his piercing new track, “papercuts,” which features drumming and production from Barker.

There’s no doubt Lizzo is an absolute goddess, so it was only fitting when she released a Greek mythology-inspired music video for her comeback single, “Rumors.” Taking the stage with her name adorned in larger-than-life cutouts, unstoppable backup dancers, and jaw-dropping vocals, Lizzo’s headlining performance will never be forgotten. Flexing her golden pipes, the songstress soared on “Good as Hell” and “Soulmate.” Throughout the night, Lizzo took fans back to her 2016 EP, Coconut Oil, and hit-filled 2019 album, Cuz I Love You. Hearing Lizzo belt on her records is one thing, but hearing her improvise live is next level. Not to mention, her playful on-stage energy was sincere and intoxicating as she tore down the house with live cuts of “Scuse Me,” “Truth Hurts” and “Juice.”