Going All The Way with ‘Flamboyant’ Dorian Electra: EXCLUSIVE

It’s late March and the weekend leading to Transgender Day of Visibility — a celebration of the courage it takes to live openly and authentically, while also raising awareness around the discrimination trans people still face — and we’re zooming through the nation’s capital to meet with rising pop provocateur Dorian Electra.

A text saying “I’m at the bar in a cowboy hat!” led me through Rock & Roll Hotel until we finally met. The LA-based artist was in town on the first of two special headlining appearances on the East Coast. The second occurring the following evening at Bizarre Bushwick in Brooklyn, New York. As both nights unraveled, Dorian’s welcoming aura, long-standing love of satirizing rigid gender roles, and powerful views on sexuality, music, and the industry, would captivate us, and lead a high energy feeling that radiated throughout the room. Not to mention, their knock-out headlining shows demand attention on each stage they grace and their performance is nothing short of incredible, unique, and empowering.

The Future Is Here and It’s Fluid

The first evening in D.C. made it abundantly clear, however, that Dorian Electra is more than just a rising ‘queer pop’ artist. Electra is a beacon of gender freedom, self-discovery, expression, and musical liberation. As Dorian continues to develop as an artist, they are uniquely positioned to challenge the status quo, artists, and listeners to reimagine and bend their dispositions and preconceived notions in an entirely new light, while simultaneously influencing the creation of a new “normal,” one that is at least inherently trans-friendly, welcoming, and inclusive.

In the year leading to their 2017 Pop 2 “Femmebot” collaboration with Charli XCX and Mykki Blanco, and touring with iconic feminist collective, Pussy Riot, Dorian Electra would release a handful of singles with titles like “Clitopia,” “Vibrator,” and “Drag” that resonated with a wide spectrum of dedicated queer fans, queens, and those curious and excited by the rising star’s larger-than-life demeanor and lyricism. Less than two years later, they’d show up by the hundreds to fill Rock & Roll Hotel and later Bizarre. However, with recent singles “Jackpot,” “which addresses gender fluidity, but in a more subtle, less explicitly educational way” and 2018s “Career Boy,” Dorian Electra adopts a drawn mustache, crafts a new high-octane sound with booming bass, and is pivoting toward the mainstream with a new vision for widespread acclaim.

Androgyny and gender-bending in mainstream music is something that has often characterized some of the most daring and enthralling artists in the industry. David Bowie, Lady Gaga, Marilyn Manson, Prince, and countless others have at one point defied societal norms to dabble with gender-bending outfits, makeup, and self-expression in their music. They’ve won awards for it and have sold millions of albums but as an actual trans artist with massive appeal and unbelievable talent, Dorian Electra has the power to represent a largely underrepresented group in mainstream music and radio, in a way like never before. One that could produce the next Born This Way or Ziggy Stardust if radio and mainstream music welcomed revolutionary trans pop musicians like Dorian Electra; SOPHIE, Teddy Geiger, SATEEN, and countless others like it did non-trans artists celebrating the same culture.

Despite the setbacks many trans artists face, Dorian’s next single, “Man to Man” would once again make a forceful push toward redefining mainstream music with an incredibly choreographed music video, radio-ready electropop, and a message of opening up to your bros, instead of using your fists. The song immediately caught on beyond Dorian’s fanbase and was featured on some of Spotify’s most prominent queer playlists, Out Now, Neon Party, and Transcend, expanding the artist’s reach beyond their 40,000 monthly Spotify listeners and injecting a new kind of cool into futuristic pop music. As the first night closed, “Man to Man” proved Electra has widespread appeal and popularity, with one of DC’s most diverse crowds going absolutely bonkers over the track.

The following night in Bushwick would prove to be equally as fun and insane with Dorian changing outfits slightly and delivering another incredible performance to an insatiable New York crowd. Their closing performance of the track, “Flamboyant” would be welcomed to non-stop cheers and screams from beginning to end. Some superfans in the audience already knew the words but a majority still watched in wonder and enchantment over the unapologetic lyricism, sharp moves, punching sound, and Dorian’s delivery of the showstopping track. While unreleased at the time, the new track felt like yet another pivot in Dorian Electra’s chameleon-like sound and career.

Released today, “Flamboyant” is produced by the queer, NYC-based artist ABSRDST, and gives Dorian’s signature pop style an experimental baroque twist as it reclaims and celebrates the track’s title. It’s absolute fire and should be listened to on repeat. The music video, which is also out today, pays homage to the legendary Liberace and is just as over-the-top, unrestrained, and colorful as he was. Co-directed by longtime collaborator Weston Allen (Nike, Refinery29) and Dorian Electra, the video features extravagant costumes inspired by Liberace and his partner, Scott Thorson.

On the new single, Dorian says: “In terms of Liberace, despite being one of the most celebrated musicians in the 1950s-70s, he was forced to remain closeted throughout his career due to American society’s repressive heteronormativity and misguided emphasis on ‘family values’—a stance that some could argue has trickled down to today via pop culture’s appropriation of queerness. Tackling a society that still shames and punishes those deemed ‘too much’ when it comes to their sexuality, ‘Flamboyant’ is both an earnest embrace of the ostentatious, as well as a self-aware satire of the hypocrisy that boxes in queer artists who are, more often than not, defined by their ‘flamboyance.’”

With “Flamboyant,” Dorian Electra’s first single of 2019, the rising pop artist once again proves why they’re ready to claim the spotlight they so rightfully deserve. One that expands beyond the reach of the LGBTQIA+ community and spreads across the globe while educating, celebrating trans culture, and music on a larger scale. The track’s tantalizing and intimidating lyrics, sharp delivery, and extravagant video are simply some of Dorian’s best work to date. Theatrical, cinematic, powerful, and unabashedly queer, the new song is sure to launch Dorian Electra into unprecedented heights as it leads to the release of Electra’s forthcoming debut album due soon. Stream “Flamboyant” on Spotify and be sure to see Dorian Electra when they play Pride this summer and select shows in cities across the U.S. Tickets can be found here. 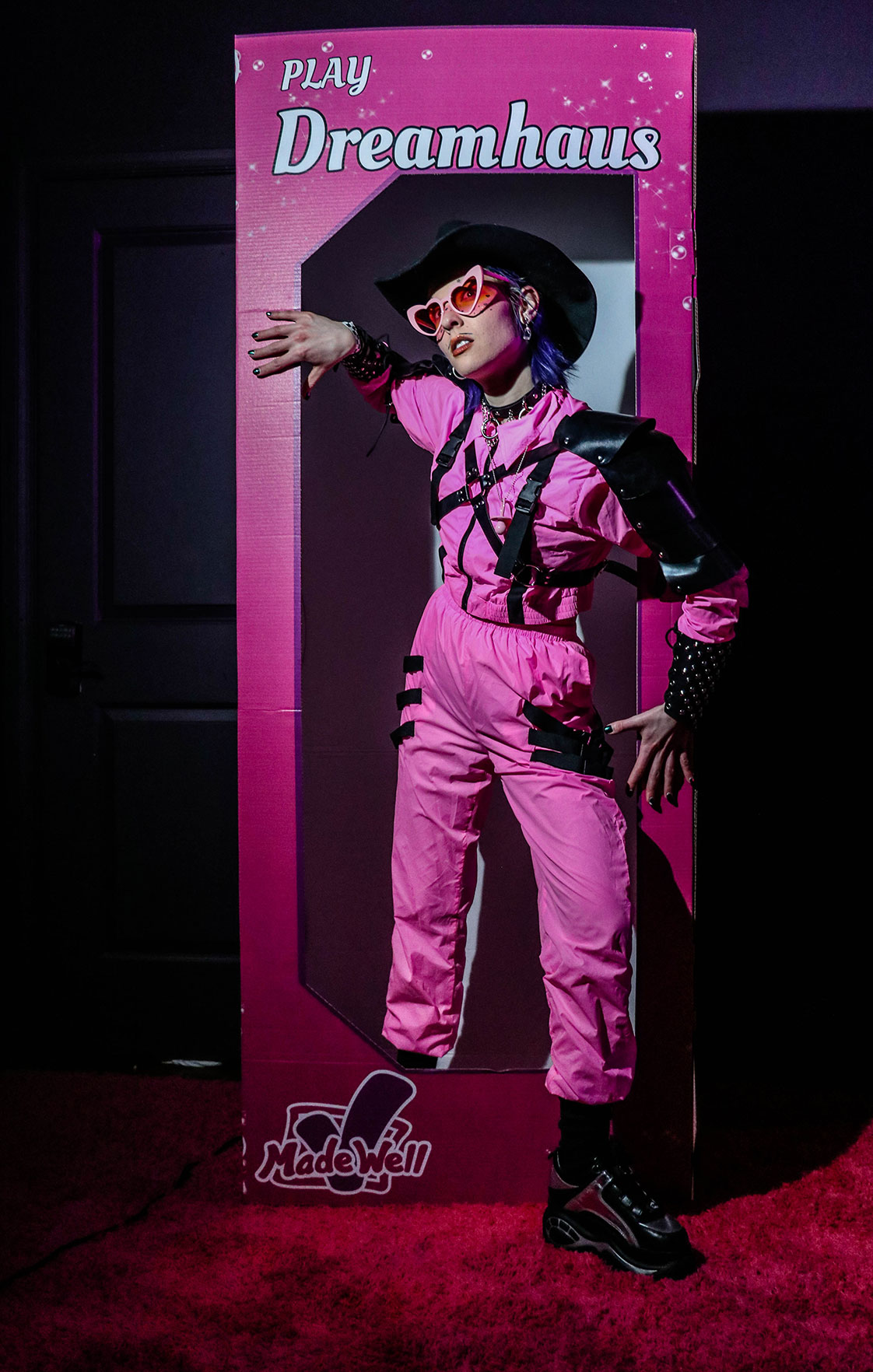 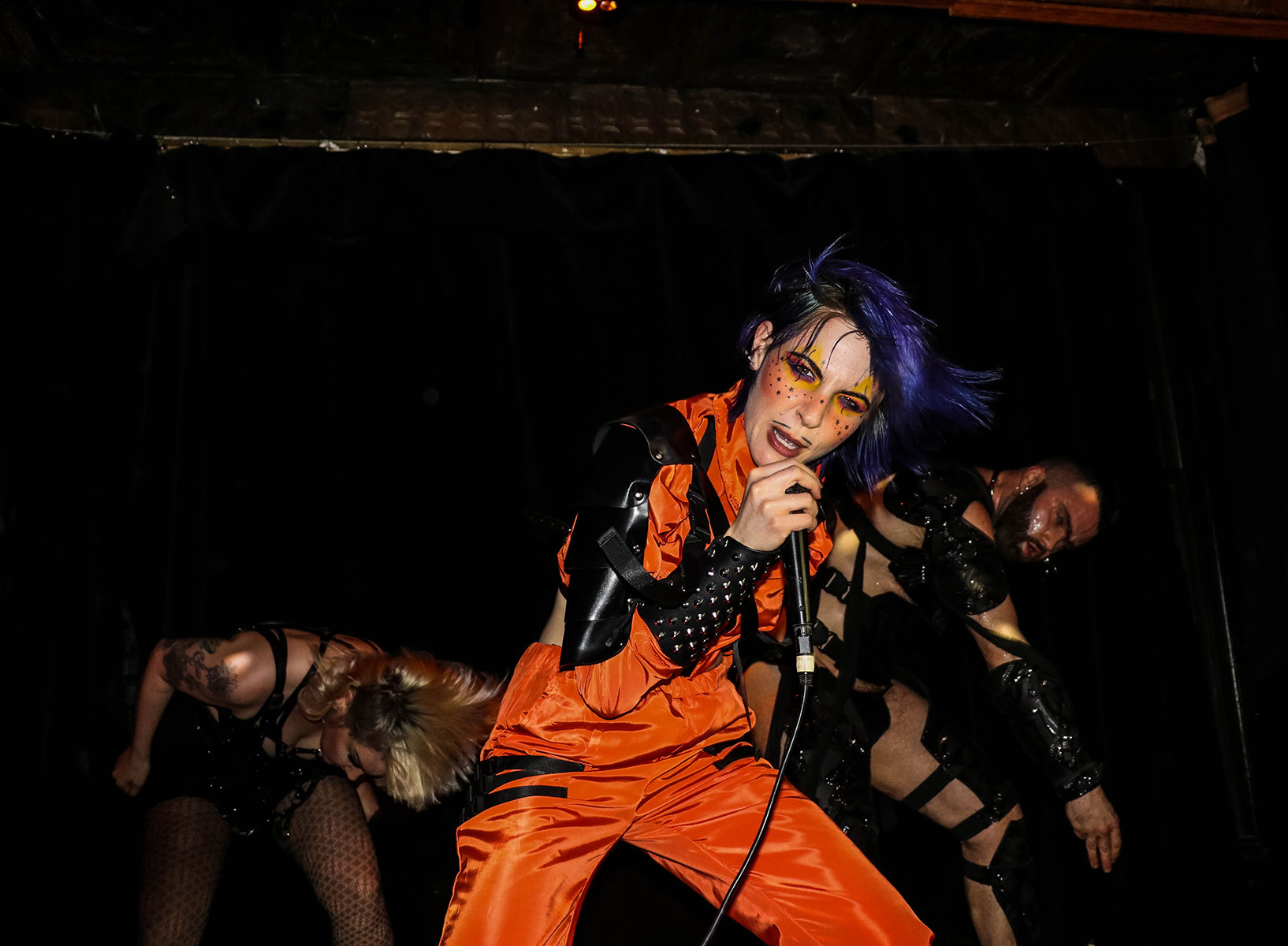 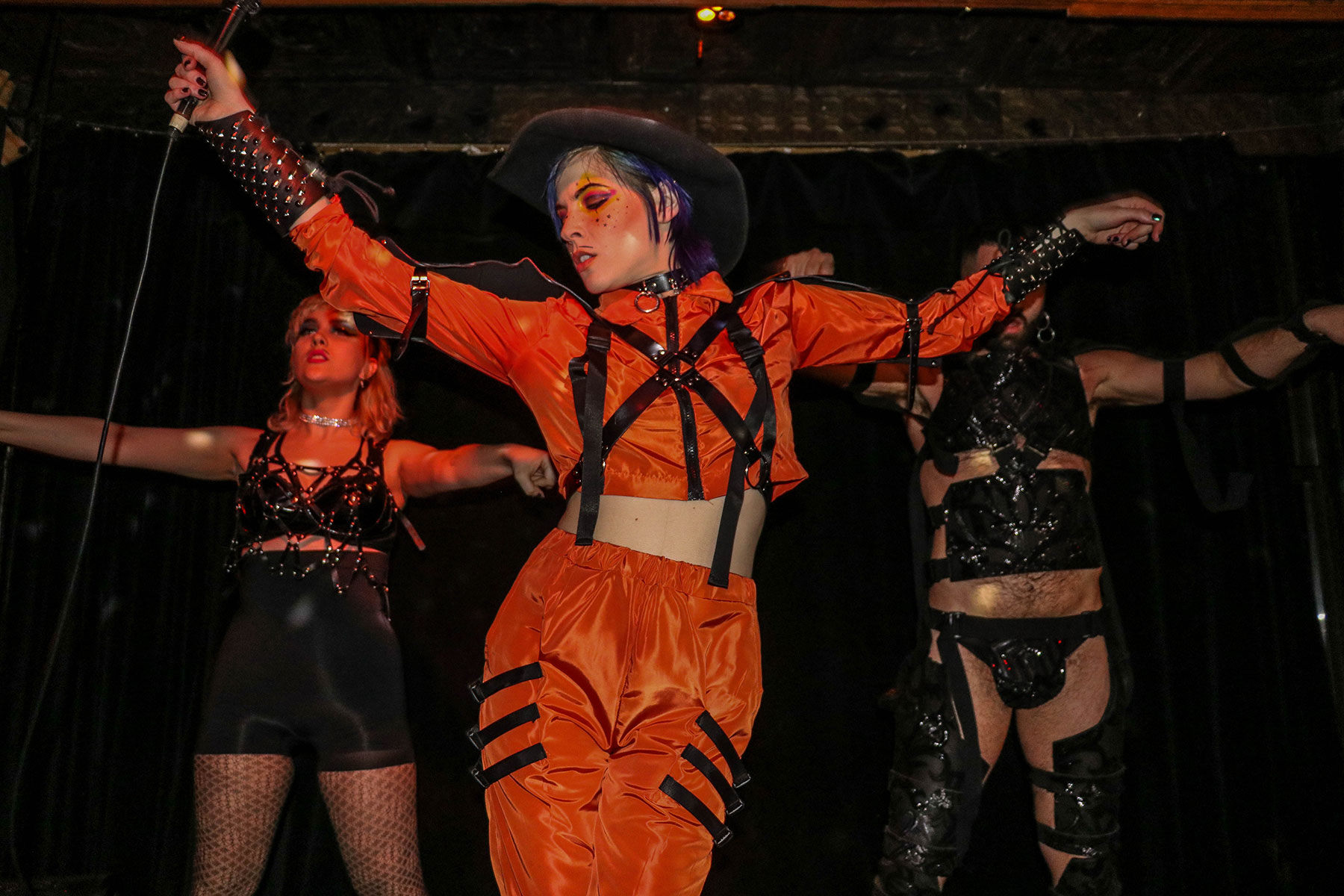 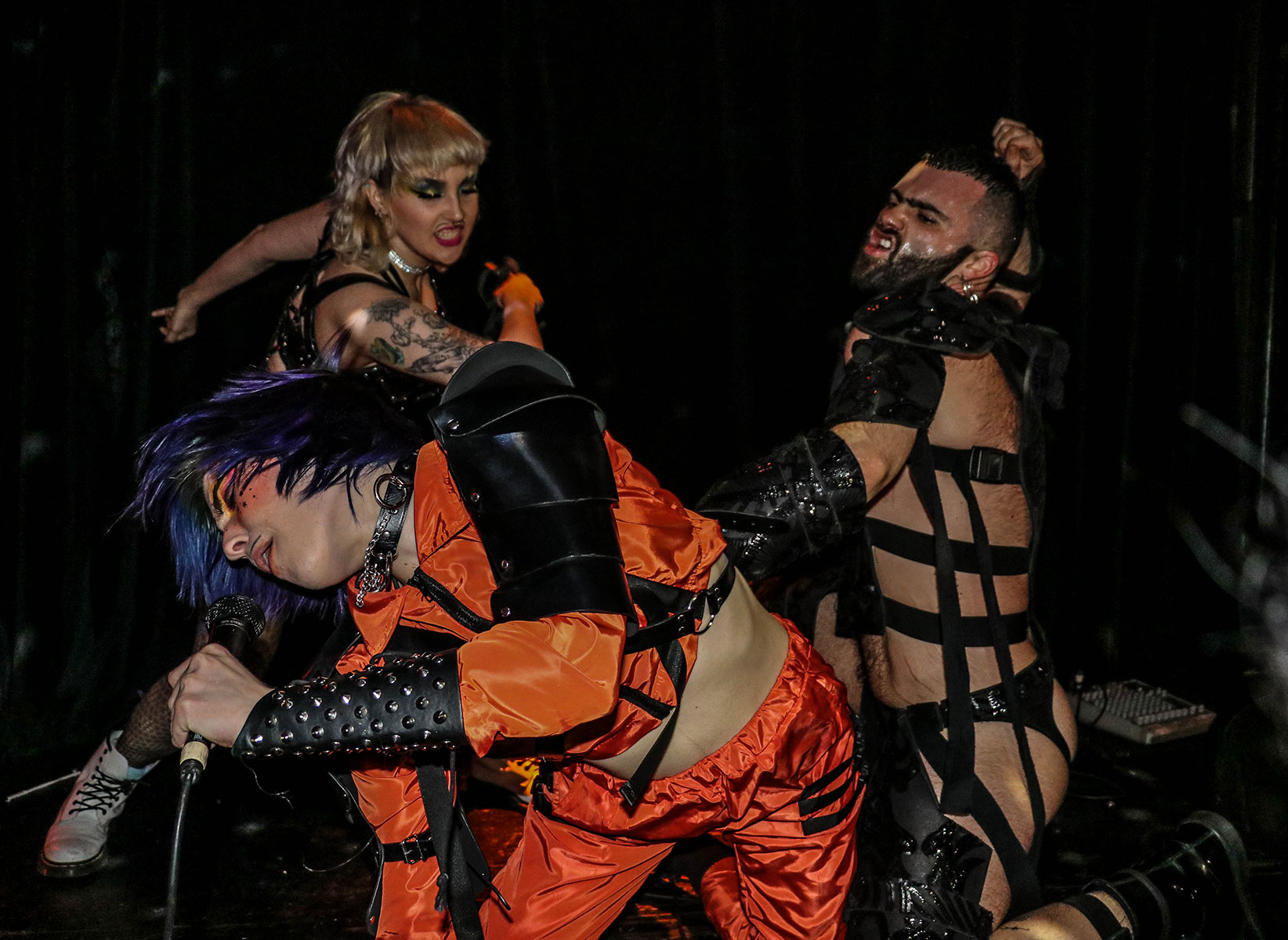 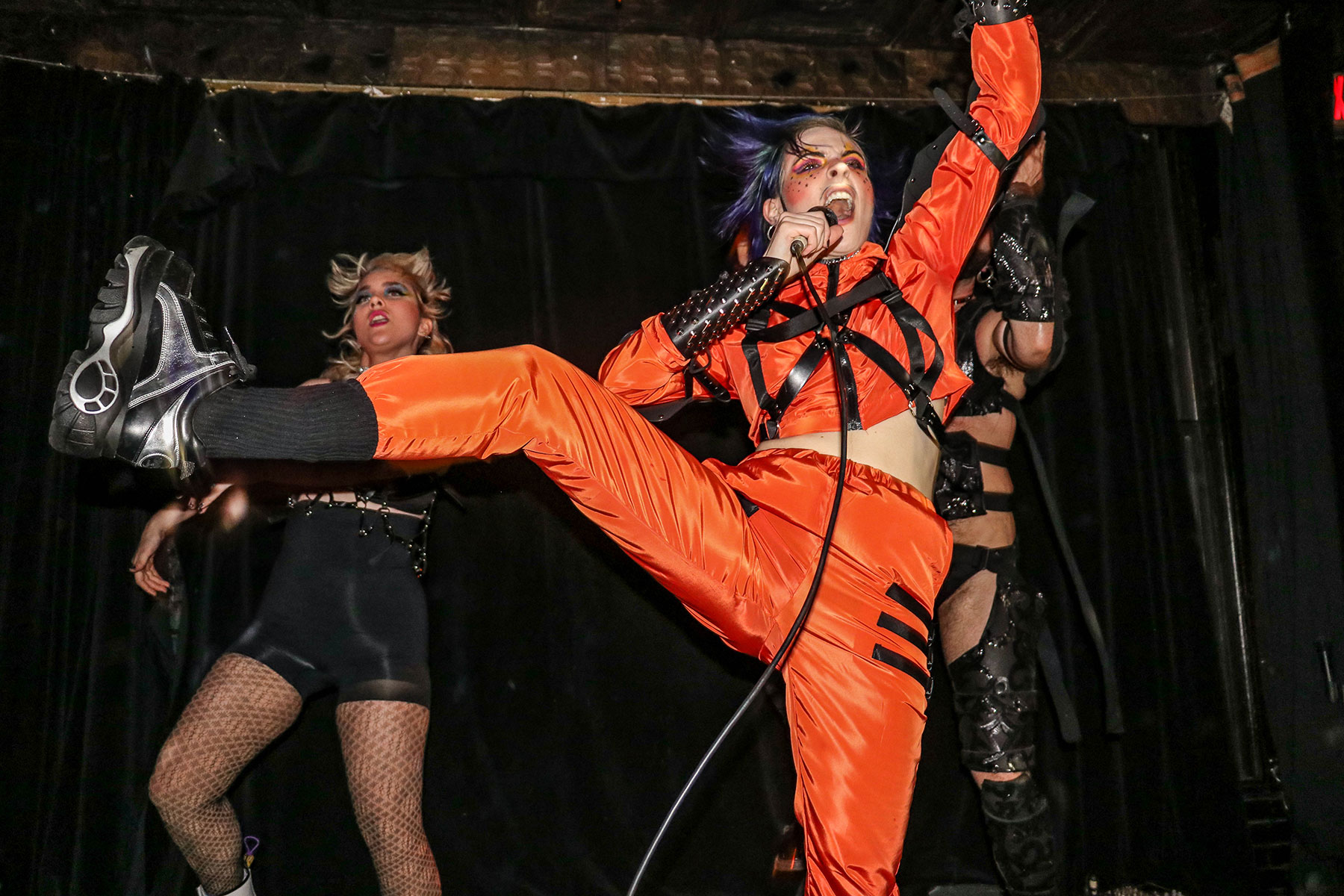 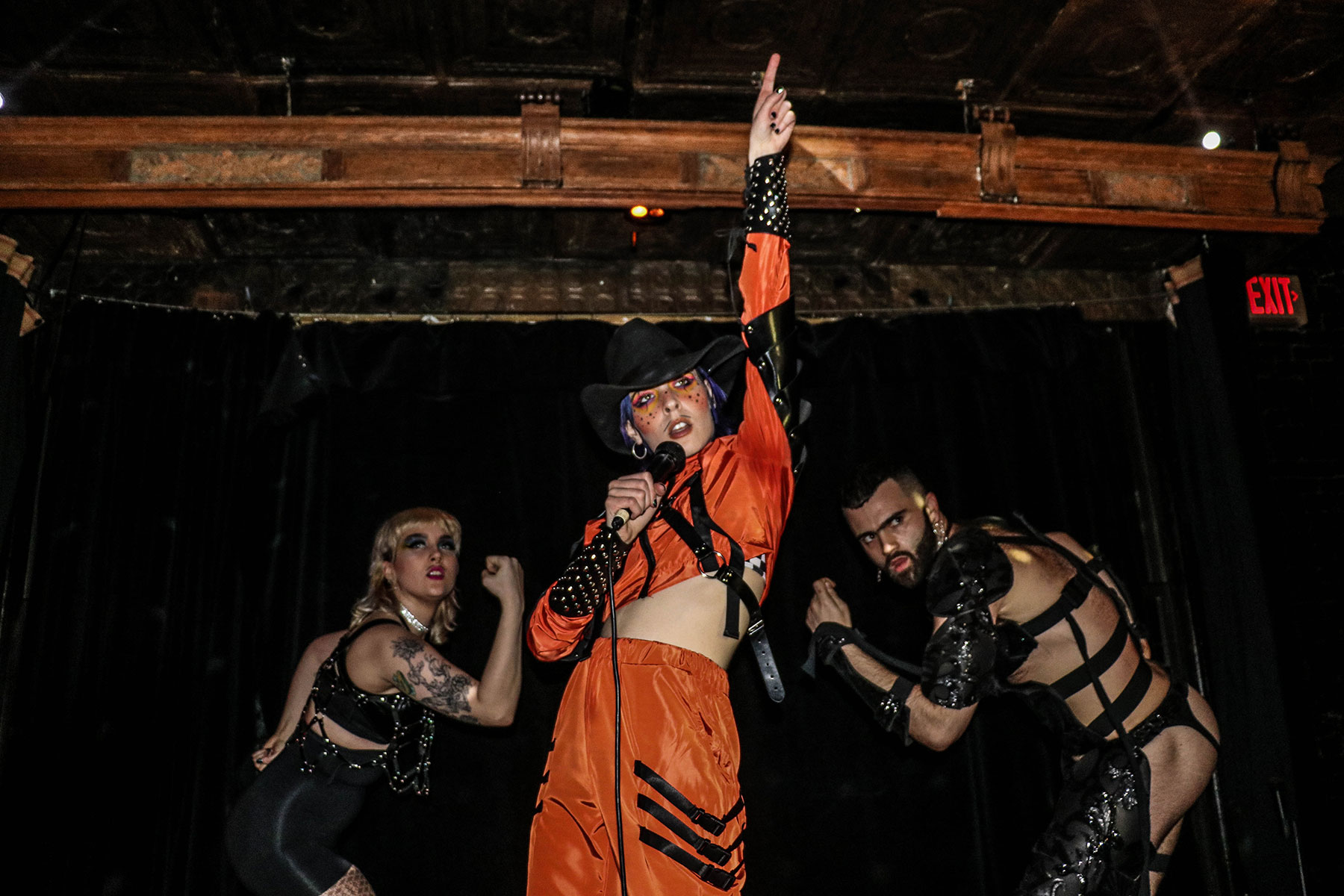 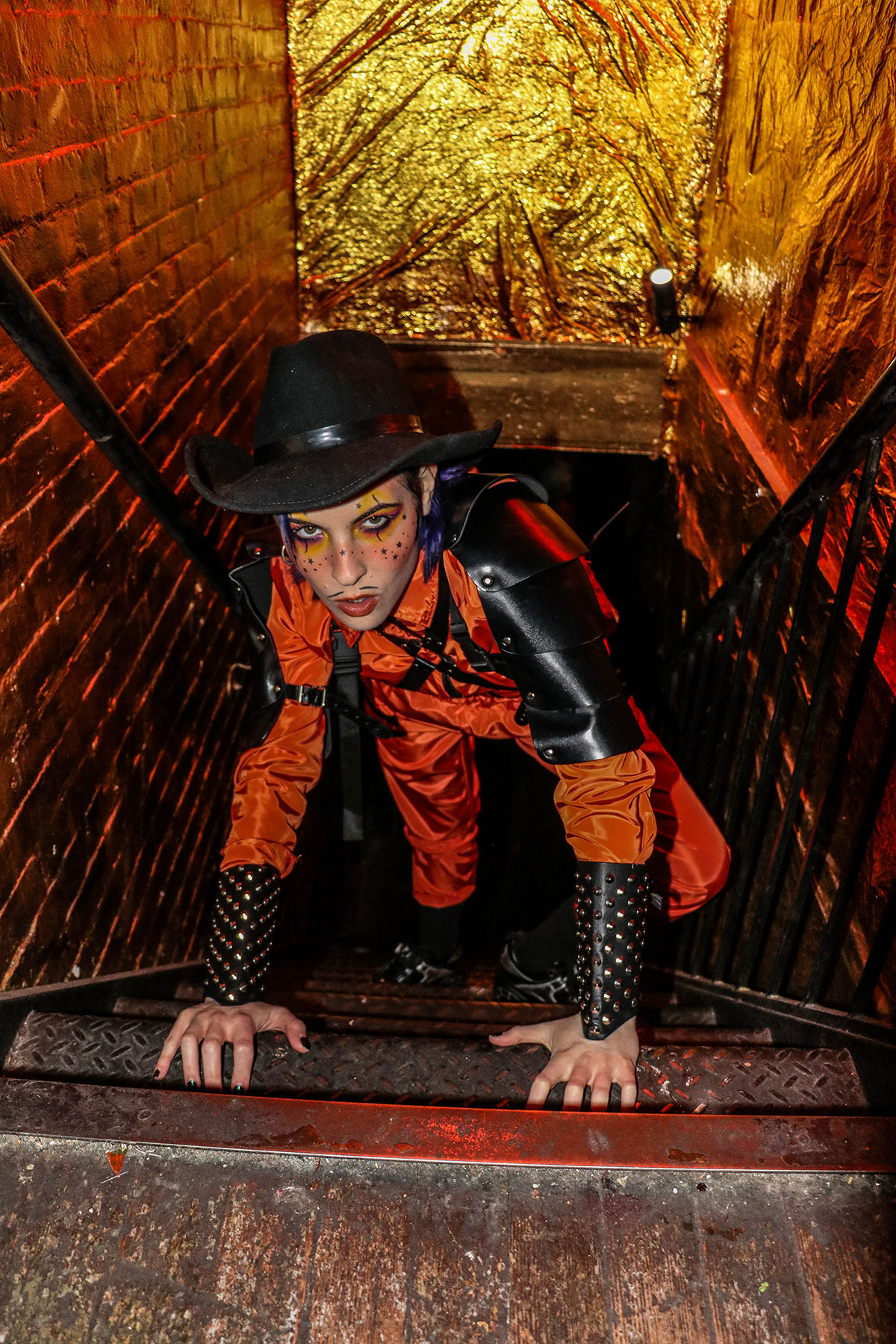