“TALK” out now via Quadio Records

Rising pop artist Dasha is back with a new release, “TALK,” that finds her snappin’ necks with an infectious melody and unapologetic, honest lyrics.

The song – about a relationship with a guy playing mind games – is a synth-pop scorcher and a major moment leading to her debut album. It’s further evidence, as seen by the revelatory “Nervous,” acoustic guitar-led “Love Me Till August” and the dizzying beeps of ‘00s Nokia ringtones on “TALK,” that there’s no use trying to confine or define the unique palette driving Dasha’s music.

First honing her skills with voice lessons and songwriting camps, she began spearheading her budding career alongside her music mentor, producer, and brother Bardo (Trevor Daniel, Beauty School Dropout), and a variety of collaborators, including Taska Black, Nickolas Wheeler of the All American Rejects, and Inverness.

Emerging in 2019 with a pair of singles, Dasha later unveiled “Don’t Mean a Thing” through Sony Germany in 2020, before signing with Quadio Records to share her debut EP, $hiny Things, a 6-track effort capturing a young artist navigating her early 20s through sincere songwriting, catchy pop hooks and a touch of west coast R&B. 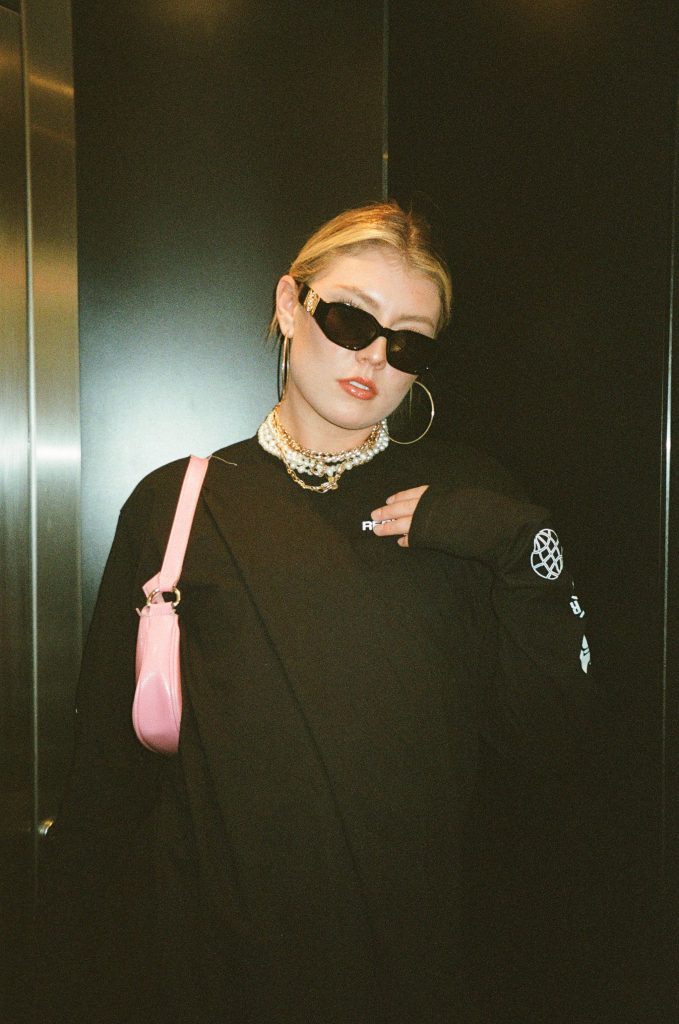 Now, with two stellar new songs released this summer and a debut album on the way, I connect with Dasha to chat about her creative process, recent singles, and upcoming debut album. Read on below.

Your new single “Talk” is sonically ambitious. What inspired the lyrics and genre-bending sound achieved?

I’ve heard a lot of pop artists start to bring in rock elements to their music, and I think it’s incredible. Honestly, I wanted to try it out and go for something different. It matched the “toxic” energy of the song a little too perfectly.

You recently shared videos of you in the studio making your “best work yet.” What is setting this new music apart?

Each song I write for my upcoming album is better and better. Recently, I feel like I’ve fallen in love with songwriting all over again.

Did your creative process or songwriting change during covid?

I had so much more time during covid to write and reflect. It was hard to find new song triggering inspirations during the pandemic, but I found I had a LOT of content to write about that went down in the previous pre-covid months.

I’ve always been inspired by the romance and elegance of the ’50s, as you can tell in the “Love Me Till August” music video. The music, too, with the five-part harmonies and conversational lyrics. A lot of the new music I’ve been working on, including the whole aesthetic for my upcoming album, is inspired by the era. Think high fashion, 50’s, sensitive bitch.

Your new song “Nervous” arrived at the beginning of July. Can you tell me about its creation?

Honestly, I don’t usually get nervous around guys. But then I met someone, and for the first time, I genuinely got so nervous around him — like the butterflies, thinking about him all day type of nervous. It was an obvious song title/concept, so I wrote “Nervous” with two of my best friends in Nashville. My older brother Bardo finished up the production in LA. I wanted the track to feel intimate, and literally like I was in his room, admitting my feelings to him for the first time again.

Sharing a song about your first intimate experience takes courage. Why did it feel important to share?

I’m very, very honest with my supporters about the lyrical content in my songs. It’s a way for them to connect on a deeper level because it’s my actual stories that I’m telling. This experience was too big of a chapter not to include. I want people to relate to my music and get butterflies & nerves. I’m not sure how much more relatable you can get.

You recently released an EP, $hiny Things. How does this project represent your current phase?

It was an incredible feeling putting out my first body of work. The response from “Shiny Things” was overwhelming in the best way. That EP was the first chapter of my life where finally I was making the music I wanted to, that felt the most authentic and the most me. It signifies that it’s only the beginning.

As a rising artist, how important is risk-taking to your creative process?

Honestly, I think that taking risks is a part of the fun of being a rising artist. There are no boundaries on what you can and can’t do. You never know what some random thing will lead to. Remember, well-behaved women, don’t make history.

What’s next for you?

Playing a couple of shows in LA, Nashville, and NYC in the next few months. Playing Bonnaroo with Taska Black, and I JUST (finally) moved to LA on the first of August. Being here is a game-changer.