Over the weekend, Bad Bunny made his long-awaited debut at WWE Wrestlemania 37, once again proving whether it’s atop the charts or the top rope, the multi-talented Puerto Rican artist is invincible. During his match, the 27-year-old artist delivered jawdropping stunts, including a flipping pile driver dubbed the “Bunny Destroyer,” with the match drawing praise from wrestling veterans Mick Foley and Randy Orton.

For fans that may have missed it – lifelong wrestling fan Benito first started appearing on the WWE in January when he performed his song “Booker T,” named after the American wrestler, during the annual Royal Rumble. At the event, Bad Bunny started beefing with the Miz (yes, the Real World guy). Fellow Puerto Rican Damian Priest was then brought in as an ally and helped Bad Bunny win the WWE 24/7 Championship in February. Bad Bunny and Priest continued to be involved in segments with the Miz and John Morrison, with the feud reaching its climax last week after the latter vandalized Bad Bunny’s $3.6 million Bugatti. This led to a challenge issued for WrestleMania, where the duo defeated Miz and Morrison in a tag team match.

To wrap up an outstanding weekend, Bad Bunny announces his 2022 return to the stage with El Ultimo Tour Del Mundo. The 25-date run will kick off February 9 in Denver, with additional dates in Los Angeles, Philadelphia, Brooklyn, Boston, DC, Atlanta, and others, wrapping on April 1st in Miami. The long-awaited tour supports Bad Bunny’s third studio album – the first all-Spanish-language album to reach number one on the Billboard 200. See the full dates below and more on Bad Bunny here. 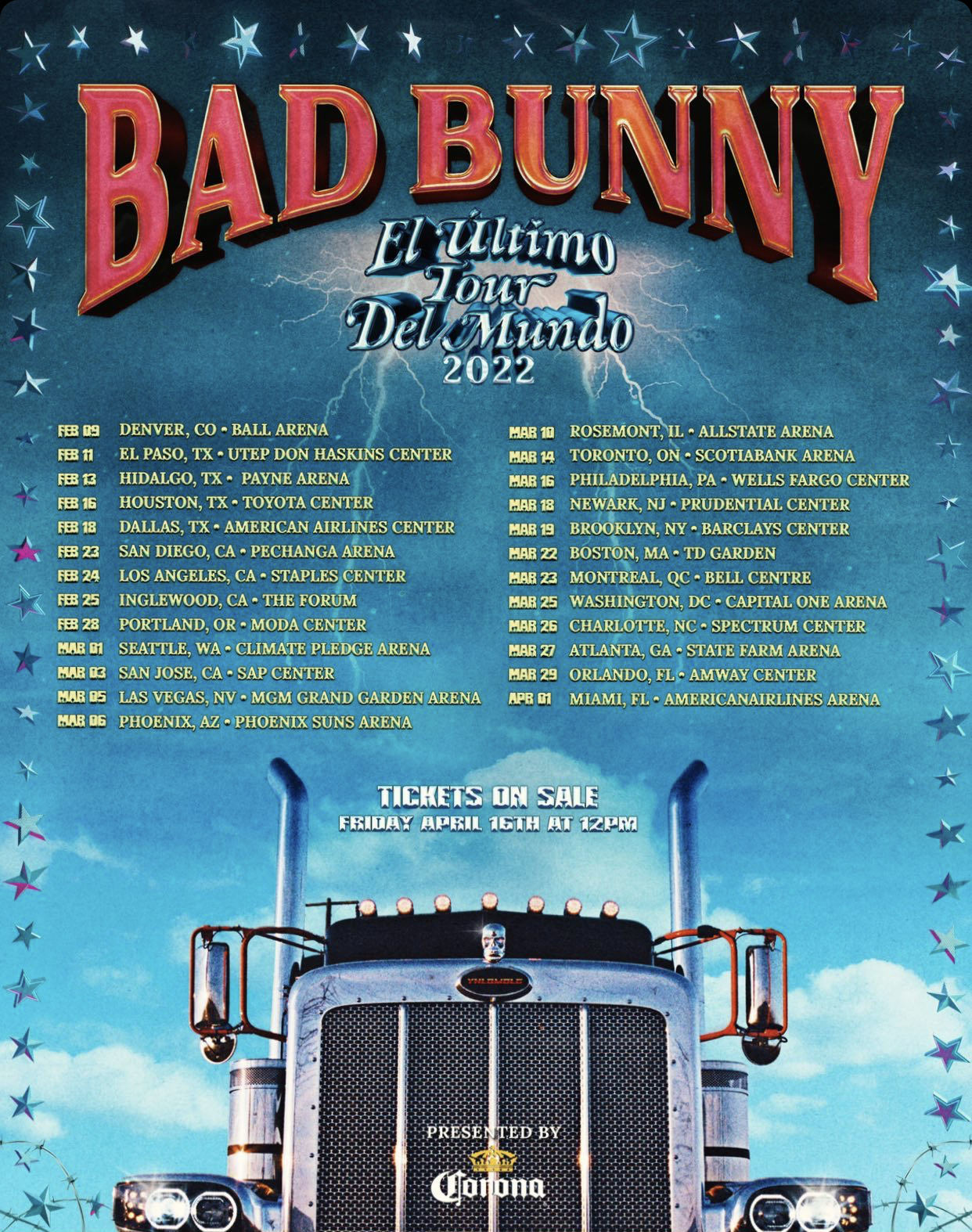