Am I A Girl? is out on Mad Decent/I’m Poppy Records

“Do you want some of this?” asks Poppy provocatively as she slinks across the stage with overfilled cups in hand and a Marie Antoinette-inspired outfit wrapped around her fit frame. Of course, hands instantly flared uncontrollably as fans stretched their reach for a chance at Poppy’s blood-red juice, and after a few minutes, not a cup or drop had gone unclaimed. With it, undeniable admission to Poppy super fandom. Oddly enough, that would only be part of the unexpected and wildly entertaining opening night of Poppy’s Am I A Girl? Tour.

Since first emerging in 2014, Poppy has remained a complete mystery. A self-proclaimed product of the internet, Poppy’s persona is the brainchild of musician/director Titanic Sinclair (born Cory Mixter) and Poppy (born Moriah Rose Pereira). Over the years, the two have collaborated to fill Poppy’s YouTube page with clips showing the artist doing anything from eating cotton candy and promoting Tide to vacuous announcements confirming she’s not in a cult. And while that may be true for Poppy, something tells me it’s a different story for the kool-aid drinking fans at 9:30 Club a few weeks ago.

With millions of streams across her official YouTube and Spotify accounts, Poppy’s brand of manufactured strange seems to be striking a chord with fans scouring high and low for pop’s next queen. After releasing 2016’s Bubblebath EP, Poppy’s music career began to take center stage, eventually leading to 2017’s debut album, Poppy.Computer which dropped on Mad Decent. That same year, Rolling Stone named Poppy.Computer one of their Top 20 pop albums and the Boston-born artist embarked on her first headline tour.

With all of that in the rearview, Poppy and Sinclair teamed up once again last year to create Poppy’s sophomore album, Am I A Girl? The album was released on Halloween, features collaborations with Diplo and Grimes, and finds the artist digging deeper into a spectrum of sounds influenced by heavy metal, electronica, and bubblegum pop. While the album questions Poppy’s humanness and existence, it was the Grimes collaboration and eventual controversy that would bring the album and Poppy back to earth. I guess it’s difficult to maintain Poppy’s porcelain doll-like demeanor while talking NDAs and ghostwriters. 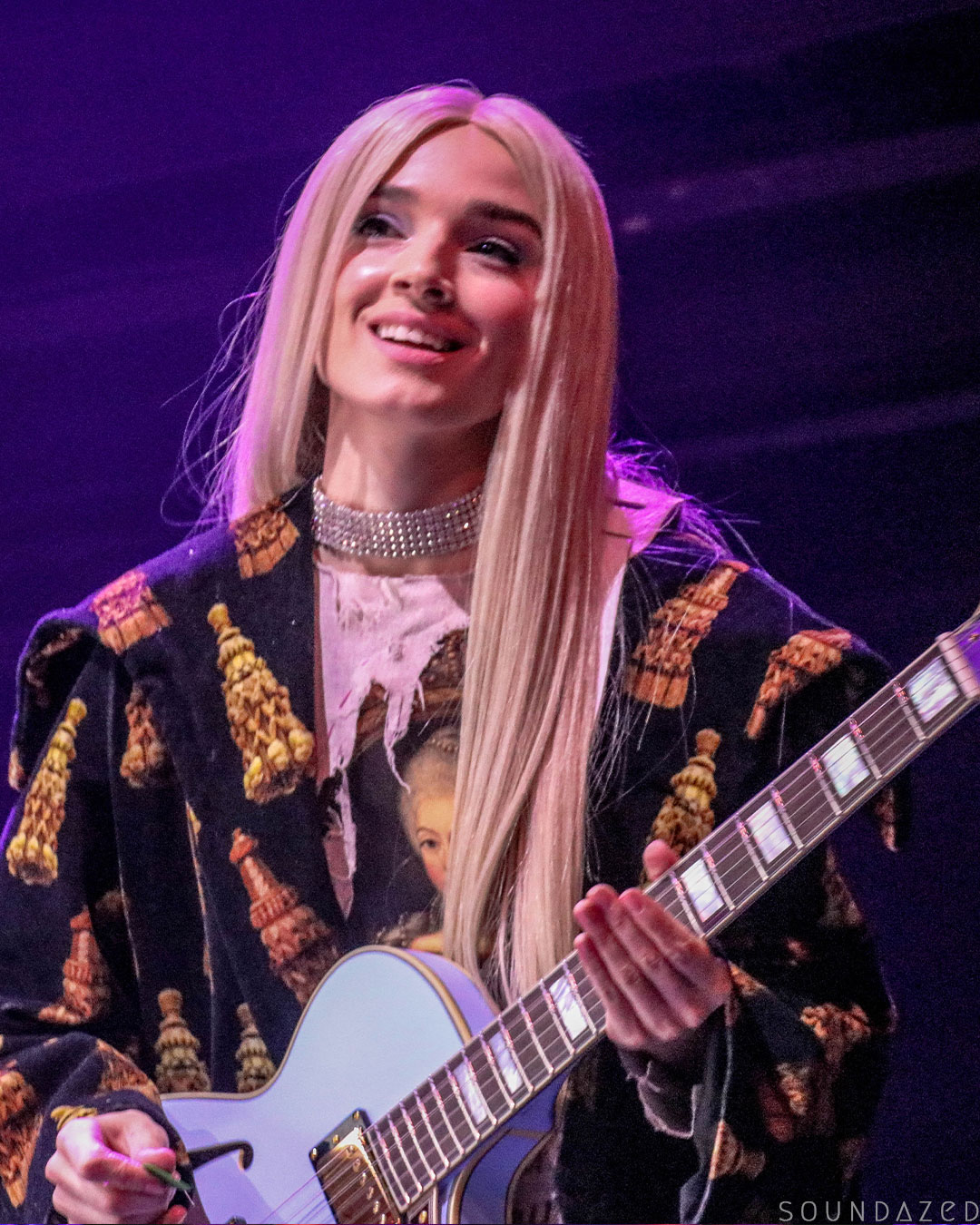 Regardless, the new album features some of Poppy’s best work yet (with whatever value that holds currently). Unlike her debut, Am I A Girl? brings an interesting new mix of artists and producers together for the first time and the results are fascinating. A quick glance at the credits alerts you to a few familiar names, Wax Motif, Diplo, Fernando Garibay, and songwriter Simon Wilcox (Britney Spears, Fifth Harmony) but together they’ve managed to amplify Poppy in an entirely new light.

Since Poppy’s tour opened in D.C. last month, we witnessed a few tracks’ live debuts and were beyond surprised to hear how damn hard they slapped. After appropriately opening the show with the album’s title track, Poppy played “Chic Chick,” a track which tells her kool-aid-drinking listeners to bow down to their matriarch. 2016’s “Money” reminded listeners of a past Poppy and the bouncing production of “Bleach Blonde Baby” had people striking poses as much as they were dancing. After running through “My Style,” one INSANE interlude, and “Computer Boy,” Poppy made a live debut of “Immature Couture” — a track that did not make it on the new album but was released to appease fans during the creation process. 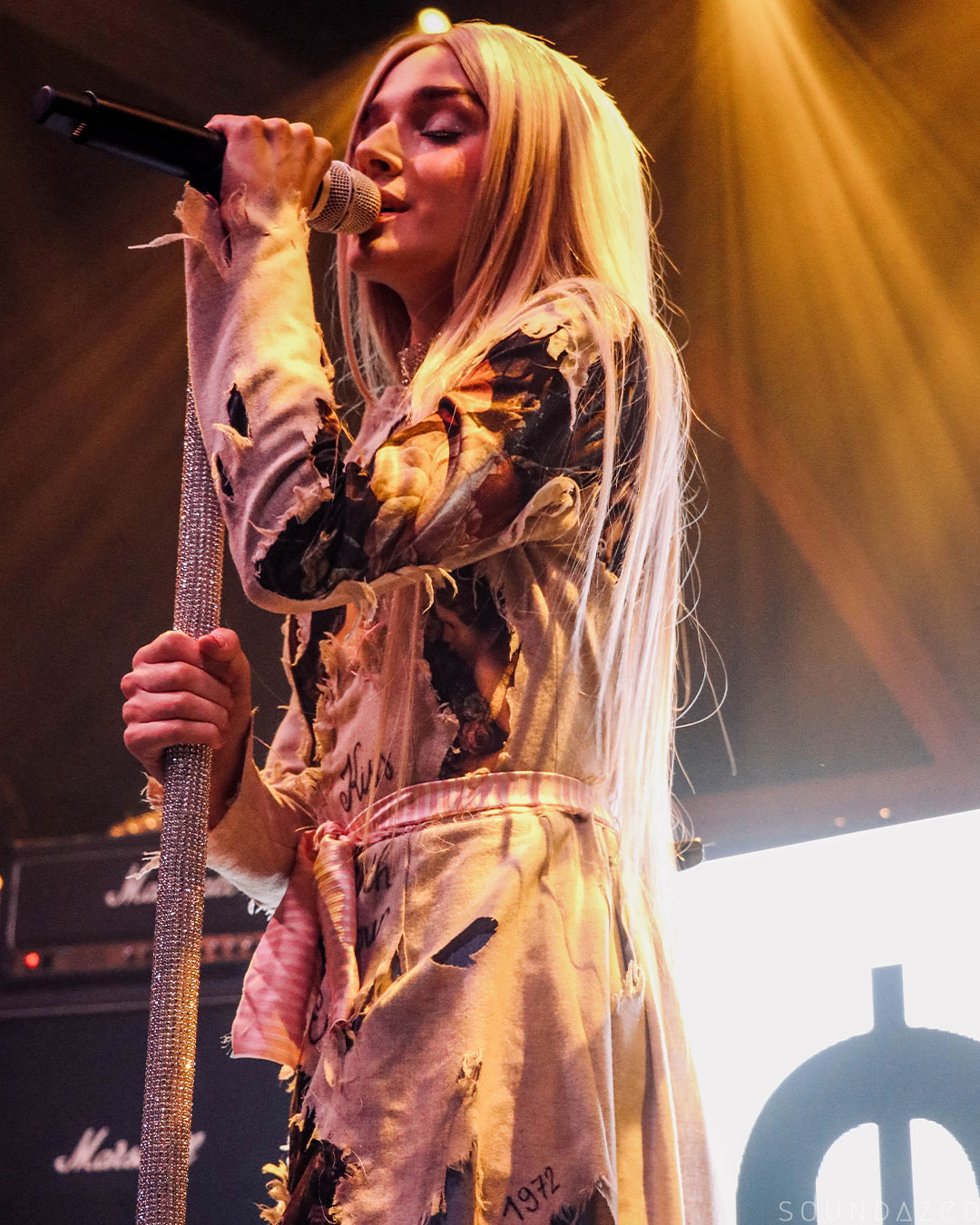 “Voicemail,” Poppy’s latest single, was still unreleased at the time but made its booming live debut at the 930 Club to wild cheers and excitement. The 808s shook the room and our souls as Poppy unleashed her latest track on a crowd of unsuspecting fans. Feeding on the craze, Poppy then dropped a surprisingly-good cover of Pink Floyd‘s “Another Brick in the Wall Part 2.” After running through her Diplo and Grimes collabs (no hard feelings, maybe?), a cover of “Dreams” by The Cranberries, and a few other tracks, the platinum blonde artist closed with “X,” an extremely metal track to tie in her guitar-heavy interludes and drums. In all, delivering an opening night show, unlike anything we could’ve ever expected.

Poppy is on tour through March with dates confirmed in NY, Boston, Toronto, Chicago, Austin, and 20+ more dates. Stream Am I A Girl? below and find tickets for Poppy’s tour here. 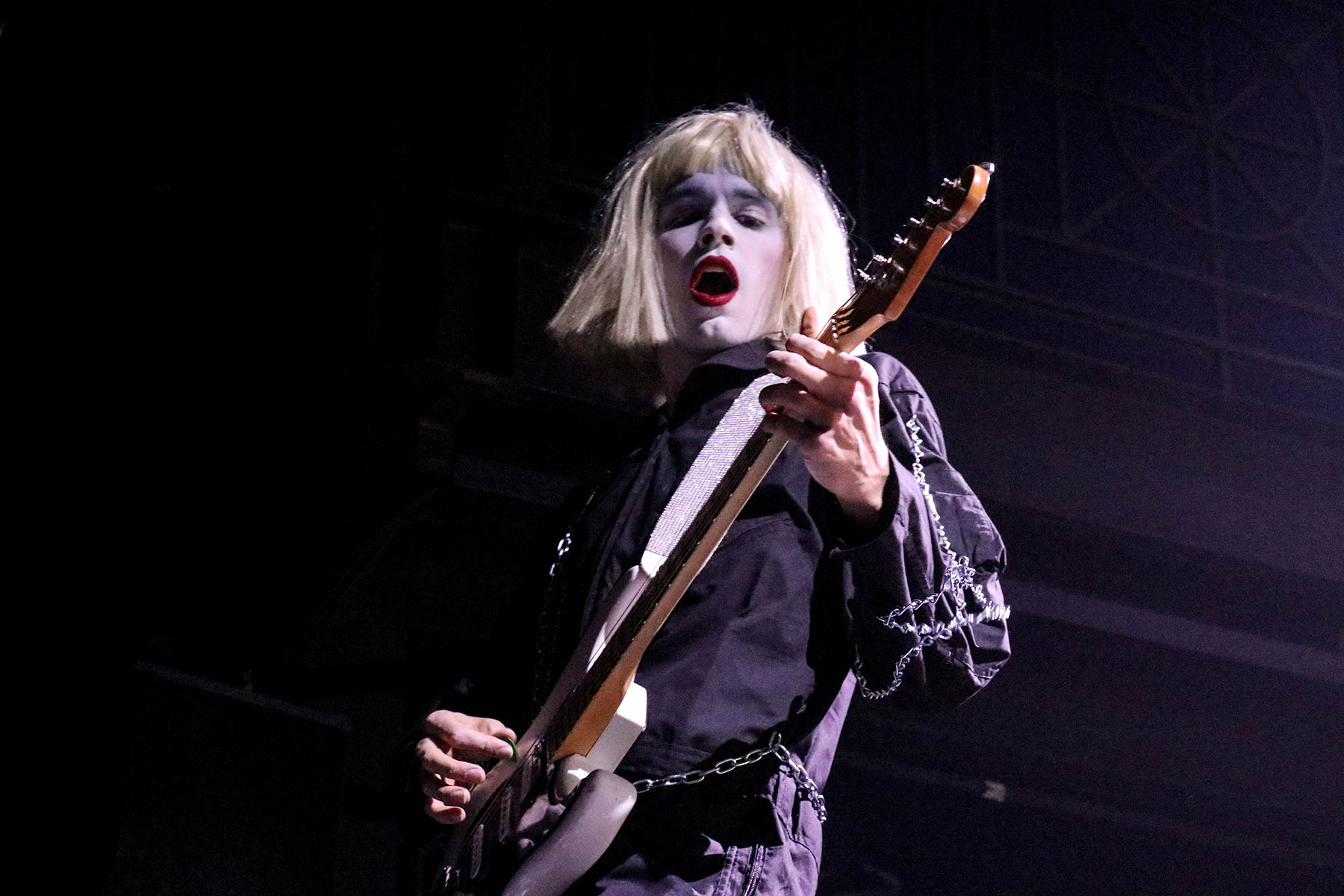 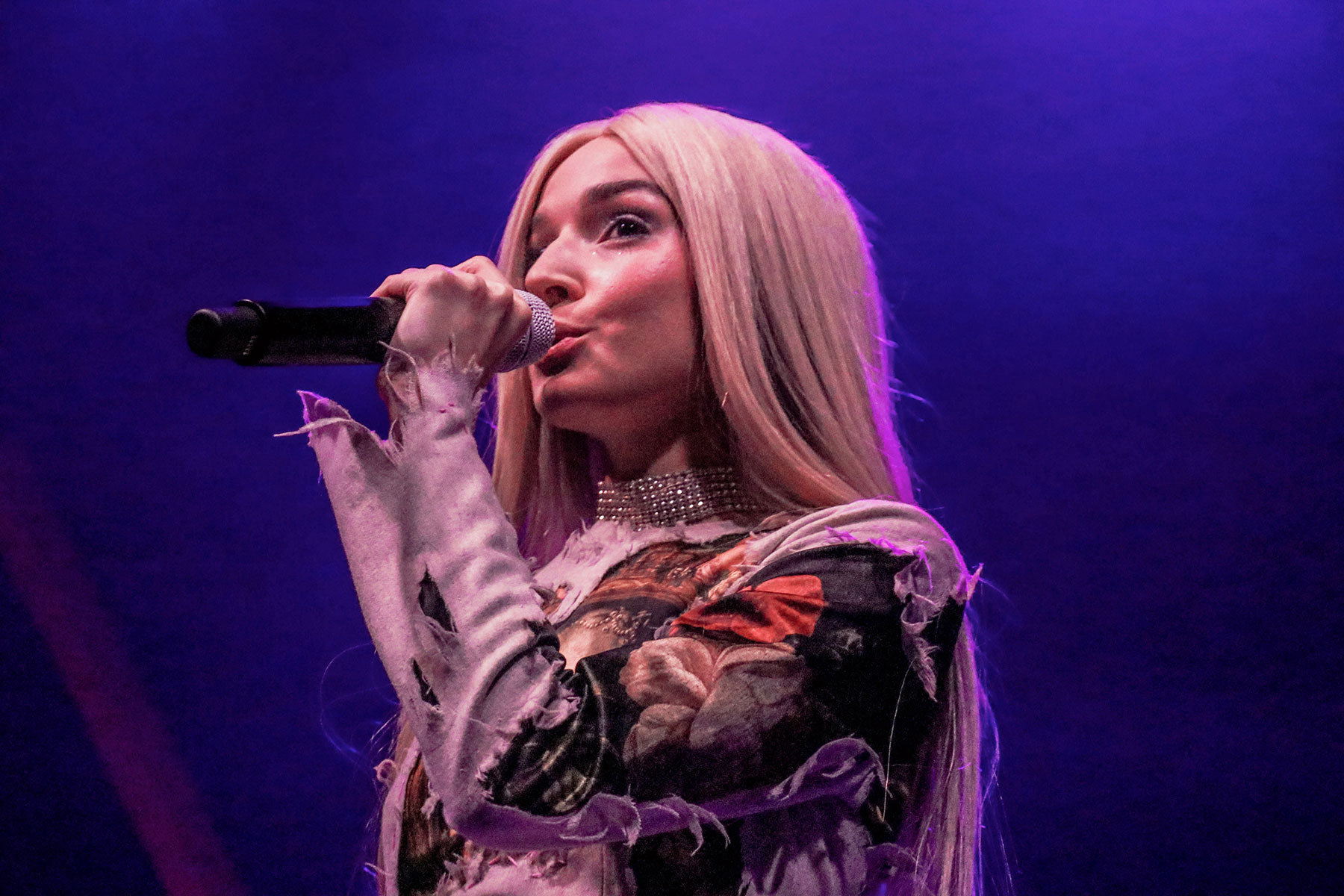 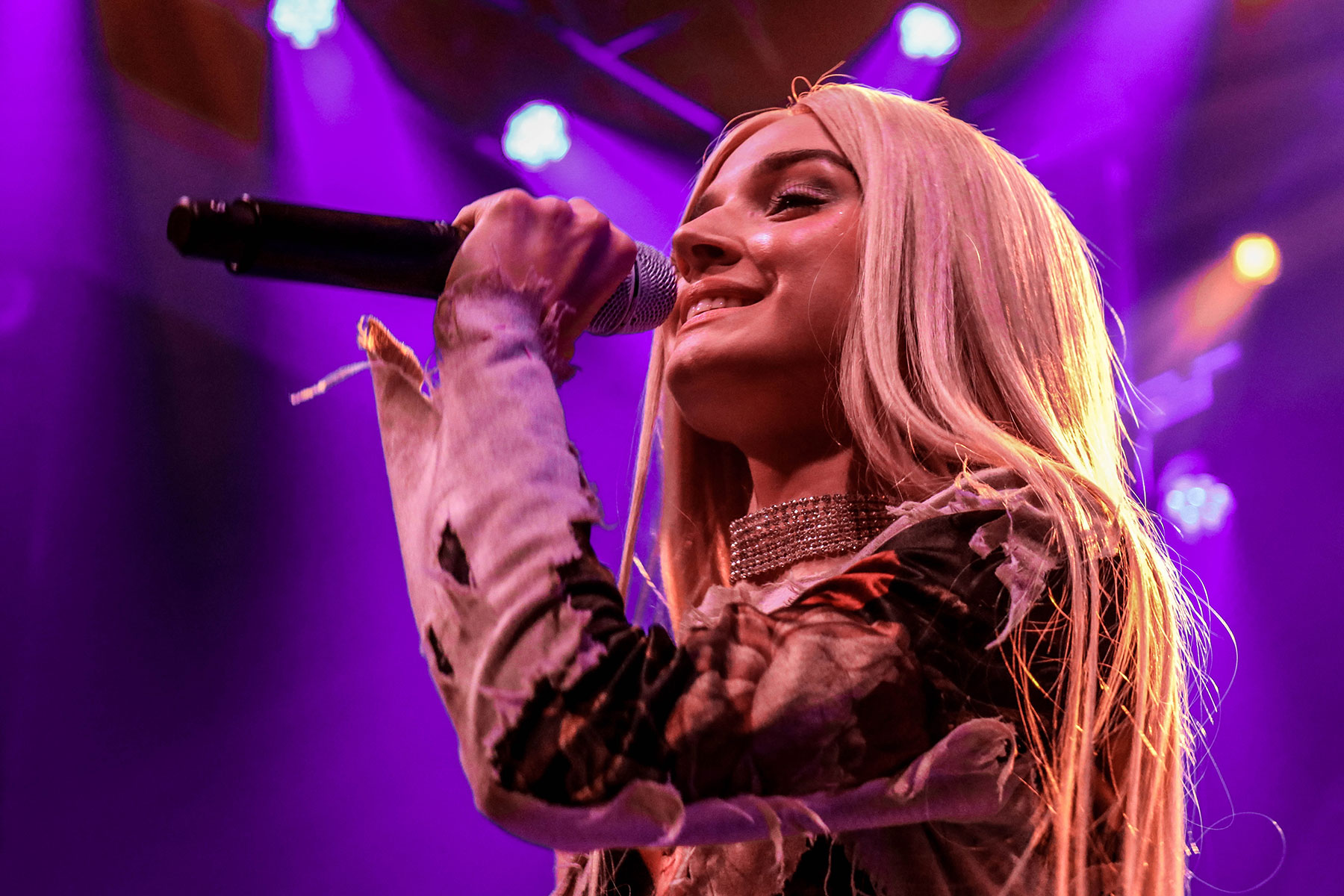 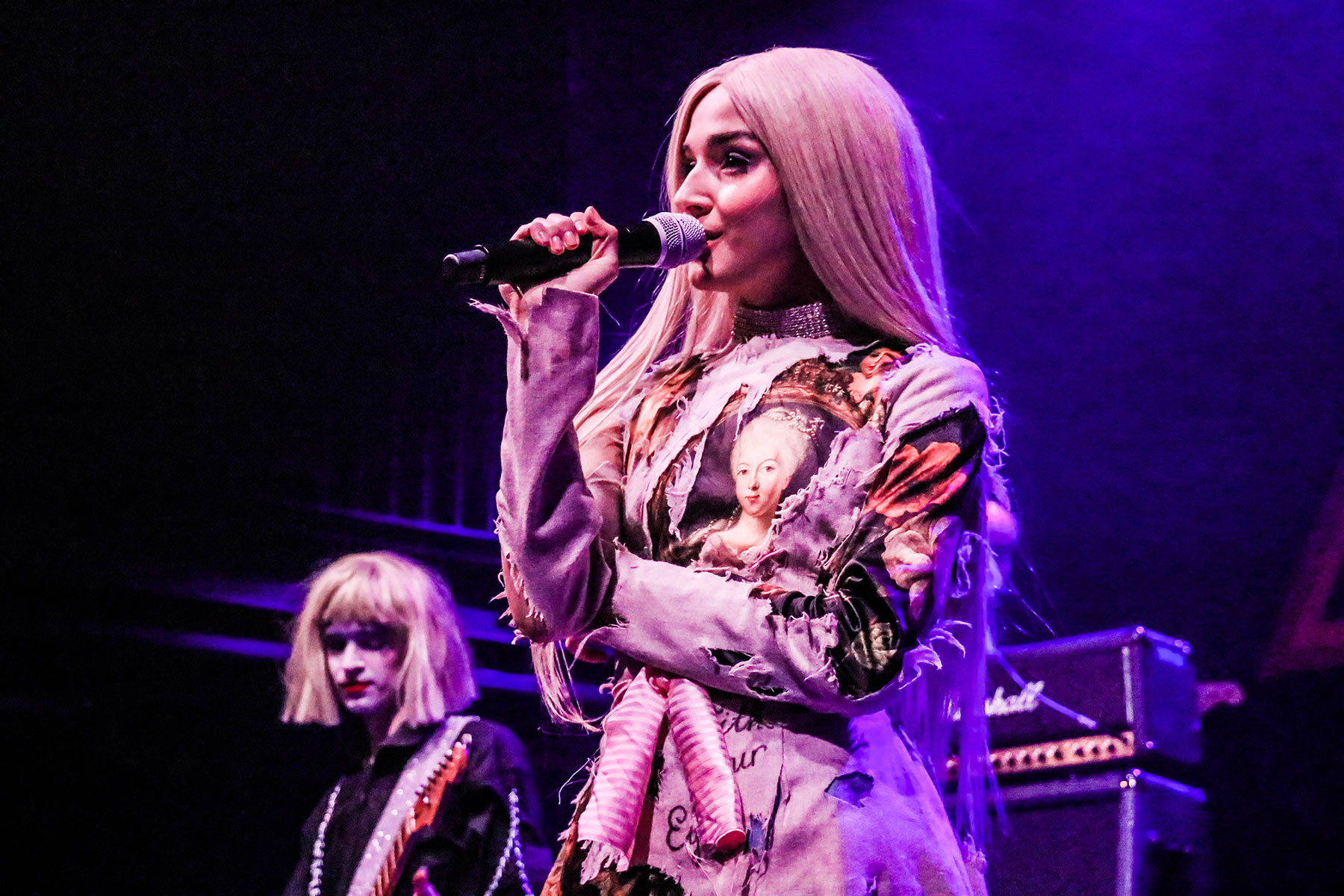 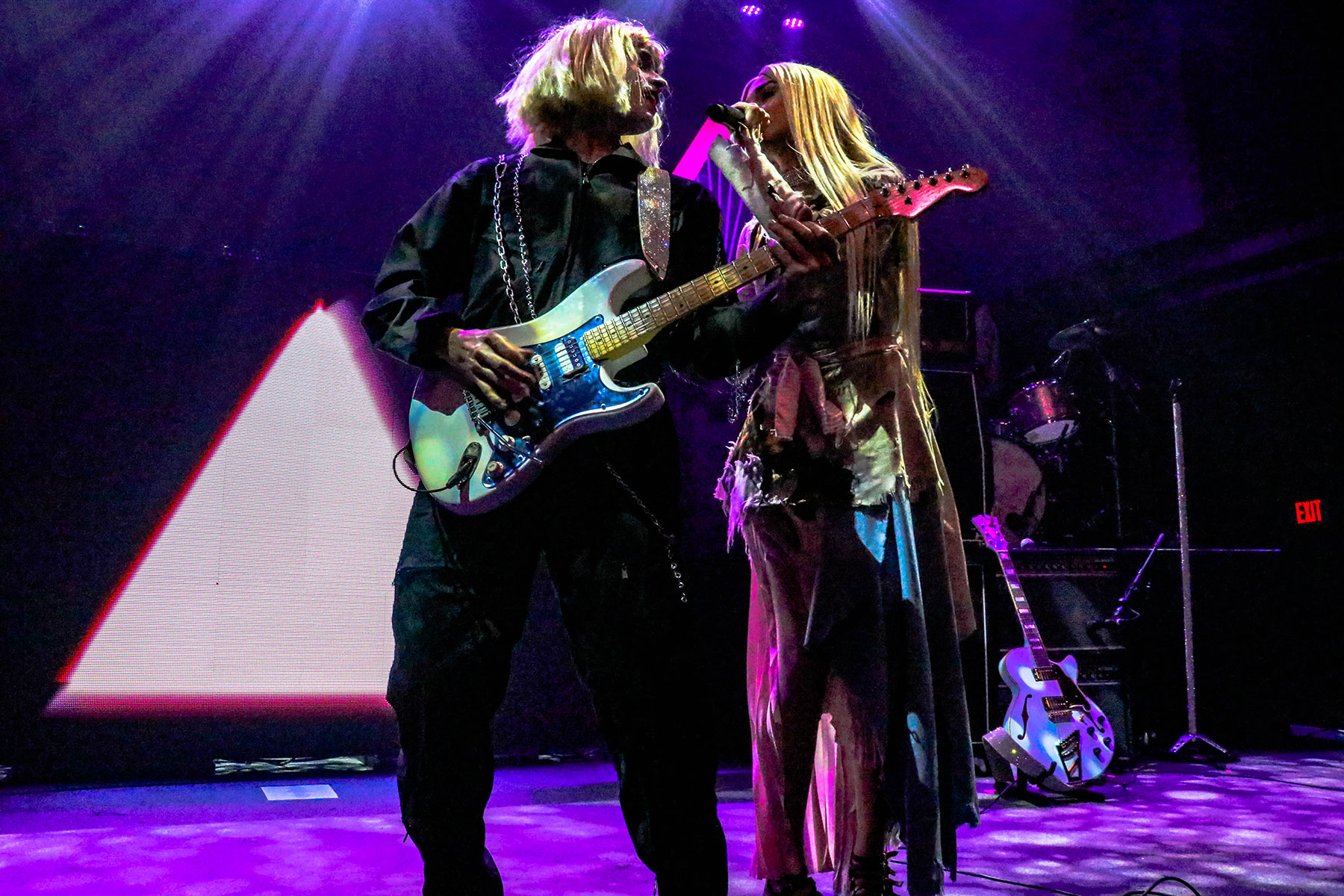 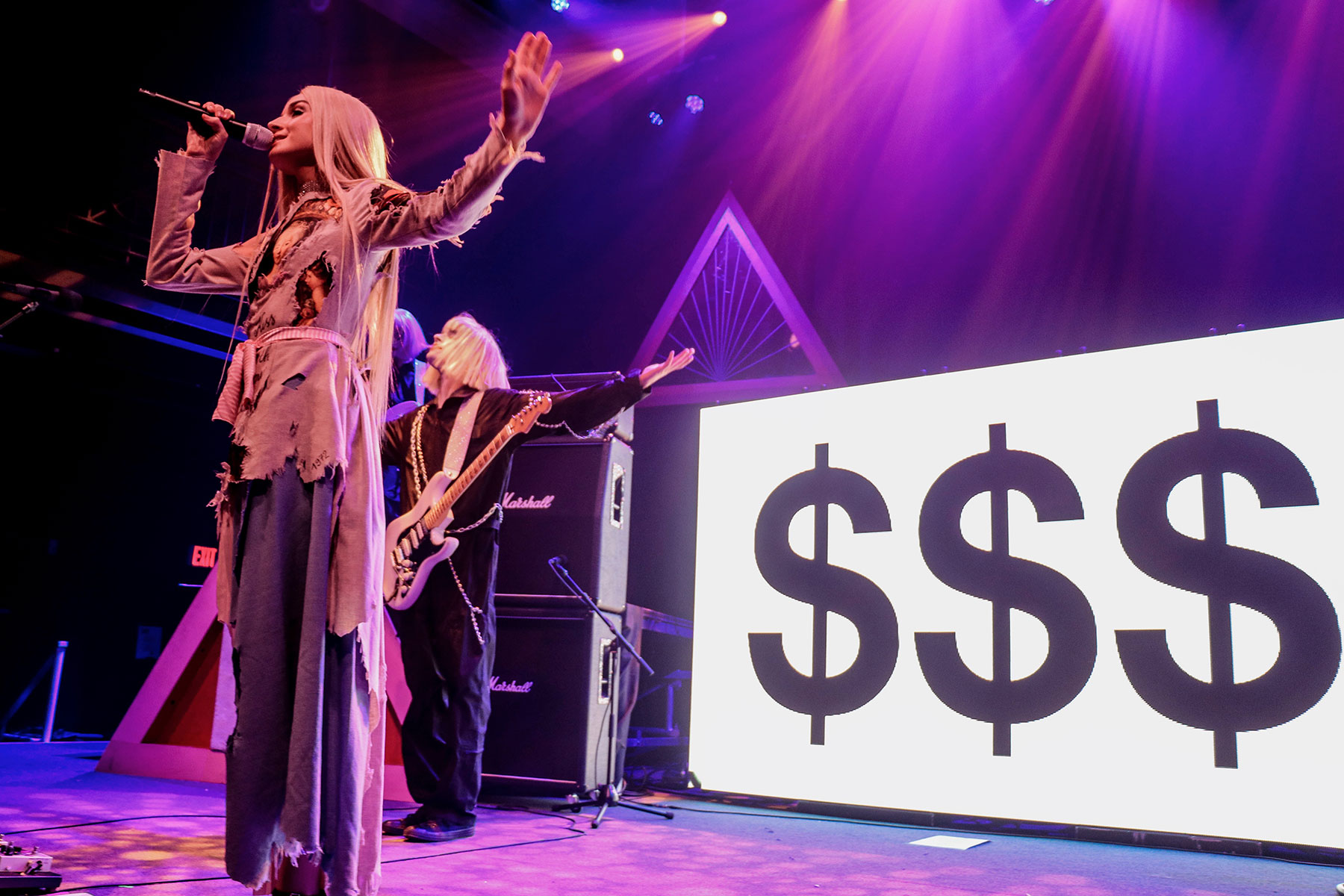 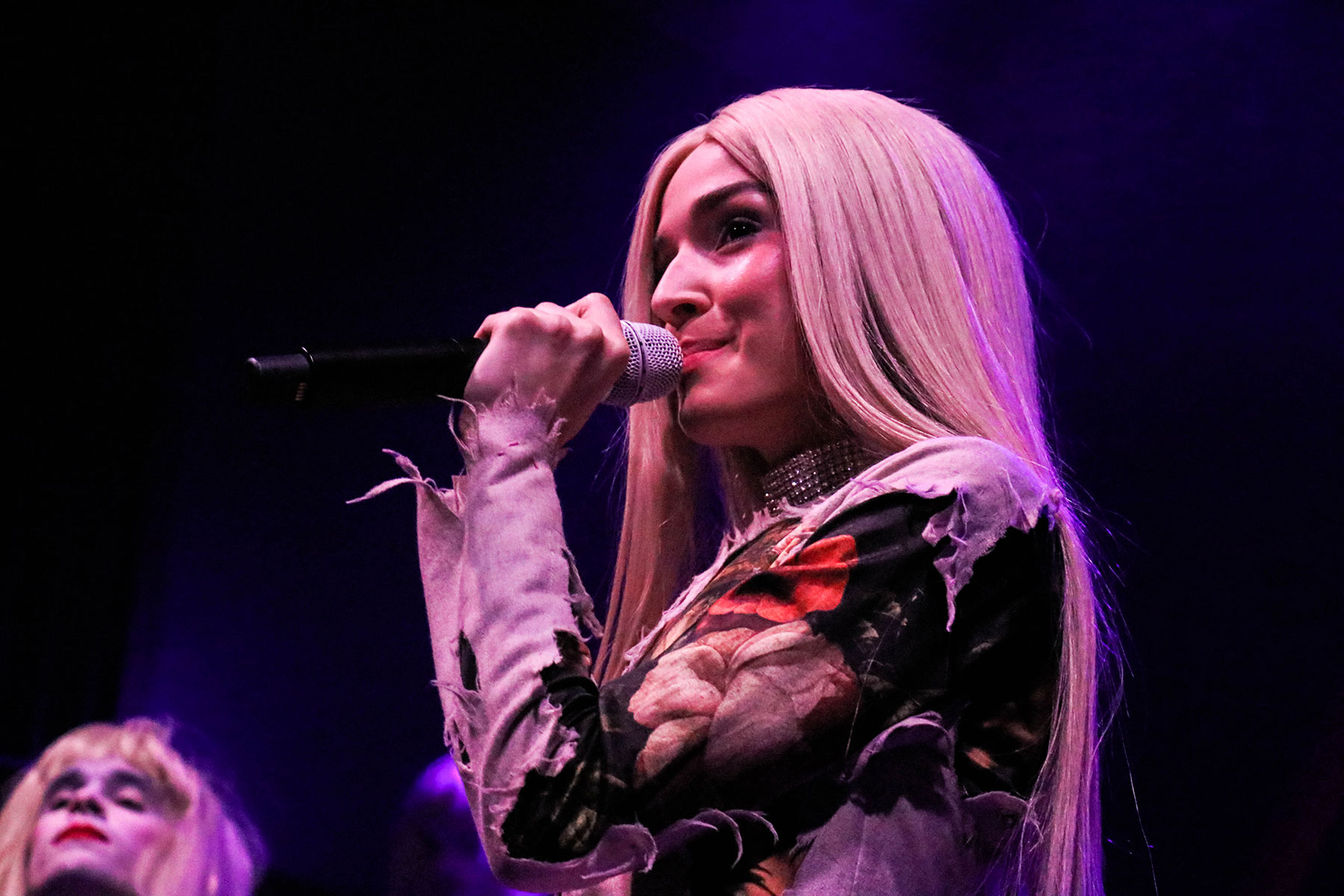 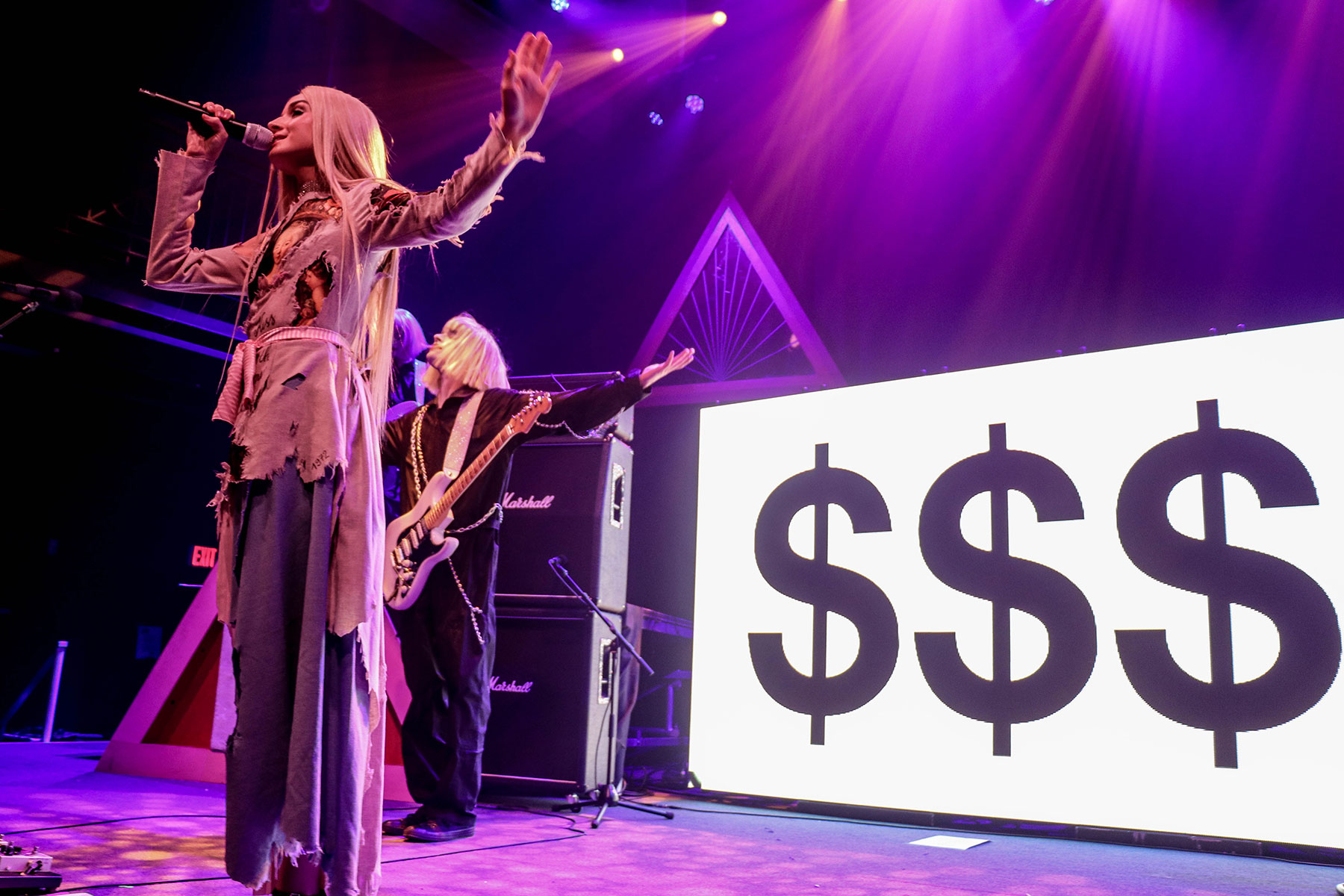 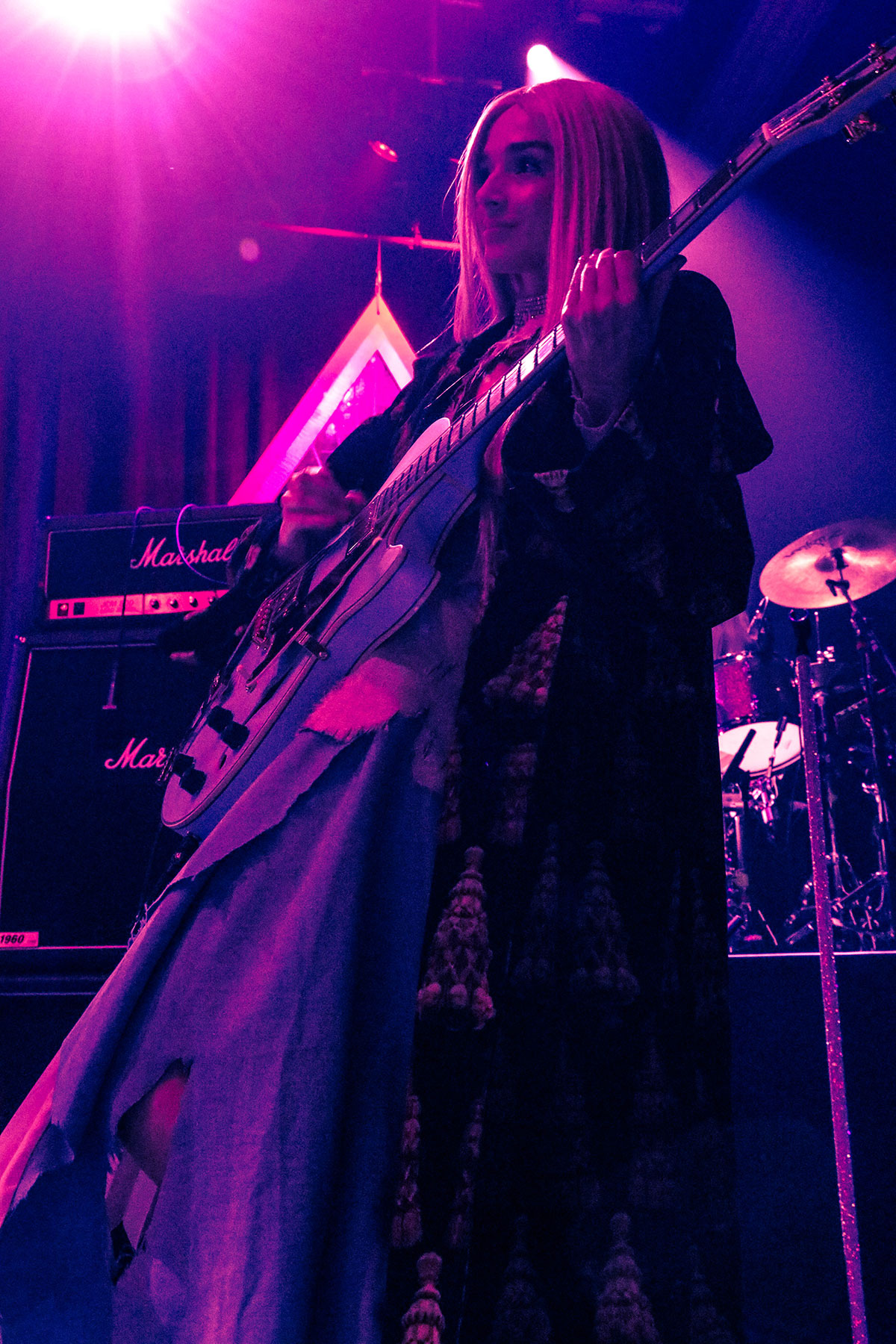 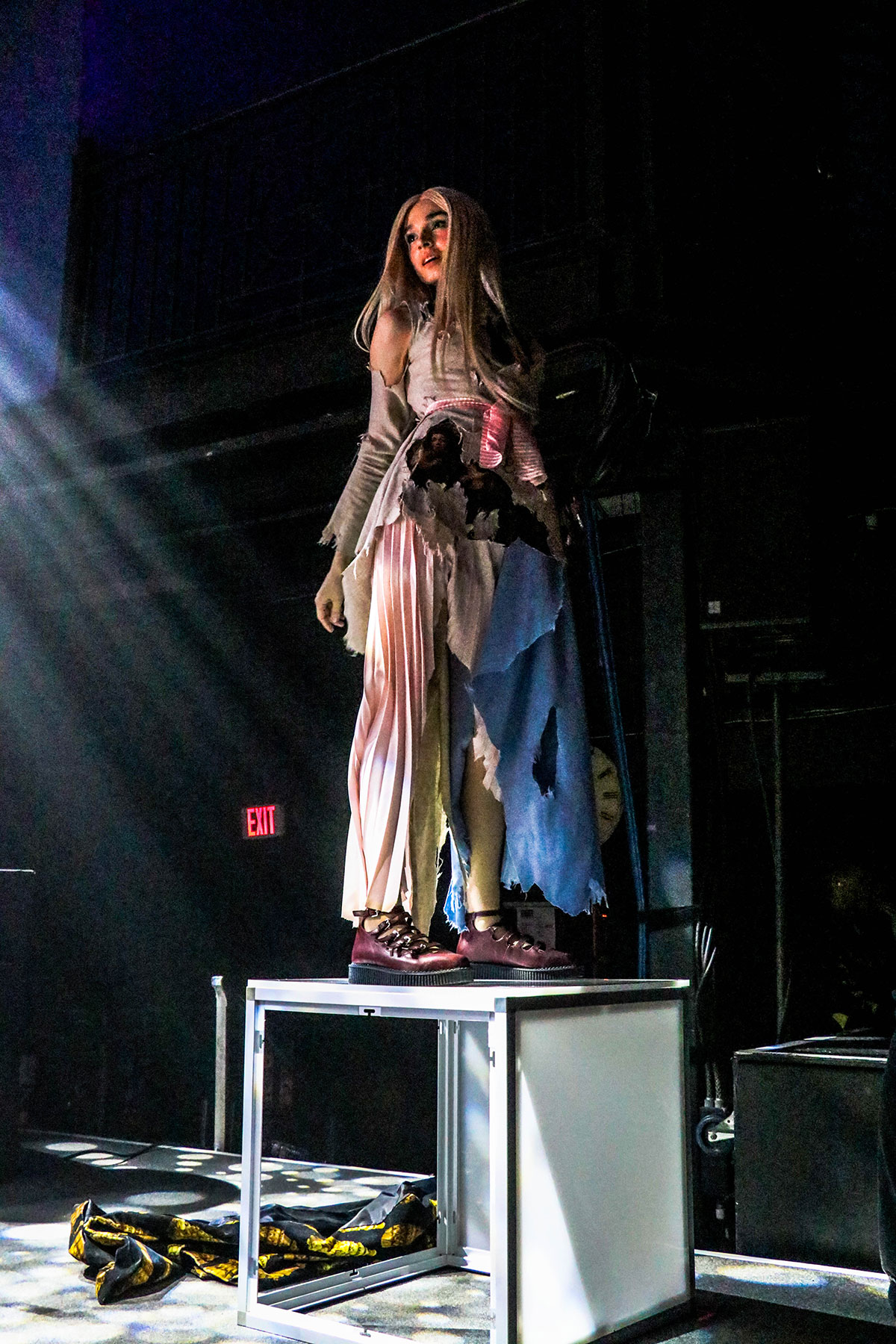 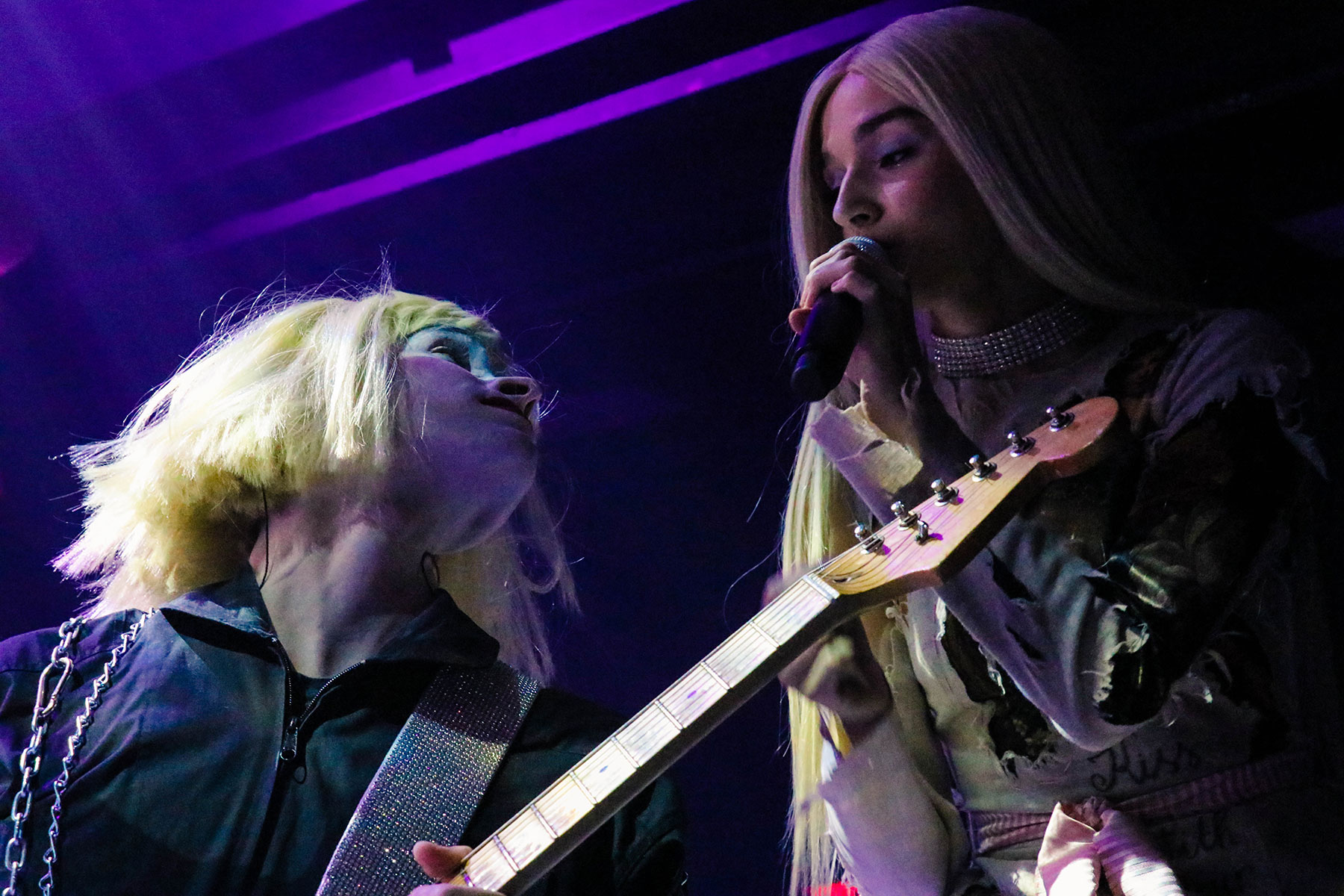 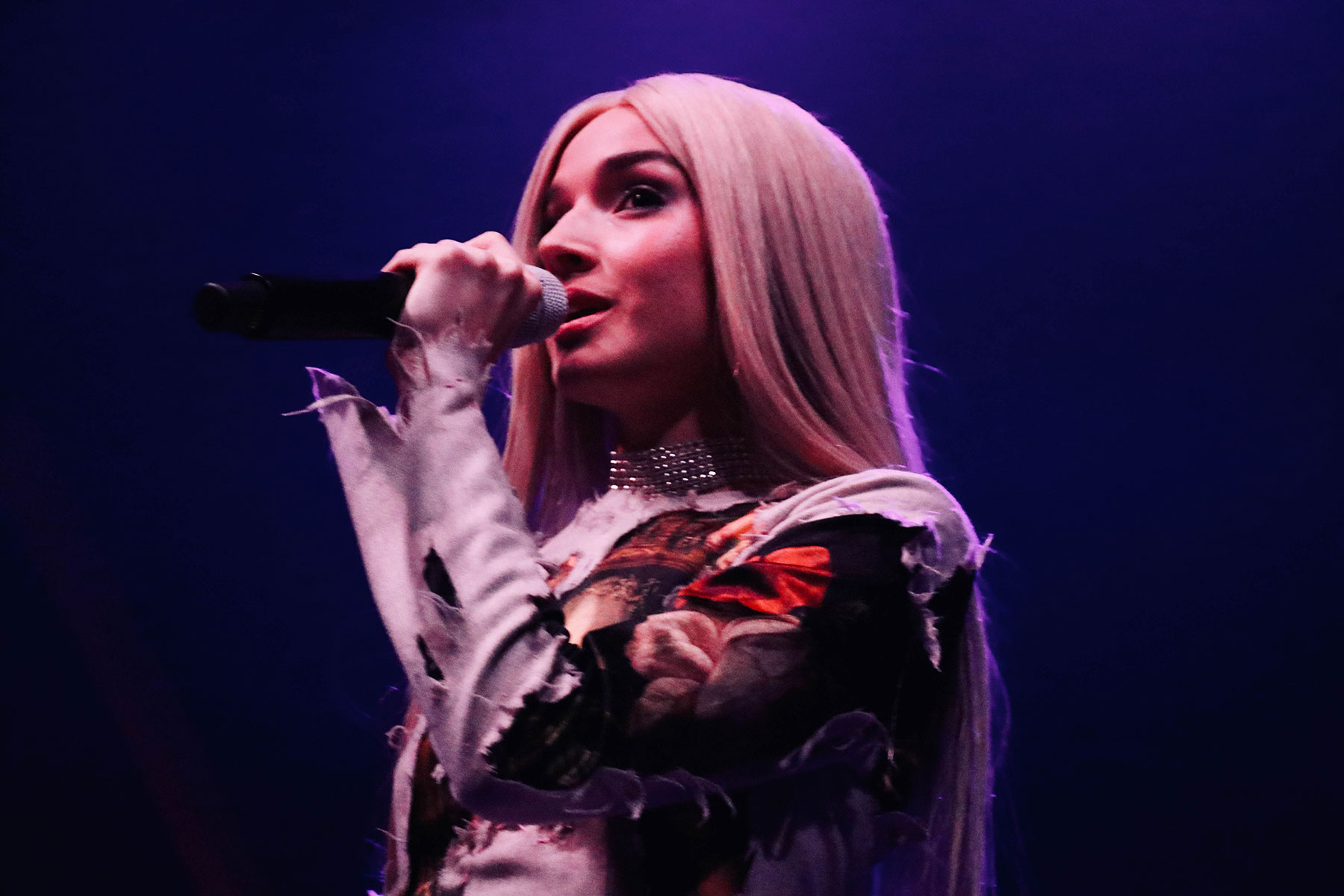